To say that Daithí Holohan has suffered for his art would be the easy way to open this piece. But would it be the most accurate? Perhaps not.

There’s so much more to him than that. It’s best to leave the trope of the tortured artist at the door.

When you stand in front of Daithí, you know you’re standing in front of a man with stories to tell. He’s a walking tapestry of tales. As real as it gets.

Daithí was born into a staunch Catholic working class family in Kilkenny City in the 1950s.

“There was eleven of us in a two-bedroom house,” he recalls.

Daithí’s mother and father moved from Johnstown to the city in the early 1920s. Both were fluent in Irish and had been involved with the Gaelic League.

“Back then, you just got on with life. You played with the cards that you’re dealt. That’s what you had to do. There was no other way,” Daithí explains.

Daithí always had an eye for creativity and in his early teenage years he was taken on as an apprentice goldsmith by Rudolf Heltzel. After a year, he packed his bags and headed to the Aran Islands to learn Irish.

Daithí switched schools from the CBS to Kilkenny Vocational School when he arrived back in Kilkenny and immediately took to subjects such as technical drawing and metalwork.

“It turned out to be a great decision. I was able to put together a really diverse portfolio of art from the subjects I did in school and the drawing I did at home,” Daithí says.

His portfolio was so impressive that it bagged him a scholarship and he went on to study Fine Art in the National College of Art and Design (NCAD). 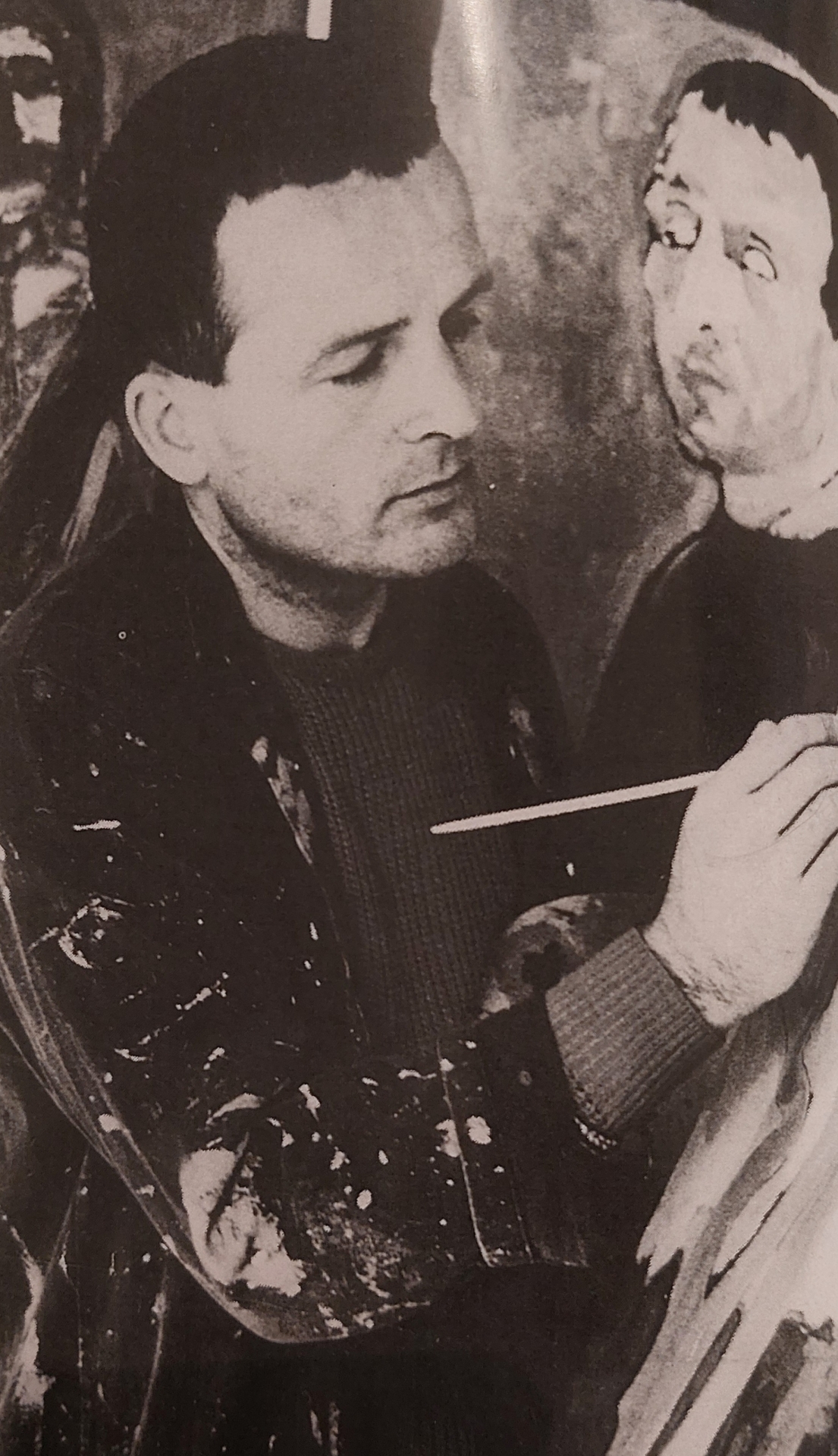 As part of his degree, Daithí went on an exchange to Minneapolis, and dug his heels into bohemian youth culture.

Into the third and fourth year of his degree, when not needed physically in college, Daithí would find work where he could.

This included jobs picking strawberries in Wexford and sweeping the streets across the water for the London Corporation.

It was in London, whilst staying in a grotty squat in upmarket Maidavail, that Daithí had his first major mental breakdown.

He had brought a girl back to his squat to show her his art after she had expressed interest only to tell him that it was ‘wicked and immoral’ and that he ‘should be ashamed’. 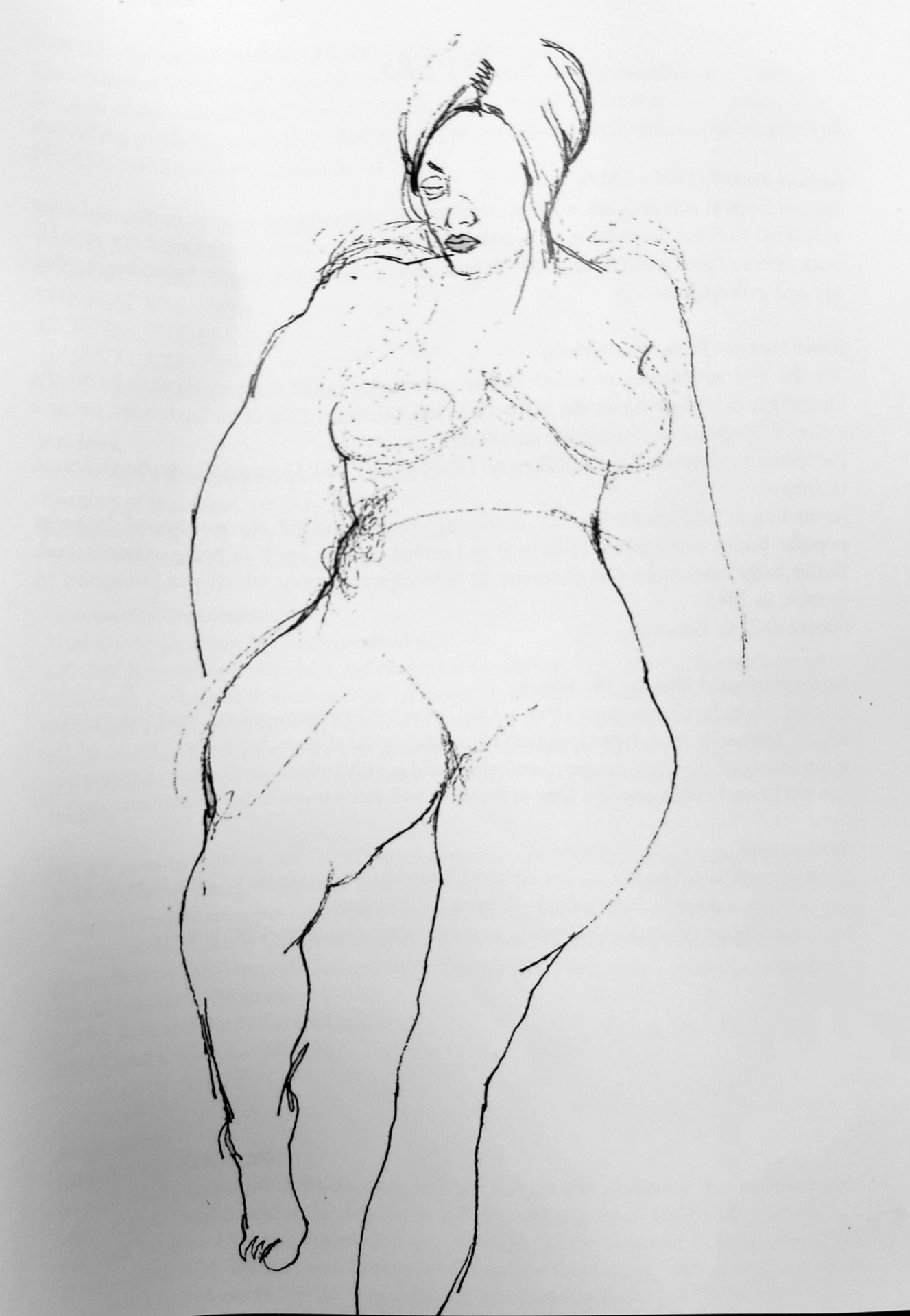 The comments shook him to his Catholic core and made him question everything. All of a sudden, this young woman shape-shifted into the devil himself before his very eyes. He had never been so scared in all his days.

The experience totally changed Daithí’s life and work, with ensuing admissions, voluntary and involuntary to psychiatric hospitals including in Mountjoy Prison and the so-called ‘Criminal Lunatic Asylum’ in Dundrum.

These experiences in institutions would shape a great core of Daithí’s work throughout life, and he often drew portraits of fellow patients to wile away the hours. 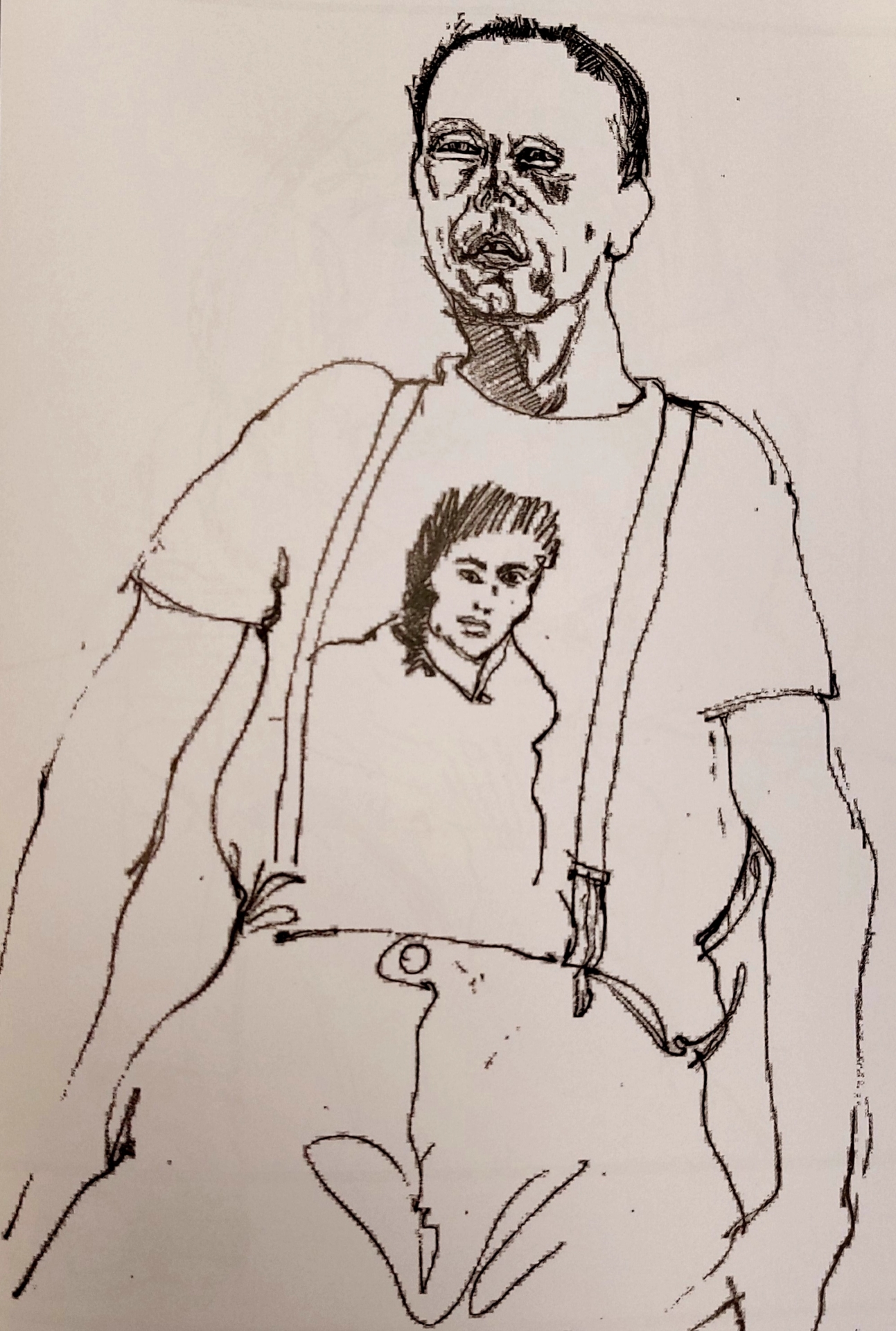 “The great thing,” Daithí says is, “that mental illness does not differentiate between class and creed and that you meet people of integrity from all walks of life.”

Thankfully, his stints getting treatment did not stop him from exhibiting his work when he was back on the outside. He gleefully exhibited in countless exhibitions in Kilkenny and in locations across the country throughout the 80s and early 1990s.

The birth of his daughter Shauna in 1994 further helped to ground him and gave him a renewed sense of purpose.

“I live for her now,” Daithí says. “Plus she keeps me on the straight and narrow,” he adds, with a chuckle.

Over the ensuing years, Daithí’s art style shifted from predominantly fine line detail portraits to loose interpretations of city and landscape. His recent work reflects an appreciation of his new surroundings, positive mental health and love of his daughter. 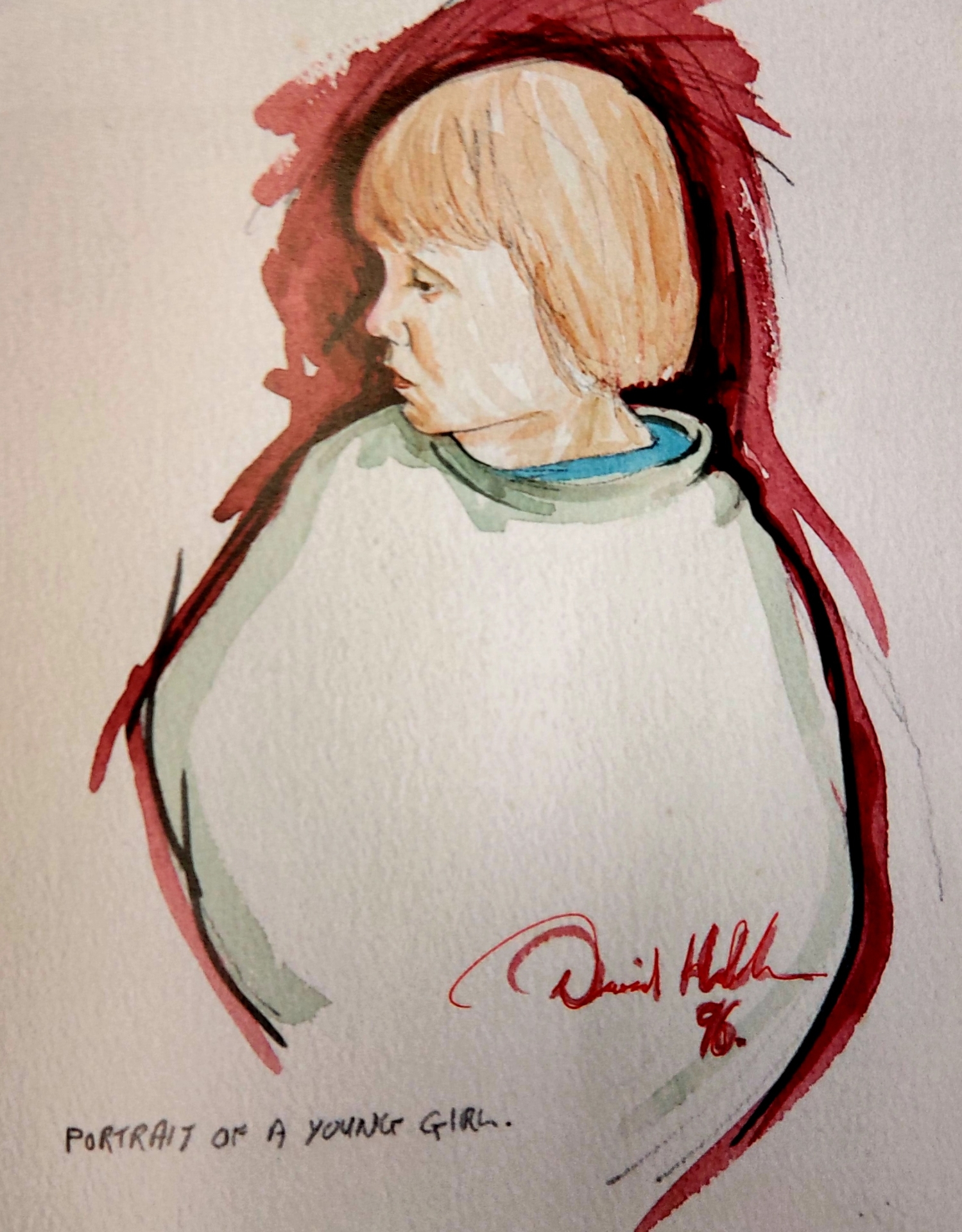 National art critic Aidan Dunne has described Daithí as ‘an instinctive naturalist with a good eye’.

Tess Felder, former journalist at the Kilkenny People, now working at the New York Times, points out ‘a sense of freedom and calmness in his more recent work’.

“By not following any particular medium or style, I try to retain a vibrancy and freshness in my approach to each new piece,” Daithí explains. 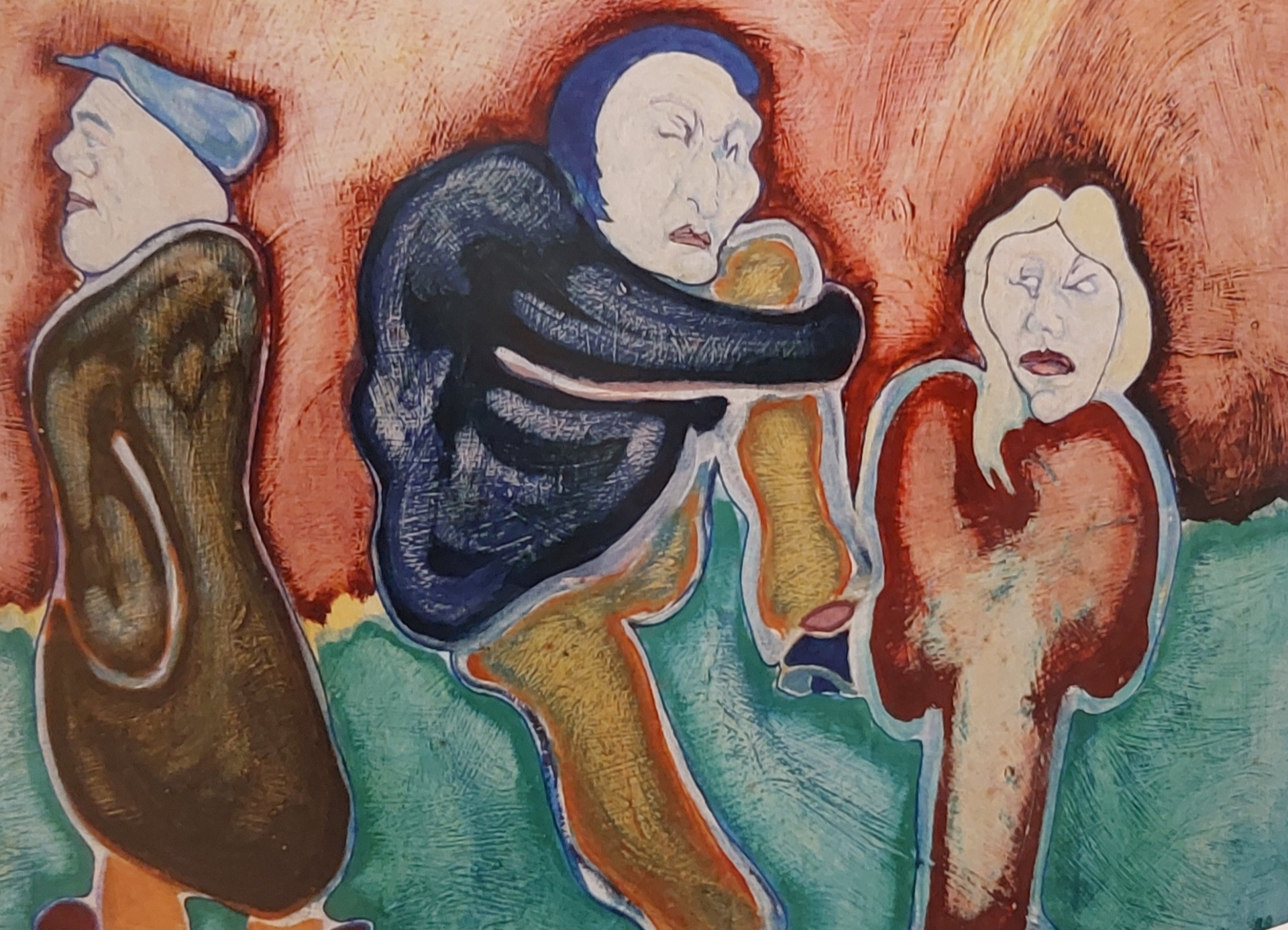 Recent exhibitions of his work have taken place predominantly as part of the Alternative Kilkenny Art (AKA) programme.

The most recent major exhibition was at Henderson’s on The Parade in 2018.

Post-pandemic, Daithí would like to push his art even further and exhibit it to even more eyes, as any artist is entitled to do.

Daithí is now seeking to exhibit all the eras of his work as part of a grand retrospective on himself as an artist and states that he has applied to Butler Gallery for that very purpose.

“There’s a great story to tell here. I just need to be given the opportunity and space to show it,” he emphasises.

Daithí has produced art in times of suffering that can only be achieved through intense moments of perceptual clarity.

The art of Daithí Holohan has helped to ground him within the reality of his immediate world throughout his life.

Has he suffered for it? Perhaps. Has he lived for it? Without doubt.

Storm Dudley: Trees down across Kilkenny City and County as 85km/hr winds recorded