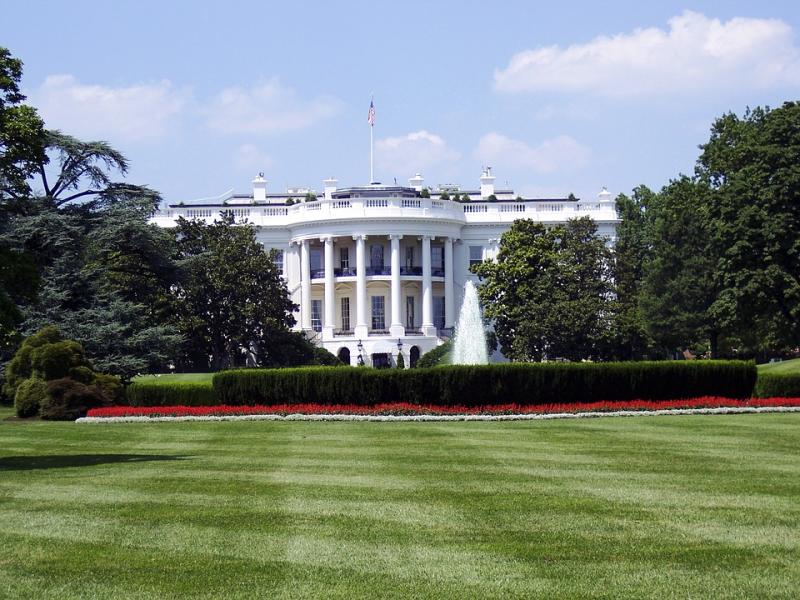 The White House in Washington

The town of Callan in Kilkenny is to get its second public monument within a year, when a heritage marker to White House architect James Hoban is unveiled on the morning of Bank Holiday Monday, June 5, in the enhanced public space at the upper end of Green Street.

The unveiling will be carried out by Judge Irvin Condon, President of the by the United States. He will be accompanied by his son Joseph, and also by Harry Cale, Secretary/Treasurer of the US society, and his wife Beth.

The marker will be near the long-standing memorial to Edmund Ignatius Rice, the founder of the Irish Christian Brothers, and on the opposite side of the street to the memorial erected in 2016 to Callan area participants and casualties in World War I.

It will complement the Hoban birthplace memorial at Desart, which was designed and installed in 2008 as part of the Spirit of Place series, a student project organised by the Department of Architecture of the Catholic University of America in Washington DC that encompasses eight sites in Ireland (a ninth will be added later this year at Cong in Co. Mayo).

The Desart memorial project, which was funded by Kilkenny County Council and the Department of the Taoiseach, emphasises the spiritual connection between Hoban's native place and the land where he made his name as an architect, builder and public figure.

Although a Callan site was investigated as an option at the time, the rural space at Desart proved more suitable to the 'Spirit of Place' concept. But the James Hoban Society in the US had always wanted a heritage marker that would explain Hoban's contribution and achievement in more detail, in a location with a greater passing 'footfall' and agreed to provide the funding for the Callan location following the completion of the streetscape improvement scheme there.

As 2017 is the 200th. anniversary of Hoban's rebuilding of The White House following its destruction by fire in 1814 during the war with the British, it was felt appropriate to commission the monument this year.

As was the case with the Desart project, all of the work on the project will be carried out by local contractors, with the stonework by P. Molloy & Sons, and the graphic production and fabrication by Ballyhale firm Signiatec.

Later in the year there are plans for events which will commemorate not only the Hoban connection with Callan and Washington, but also the contribution of other Irish contractors and staff members to The White House down through the years.

Activities are proposed for Callan, Killarney (at the former Irish home of John McShain, who rebuilt The White House in 1948) and Washington DC.

The Callan events will include a lecture on July 4th as part of the Abhainn Ri festival. It will honour the Kilroy family's connection with the town and will be given by David Kilroy, a professor of history at Nova Southeastern University in Florida, and a son of the late Michael Kilroy. His subject will be US presidential visits to Ireland.

The monument installation will consist of

A foundation for 8ft x 4ft oval base, with stone paving in limestone and flamed finish to meet slip-resistance requirements for outdoor location; etching of outline of The White House on same; all to be inserted in existing paved streetscape

A straight lectern in monumental-quality limestone to dimensions of 6ft (wide) x 18in (deep) with sloped height of 9in, the whole slightly angled on pedestals 9in square with sloped height range of 31in at rear to 25in at front; the face of the lectern to incorporate six recessed spaces for information panels, with etching of image of James Hoban in oval space at centre, to be executed in white on polished black granite material

Six number A4 panels etched in zinc using a raised-effect process for lettering and images;

the information to be contained in the panels on the lectern will be divided under the following headings:

James Hoban's early life and training at Desart and in Dublin, and his professional career in the early 1780s
Philadelphia and Charleston: James Hoban's early experience in the United States, including his connection to Pierce Butler and his move with his siblings to Charleston, where he established his reputation
Washington and The President's House: James Hoban's involvement in the design and construction of The White House and his supervision of the Capitol
Building and Rebuilding a Capital City: James Hoban's work on rebuilding The White House as well as his involvement in miscellaneous projects including the Octagon, James Monroe's Oak Hill and ongoing work on The President's House, including the installation of the porticos in 1829
Citizen and Family Man: James Hoban's contribution to Washington City's civic and social life, as well as his marriage in 1799 to Susanna Sewell and the raising of his extensive family
Information Source Panel: This will contain directions to the main monument at Desart, as well as provision for QR codes that will allow people to access additional information and translations of the panel information into foreign languages (note that it is also proposed to modify the information at the Desart monument to in direct visitors to the Callan monument)