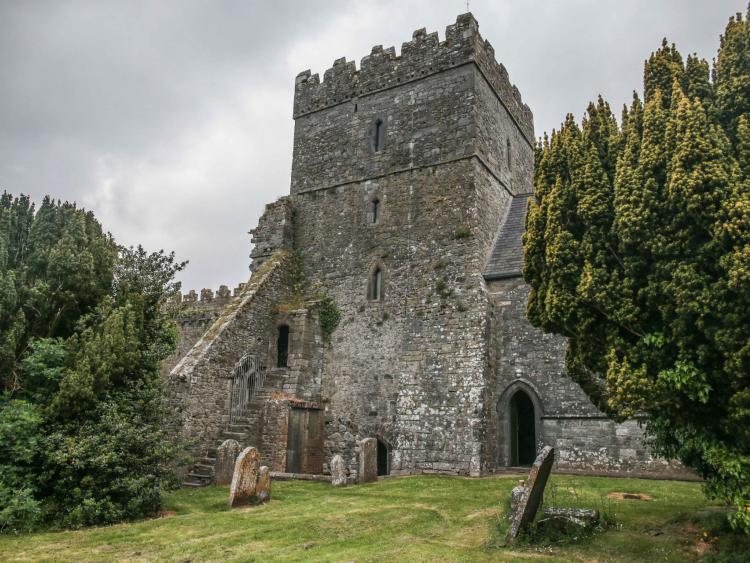 Majestic and imposing - St Mary’s Church in Gowran is a precious building, dating back centuries and is home to a wealth of history.
In recent weeks the monuments have been cleaned and the church has been painted. There is also an impressive audiovisual presentation in the stunning surrounds of the church that is both informative and educational.
The church was built in the 13th Century on the site of an earlier monastery. It is now run by the Office of Public Works and is open during the Summer season daily from Wednesday to Sunday and admission is free of charge.
It is one of the most historic sites in the county and fortunately visitor numbers are starting to increase with an average of 3,000 visitors each year.
Gerry O’Keeffe is a seasonal guide information officer based at the site and he has huge knowledge and interest of the rich history of St Mary’s Church and is happy to share his knowledge with visitors and brings them on a tour.
This collegiate church, was built in the late 13th century on the site of an earlier monastery.
It was served by a ‘college’ - clerics who lived in a community but who did not submit to the rule of a monastery. They lived in a house, now destroyed, beside the church. The church was a large and elaborate structure, with an aisled nave (the main part of the church where the congregation sat) and a long chancel (the section of the church where the altar was placed) and has high quality architectural sculpture used throughout.
In the late middle ages the existing tower was modified, and in the 19th century this tower was incorporated into the parish church which was built in place of the chancel and which now takes up about half of the building.There were also several other changes made to the church at various periods.