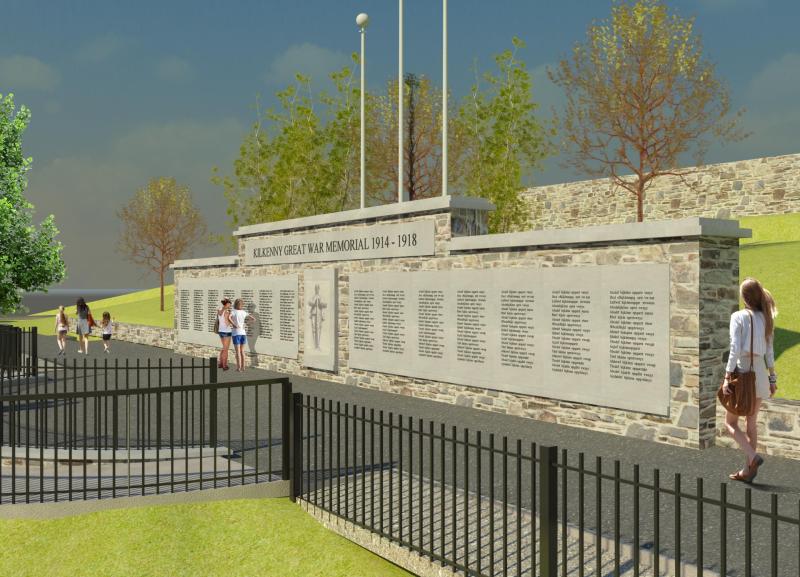 Gardaí in Kilkenny have expressed concern over the 'vulnerability' of the new war memorial in the city's Peace Park, and reiterated that CCTV should be installed in the area.

At last week's meeting of the Joint Policing Committee, Sergeant Peter McConnon noted the WWI memorial is nearing completion and would be unveiled on July 15. He said it was already looking 'phenomenally impressive'.

"It is a huge attraction, and - on a word of warning - it can be something that attracts the wrong type of publicity in some sectors," he said.

Sgt McConnon said the monument was 'in vulnerability', and CCTV was needed in the right places. He said he had also discussed the matter with senior council engineer Simon Walton.

"We did have a request that it be covered by CCTV or have some sort of camera for protection," he said.

This refers to a recent report submitted by Gardaí recommending the installation of two CCTV cameras in that area covering the Central Access Scheme bridge and parts of the Abbey Quarter.

In addition, at last week's meeting, Superintendent Derek Hughes confirmed that Gardaí were 'having a number of issues in that area in Peace Park with the good weather'.