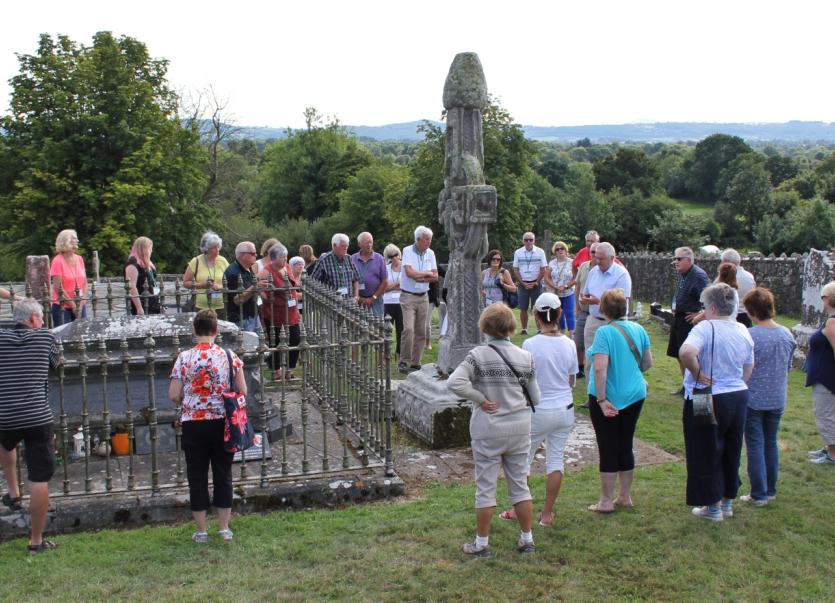 Visitors from Newfoundland listen to a talk by Muiris Ó Súilleabháin, Professor of Archaeology, at Kilkieran High Cross

A group of 57 people from the Canadian island of Newfoundland took part in a visit to Kilkenny and the South-east recently as part of the 13th annual Ireland Newfoundland Festival.

Kilkenny was the biggest source of migrants to Newfoundland during the period 1760-1830, and their descendants have a keen interest in their heritage.

After three days in Carlow, the group arrived to the Marble City, and their first visit was to the Smithwick’s Experience where they learned of the origins of brewing on the site of St Francis Abbey. They then crossed to Rothe House.

They then had an opportunity to visit the Medieval Mile Museum, followed by Kilkenny Castle.

Following a visit to the Design Centre and some free time in Kilkenny, it was time to head southwards to Mullinavat where they met their host families at the Rising Sun. Later that evening there was a lively musical get together in the Fox’s Den, Kilmacow. 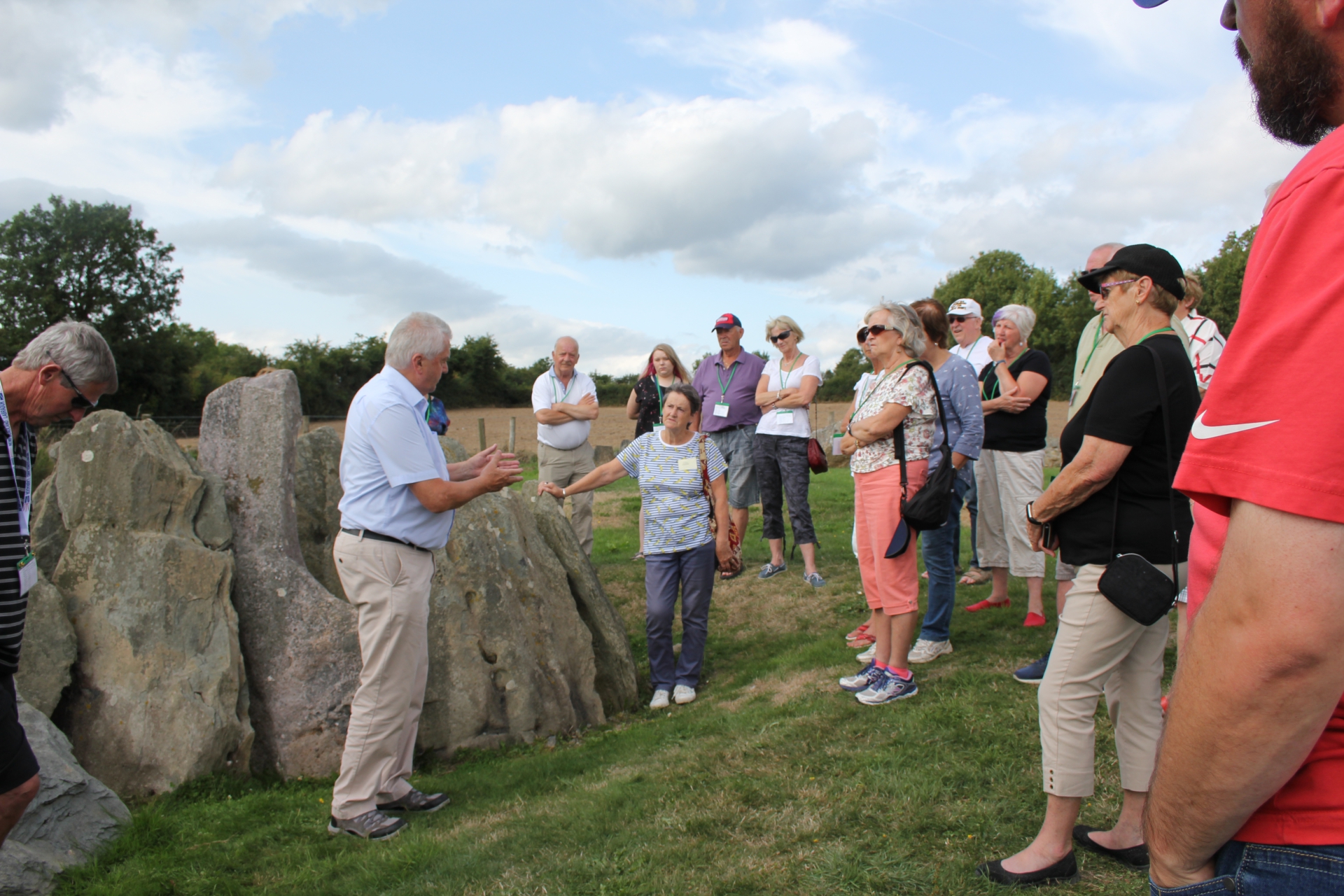 A talk at Knockroe by Muiris Ó Súilleabháin

On Tuesday morning Kildalton College (Piltown) hosted the visitors. They were greeted by the Principal of the College Paul Hennessy.

After lunch in Anthony's Inn, the group were led by Muiris Ó Súilleabháin, Professor of Archaeology (UCD) for a visit to the High Cross at Kilkieran and to the Passage Tomb at Knockroe. The group returned to the Rising Sun for a buffet meal before setting off for the Parish Hall in Mooncoin for the centrepiece of their stay, the Aloy O'Brien Tribute Concert. The hall was full to capacity with an overflow comfortably accommodated in the Supper Room.

The attendance, with Tom Nealon (Carrick) and Kyran Dwyer (Newfoundland) as MCs were treated to three hours of wonderful entertainment.

On Wednesday, the visitors went to Carrick-on-Suir where they had a tour of Ormonde Castle,the best example of an Elizabethan manor house in Ireland which dates from the 1560s. Then, they got an opportunity to see and engage in the many craft exhibitions on display.

In the afternoon, Joe Sullivan (Waddingstown) was guide for a tour of the farm villages of SouthKilkenny which included Carrigeen, Corluddy, Lickettstown, Glengrant, Moonveen, Old Luffany and Ballygorey. He brought them along the old raised footpath between Moonveen and Glengrant and showed them the old homestead of Bob O’ Keeffe after whom the Leinster Senior Hurling trophy is named. They got a great appreciation of the heritage of the area, the relationship of people to the land and to the River Suir and the tradition of hurling.

Following refreshments in Doyle’s the group went to the amenity area at Grannagh Castle where Peter Walsh gave a demonstration on cot-net fishing as practiced for generations on the River Suir. The evening was completed with a traditional meal of colcannon and ribs in The Thatch Cottage Café.

Cllr Tomás Breathnach, Chairman of the South Kilkenny Working Group, thanked all who had helped in the preparation of the programme, hosted families, delivered talks at the different events, and offered help and advice during the past few days. He acknowledged the support of Kilkenny County Council through the Festival and Events Grant Scheme and wished the visitors well in Waterford on the final section of their visit to the South-east.

Cllr Breathnach also presented Kyran Dwyer with a book entitled ‘Talamh an Éisc’, a compendium of essays on the migration of people from Ireland to Newfoundland and a piece of Jerpoint Glass inscribed with the words ‘Dúchas agus Cairdeas’ to reflect the heritage and friendship between both sets of people.

Appropriately, the night was completed with music and song which also was reflective of the shared traditions of both communities.