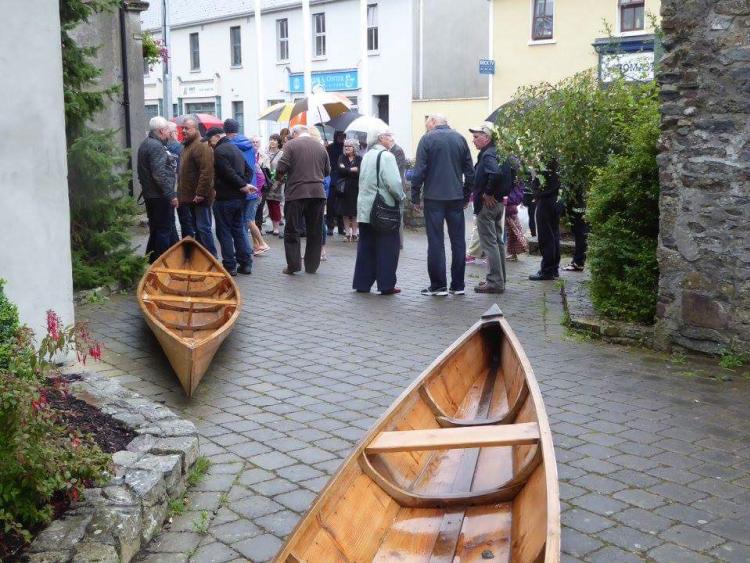 The 2016 Newfoundland festival visit to Thomastown

Nearly 60 visitors from ‘the most Irish place in the world outside Ireland’ will arrive in Kilkenny later this month, for a now-annual festival celebrating their heritage.

The 13th Ireland Newfoundland Festival will bring together people from across the South-east of Ireland and the Canadian province of Newfoundland. Some of the engagements planned are taking place in South Kilkenny from the August 20 — 23, as Kilkenny was the biggest source of migrants to Newfoundland during the period 1760-1830.

By settling in isolated coastal outports, Newfoundlanders preserved intact their Irish culture, heritage, and even some distinguishing physical characteristics. Importantly, they also kept their attachment to Ireland and its people.

Over 30 local households are preparing to open their doors to the Canadian visitors, offering them accommodation on a bed and breakfast basis, during the three nights they’re here.

Monday, August 20: At 10.30am, visitors arrive in Kilkenny City and visit to Smithwick’s Experience, Rothe House, Kilkenny Castle, and Medieval Mile Museum. They will be welcomed to South Kilkenny at the Rising Sun in Mullinavat at 6.30pm when they will meet their host families. Later there will be a get-together in the Fox's Den, Kilmacow.

Tuesday, August 21: There will be a morning visit to Kildalton College, lunch in at Anthony's Inn, Piltown, In the afternoon their tour will include the some of the ancient sites and high crosses of South Kilkenny. The Aloy O' Brien Concert will be held at 8.00pm in the Parish Hall, Mooncoin. Aloy O' Brien was the last native Irish speaker in Newfoundland and was hugely instrumental to the maintenance of the connection between Newfoundland and Ireland. Featuring in the concert
are Hometown, Dún Aill, An Sráid Bhaile and Pat Dalton with Sheldon Thornhill &amp; Seán Thornhill, Jenna Maloney and the group Tarahan from Newfoundland. Tickets cost €10. (Students and OAPs, €5).

Wednesday, August 22: The morning will include a visit to Ormonde Castle in Carrick-on-Suir. After lunch in there will be an opportunity to engage in local crafts before travelling back to Carrigeen for a visit to the farm villages by the River Suir and a visit to the local graveyard. Later on that night there will be a get-together in The Thatch at Grannagh.

READ MORE: 'YOU WOULD SWEAR YOU ARE TALKING TO IRISH PEOPLE

The festival programme aims to give the visitors from Newfoundland an interesting and enjoyable time where they will get to know and interact with host families and communities.

A working group has been meeting in Mooncoin since January, set up to organise accommodation and to oversee the programme. The group would like to acknowledge the huge interest and support locally for the festival, and also to acknowledge the funding and assistance of Kilkenny County Council.