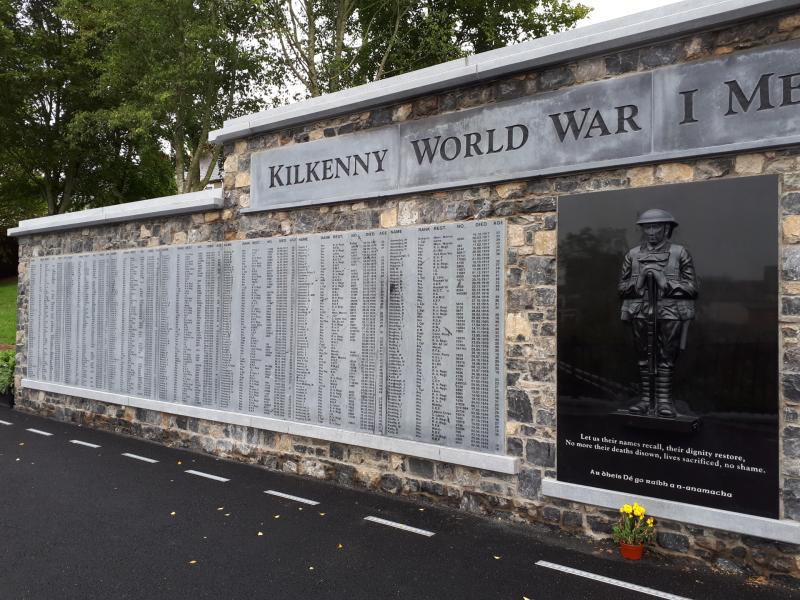 The WWI memorial has been cleaned following a spray paint incident

There have been renewed calls for CCTV to monitor Kilkenny's new WWI memorial in Peace Park, after the monument was defaced with spray paint in recent days.

Cllr Joe Malone raised the matter at Friday's meeting of Kilkenny City Municipal District. Gardaí had previously urged the council to put in place cameras before the memorial was completed.

On Friday, Cllr Malone said the incident highlighted the need for CCTV.

"Unfortunately, the monument has been damaged," he said.

"It was marked with some kind of spray. I would propose that we put CCTV in that area as soon as possible, before there's more damage done, and that we make it a priority.

"There are tourists and local people going down there day and night. It's a fantastic monument and a great location."

Cllr Andrew McGuinness said he seconded the proposal. The memorial has since been cleaned.

Director of services Tim Butler said that the council has been in consultation with Gardaí, and approximately 18 areas in the city had been flagged as potentially requiring cameras.

In June, Sergeant Peter McConnon told the Joint Policing Committee that the monument was vulnerable, and may attract the wrong sort of attention.

Cllr Malone told the Kilkenny People that a number of incidents of anti-social behaviour have taken place in the area, and CCTV is needed as soon as possible.