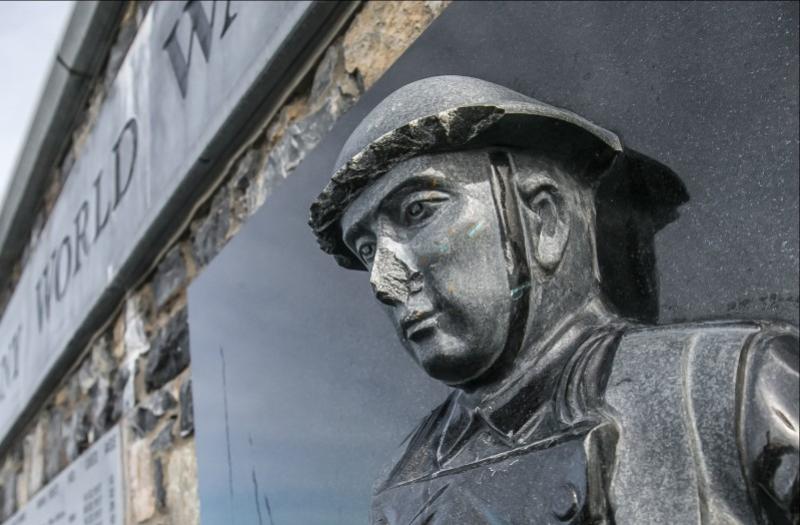 Kilkenny's World War I memorial has once again been targeted by vandals, who have this time done some lasting damage.

The carved stone face of the fallen soldier statue at the centre of the monument has had its nose sheared off and helmet damaged. Blue markings around it suggest some hard object or implement was used to chisel off the piece.

Gardaí have confirmed they are investigating the incident and are appealing for anyone with any information to contact them on 056-7775000. The incident happened some time between Sunday and this morning.

PREVIOUS INCIDENT
Prior to the unveiling of the monument last year, Gardaí asked the council to consider installing CCTV in the area. At a meeting of the Joint Policing Committee, Sergeant Peter McConnon expressed concern  the monument was in an area of vulnerability.

Following an incident in which the monument was defaced with spray paint in September, Cllr Joe Malone proposed that CCTV be put in the area 'as soon as possible'.

Cllr Malone has described the latest act of vandalism as "scandalous and disgraceful".

"It's the second time in recent months. If they don't get CCTV in to protect it, they might as well take it out altogether because it's going to happen again," he said.

The memorial was unveiled last July, inscribed with the names of 822 men and five women who died during the conflict. A fallen soldier statue stands in its centre.