The route will run from Ferrybank to New Ross 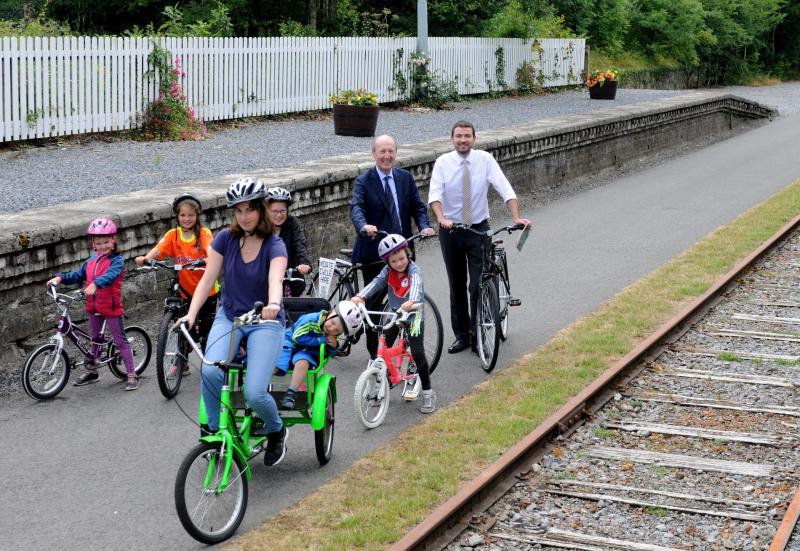 Minister Ross and Minister of State Griffin made the funding announcement today, as Bike Week 2019 is set to begin

The Kilkenny Greenway, which will connect Ferrybank to New Ross along a disused railway line, has been granted funding of €8 million from the Department of Transport.

Assessors to weigh up the application for funding were here in April to visit the proposed site and interrogate the proposal. The €8 million is the joint-highest allocation of the ten successful applicants, out of the 22 which applied.

Minister Shane Ross and Minister of State Brendan Griffin today announced the launch of Bike Week 2019 and the award of funding for the greenway projects around the country under Project Ireland 2040.

"There was a very high level of interest in this funding call with 22 applications received. We have chosen, following a detailed assessment process, 10 projects that will expand our network of Greenways around the country, building on what has already been achieved and laying the groundwork for continued expansion over the next decade.

Last year, local councillors approved the Part 8 application for the 24km-long ‘Greenway’, the majority of which is in Kilkenny.

“We have seen the benefits that the Waterford and Great Western Greenways have brought to towns like Dungarvan, Kilmacthomas and Newport," said Minister Ross.

"We want to see that type of benefit accruing to towns like Listowel, New Ross, Blessington and all the other towns and villages on the Greenways that we are providing funding to today. We will see many of these in use around the country during Bike Week.

“The projects funded through these allocations will provide safe, substantially segregated Greenways that give users access to the beautiful scenery that Ireland is renowned for and will bring new visitors to the many attractions there are to see around the country. All projects will also make provision for the All-Ireland pollinator plan to increase our bio-diversity and respect our environment."