A DAY IN THE LIFE - John Edward Nolan 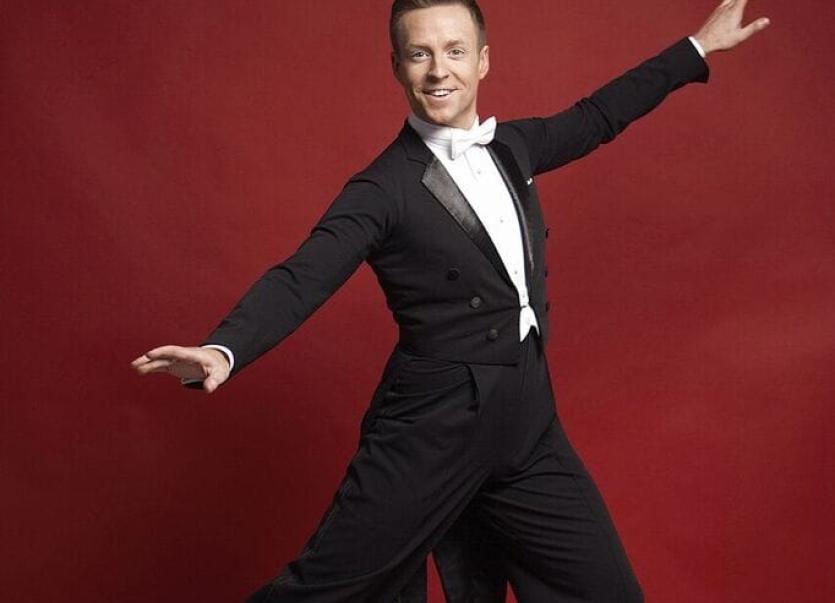 John is a professional dancer on RTE Dancing with the Stars and was recently crowned the Champion of Series 3 with celebrity dance partner Mairead Ronan. He is from Maudlin Street in Kilkenny and has been dancing since he was three. He has represented Ireland at World and European Championships and is an Irish Champion in Ballroom and Showdance. John is a fully qualified professional dance teacher in Ballroom and Latin
John please describe your typical day on set of Dancing with the Stars for a live show.

Morning – I’m picked up at 7.30/8am, there’s time for a quick bit of breakfast, then run through of group routines and solo routines. The girl’s hair and make-up starts then also.

Evening – LIVE SHOW!! Lots of chocolate and Berocca at the ready! All the hours of rehearsal comes down to one and half minutes. Home for a spice bag after the show!!

Did you always want to be a dancer?

At the age of fourteen I decided it was going to be my career. I went as far as my Leaving Cert in the CBS and then pretended to go to college to study International Business in DIT as it was my only means of getting to Dublin to the big dance studios. I dropped out of college after two weeks and didn’t tell me parents!

When did you come clean with them?

After the Christmas holidays I told my parents. I had to prove to them first that I could hack it. I didn’t want any regrets, to look back and say I didn’t give it a chance.

Who was the biggest influence in your dancing career?
My family as they have supported me through the good and the bad times. I’ve been lucky to have great highs in my career but there has been many lows that people don't see. To have a supportive family there to encourage you through those moments is the most important thing and I'm very lucky to have had that along the way.
What’s your career path being to date?

I’ve been Irish Open and All Ireland Ballroom Champion numerous times. I’ve also won the Irish Showdance title. I have being teaching since the age of 17 and with Xquisite Dance the past seven years where I have trained numerous Irish Champions. I've been on Dancing with the Stars (DWTS) for the past three years.
What do you prefer the most – shows or competitions?

I’ve been reared in competitions and I am naturally competitive as a result, I now love to see the kids I teach improve and win at competitions. Myself, I love the show side now, it allows me to perform and express myself more through stories and emotion.

What happens when you are knocked out of Dancing with the Stars? Do you still work on set every week?

We are part of group dances each week, which is one of my favourite parts of the show as we get to showcase what we really can do as dancers. We collaborated with River Dance in Season 2 which was a dream come true. We also help the couples out that are still in the competition.

How does the TV Show impact on your day job?

As we train so many hours a week for the show I’m unable to teach as much in the dance school, it can go from a thirty hour week to maybe five or six hours of teaching.

On Sundays - the day of the live shows, is it all hair, make up and spray tans or is there any time for last minute rehearsals?

Spray tans happen on Saturday, amount of layers depend on if the top is off or not! Sunday is hair and make-up from 8am because there are so many people to get done. They have such a brilliant army behind the scenes, we have the best crew in the business.

Did you ever have any disasters at rehearsals or live on air?

Ohhhhhhhh..I've had a few alright!!!

This season alone, I’ve dropped Mairead out of lifts, we kicked each other, got tangled with costumes, costumes falling off - thankfully that was in rehearsals. On the live show Mairead did forget a step or two in the Charleston, did anyone notice?!

What was your favourite dance from 2019?

I loved them all but two really stood out; Viennese waltz to You are the Reason from the semi-final where we got our first score of 30 and our final dance of the series – the showdance to Don't Rain on my Parade. I feel these two dances were the ones that won us the Glitter Ball.

Just before you and Mairead Ronan were announced as the 2019 Dancing with the Stars winners, what was going through your head?

All I was saying was “please say Mairead, please say Mairead"...I stood in the final last year with Deirdre O’Kane and when we didn't win it was an awful feeling so I didn't want that again. When they announced MAIREAD I was in pure shock that it actually happened. It's a moment I will never forget as long as I live.

How did Mairead manage to juggle everything i.e. young kids, moving house etc.?

I still don't know, I couldn't mind myself let alone a family and a new house. Her family and husband were so supportive and helped with child minding and school runs when they could. Without their support it wouldn't have been possible, so they deserve a lot of credit for the Glitter Ball win.

Ye were tipped to win, did you have any idea that you would?

People were saying it and it was great to hear but you're never 100% sure when it comes to a public vote . We did everything we could have in the studio and thankfully the people could see it. I will never be able to say thank you enough to everyone who supported us through the series, I'm forever grateful.

You spent twelve weeks living in each other’s pockets during the show, do you see each other?

We saw each other every single day for three full months, no days off, so we became best friends. We still talk to each other regularly and I'm going over to see the new house soon, so can't wait for a proper catch up.

Was there withdrawals from the hype of the show when the it finished?

Oh yes there was...you go from hundred to zero in the blink of an eye. The show is so intense and takes over your life when it's on, so takes a few weeks to get back to normality!

I have to ask - Amanda or Jen?

Ohhh! They both had their own strengths on the show, Amanda was cool, calm and sophisticated while Jen is fun, bubbly and up for the craic!

Has Nicky Byrne finished with the show now that he is back touring with Westlife?

I’m not sure actually, would hate to see the show without him, I think he is a huge asset and is one of the most down to earth people you’d meet. Great craic as well.

You have fulfilled your lifetime dreams of winning world dance titles and participating in Dancing with the Stars. What’s next for John Edward Nolan?

I’m so delighted to finally announce my brand new show ‘Putting on the Ritz’, this is another dream come true.

How did the collaboration come about with the Swing Cats?

I met Luke Thomas and saw them recently at the Olympia Theatre where they brought the house down, they played all the old Hollywood classics which are my favourite. People were up singing and dancing and I knew they would be the perfect match.

And you are bringing the first show to Kilkenny?

Yes I’m so honoured to bring the first show back to my hometown. There is something special about the people of Kilkenny and the support I received especially this year on DWTS was just unreal. I’m especially happy to have it taking place in the Lyrath Hotel, as I used to work there for years.

Will you be touring Ireland with it?

Yes I’m hoping to announce more dates around Ireland in April and May of next year.

Should the audience bring their dancing shoes on the night?

Absolutely, I hope the audience will be up singing and dancing with us. Also watch out, a few lucky people from the crowd will be up on the stage doing a few moves too!
What else is on your bucket list?

I really want to do a safari, learn how to sign language and in the long term I would love the set up para dance in Ireland, which allows people with multiple disabilities to dance, that is something I’m very passionate about.

You are an Ambassador of Kilkenny’s Relay for Life, will we see you at it again?

Yes you will. I’ll be there with the Glitter Ball and anyone who would love a photo with it make sure to come along, all proceeds and donations will be going to Relay for Life Kilkenny.

You always look very dapper in your suits, do you shop a lot in Kilkenny?

Oh I do indeed, Frank Walls Menswear have the finest selection of suits and I love their new showroom upstairs.
What’s your favourite TV Show?

I’m obsessed with Love Island at the minute, purely because Curtis Pritchard from DWTS is on it.

What’s your favourite thing to do when you are home in Kilkenny?

Catching up with family and friends is the main thing or else a good night out.
You really are a proud Kilkenny person at heart?

Absolutely, I think Kilkenny is one of the nicest places in the world to be from. The town and the people are beautiful, the sense of community and support cannot be beaten anywhere. Even when you live elsewhere you're still part of the community. As they say, there is no place like home.
Last question – single or taken?