Increase in complaints, fines and prosecutions as offenders are caught for littering and dumping 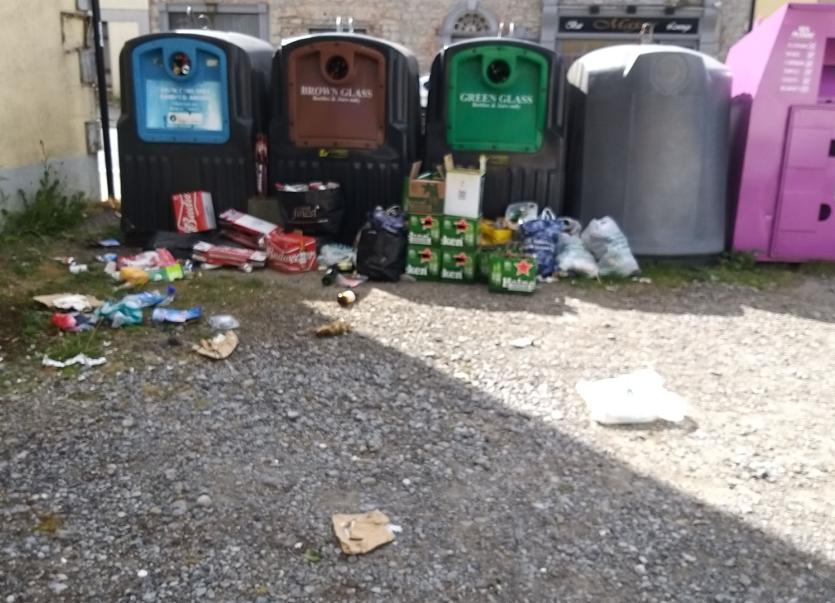 Ten new CCTV cameras will shortly be in place at bring banks around the county which have seen increases in littering and waste dumping in recent weeks.

The rise in illegal dumping has been a feature since the onset of Covid-19 restrictions, and Kilkenny’s bring banks have also seen a significant increase in material deposited. The number of complaints received by the council’s environment section with respect to this illegal activity has increased by 35% since mid-March when compared to the same period last year.

While temporary cameras continue to be rotated among different bring banks, ten new permanent cameras will now be in place at the worst-affected bring banks, bringing the total number of cameras to 20.

Senior engineer with the council’s environment section Frank Stafford said while most people are acting responsibly, a minority of transgressors are undoing others’ good work.

“There might be a perception that the enforcement team is stood down during the restrictions,” he said. “Nothing could be further from the truth. We are very busy.”

The increase in use of the bottle banks has been substantial. Mr Stafford says that where 320 tonnes of material was collected from bring banks during this period last year, 500 tonnes has been collected so far this year. The bulk of this material is glass.

Since January, 118 €150 litter fines have been issued, or are currently being processed, under the Litter Pollution Act, with 38 offences being detected in early May alone. Subsequent prosecutions through the courts are also pending for five individuals for failure to make payment on such fines.

In addition, a dozen €500 fixed penalty notices have been issued, and five prosecutions are pending for other offences under the Waste Management Act this year to- date.

Mr Stafford also cautioned people who are opting to dispose of their waste cheaply by handing it over to ‘the man in the van’ —unlicensed waste disposal operators, who could very well illegally dispose of it.

“If we come across evidence, it will fall back on that person,” he said.

He said the penalties under the Waste Management Act are significant, including hefty fines and imprisonment.

Local councillor Pat Fitzpatrick, who has been highlighting the increase in illegal waste disposal at bring banks, has welcomed the arrival of the new CCTV equipment.

“It’s great we will have them in place now to combat the scourge of littering and dumping,” he said.

“It is an important investment by Kilkenny County Council, and I want to thank the environment section for their response to the issues.”