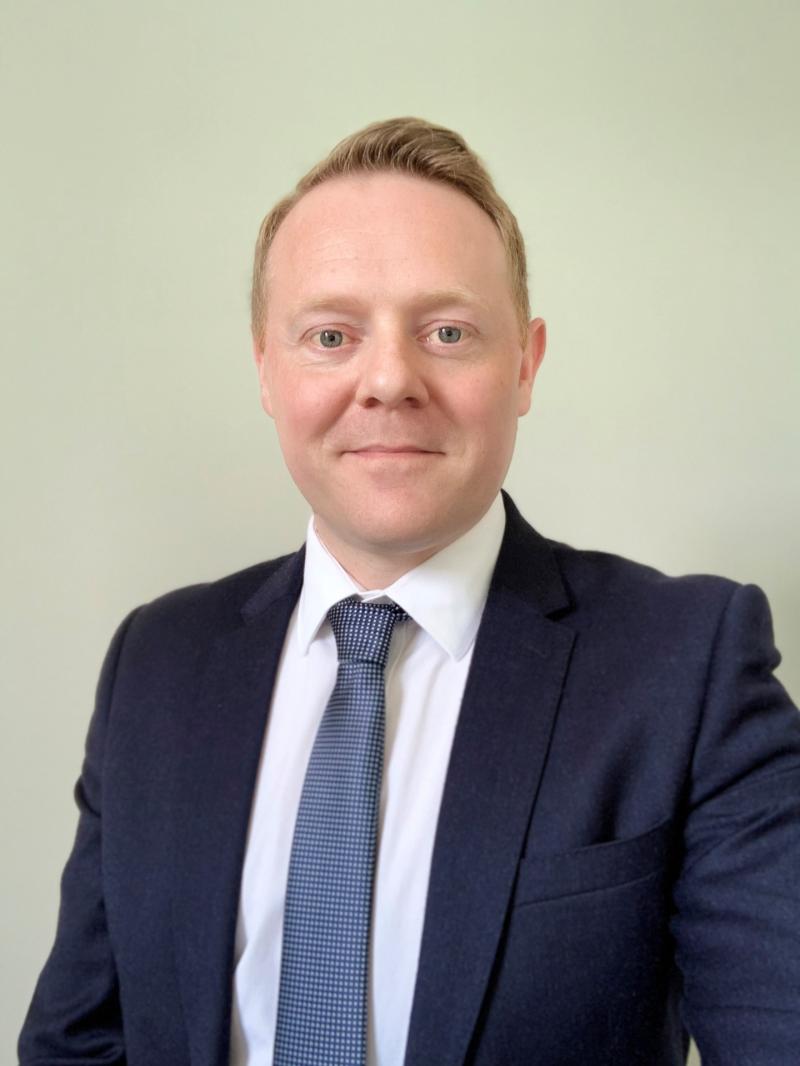 The South-East Greenway is set to open up South Kilkenny to a new world of visitors, cyclists and tourism.

It will also present a huge opportunity to new and existing businesses to create jobs. This greenway has the potential to transform the area.

Whether you already run a business in the area or if this is your first time in the business world, no matter what your idea is, he is ready to have a chat with you.

“This is a great project,” Alan says of the greenway and his new role in encouraging entrepreneurship. “It’s not every day you get an opportunity to develop something really positive.”

From Wexford town, Alan has a degree in marketing and a background in the private sector as well as local authority experience. He worked in business development in the SME sector for many years before taking a job in the finance section of Wexford County Council, so he’s well placed to navigate both the private and public sectors in his new role.

“My job is to assist local people, businesses and the community to develop business ideas on, or around, the greenway,” said Alan. He wants to be a liaison between all the different stakeholders. “My job is to be in the middle, hearing all the ideas.” For example, if you are located in Glenmore, have an idea for a business but have never run a company before, Alan can connect you with the Local Enterprise Office and Leader for funding or training support.

“I want to hear from existing businesses that have expansion plans and people with new ideas,” he added. “This is all-encompassing to create jobs in a rural area.”

With more than 100,000 people estimated to pass through the area when the greenway is open there are many opportunities for creating jobs and making money. Just some of those ideas might be B&B or glamping accommodation for greenway visitors, crafts, or food related businesses including tours of food producers. Opportunities will be there to cater to locals using the greenway regularly, commuters who will be able to cycle to work in New Ross or Waterford, and tourists.

Alan is open minded about every idea. He will be a support, liaison and keep in touch as businesses get organised and set up. “I wouldn’t want to put a limit on people’s ideas and want to hear any and all!”

Another aspect of his new role will be to engage with people along the route during the greenway’s construction.
He intends to be proactive in reaching out to businesses who might not even realise the opportunities the greenway will provide, or creating links between complementary businesses.

Sean McKeown, Director of Services at Kilkenny County Council welcomed Alan’s appointment.
“The South East Greenway represents a strategic investment that will transform South Kilkenny,” he said. “The recent appointment of Alan Fitzhenry as the Business Development Officer for the Greenway is a vital form of support to ensure that as construction gets underway, local communities, businesses and intending entrepreneurs are encouraged and facilitated to maximise the business opportunities that will arise when the Greenway opens.”

Alan will be attending meetings with local district councils in the coming weeks to introduce himself.
For now, is that the greenway route is a construction site and Alan asks people not to go onto it.
Alan invites anyone with a query or idea to contact him on Alan.Fitzhenry@Wexfordcoco.ie or check out SouthEastGreenway.net for information and updates on the greenway project.