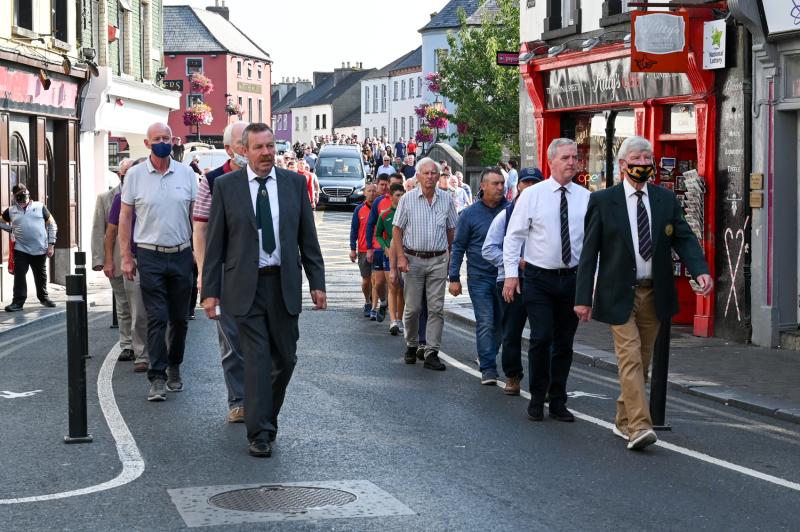 Former team mates, club officials, Kilkenny and the wider community have turned out to pay their respects to Liam 'Chunky' O'Brien, who died earlier this week.

As well as family, among them were James Stephens club chairman Paddy Neary, Kilkenny senior hurling manager Brian Cody, as well as players of all generations from James Stephens and Kilkenny.

Mourners honoured the hurling great along a socially-distanced route on Thursday morning, en route from Johnston's Funeral Home to St Patrick's church, via John Street and Patrick Street. A reqiuem Mass for close friends and family was celebrated at the church.

Many tributes have been paid to Mr O' Brien during the week, with former GAA President Nickey Brennan, who hurled alongside him, describing 'someone that was adored by the Kilkenny supporters, mainly for his style in the way he played the game'.