RIP: Popular and respected miller was a family man and avid swimmer, passionate about his native city 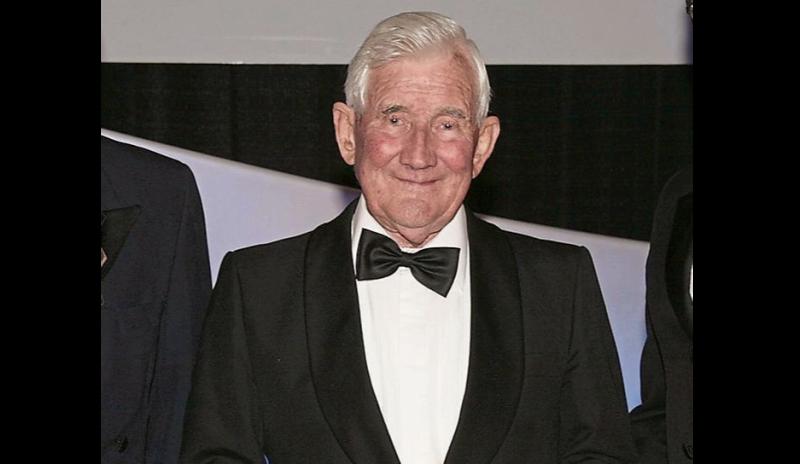 The late Billy Dalton. He is pictured here receving the Kilkenny Chamber of Commerce Lifetime Achievement Award in 2013

He was highly respected as a successful businessman, running the milling business on the River Nore with his brother, the late Frank Dalton, initially at Green’s Bridge. During the 1960s, it relocated to Chancellor’s Mills at Freshford Road. The business continues to this day, remaining in family hands.

Mr Dalton played for the Kilkenny hurling minors in 1942 and flew all over the Middle East for the Royal Air Force (RAF) in swimming galas as a young man. His passion for swimming did not abate in his later years, and he was a regular and enthusiastic participant in the annual Nore Swim until his late 80s. He was associated with many clubs and groups throughout Kilkenny, including Kilkenny RFC.

Of Freshford Road and formerly of Chancellors Mills, Vicar Street, Kilkenny, (peacefully) at his home. Husband of the late Nora. Beloved father of John, Denis, Billy and Richie.

He will be sadly missed by his sons, daughters-in-law Ethel, Catherine and Catriona, grandchildren Ella, Emma, Bill, Denis, Nessa, Mark, Will, Jessica, Olivia and Alannah and close family friend Sarah who cared for Billy, his extended family and friends.

Requiem Mass for Billy will be celebrated on Saturday, October 2, at 11am in St Canice's Church (50% capacity of the church) followed by interment in Foulkstown Cemetery. Billy's Requiem Mass will be live streamed on www.stcanicesparish.ie. Billy's family would like to thank all who cared for Billy and made him comfortable at home.