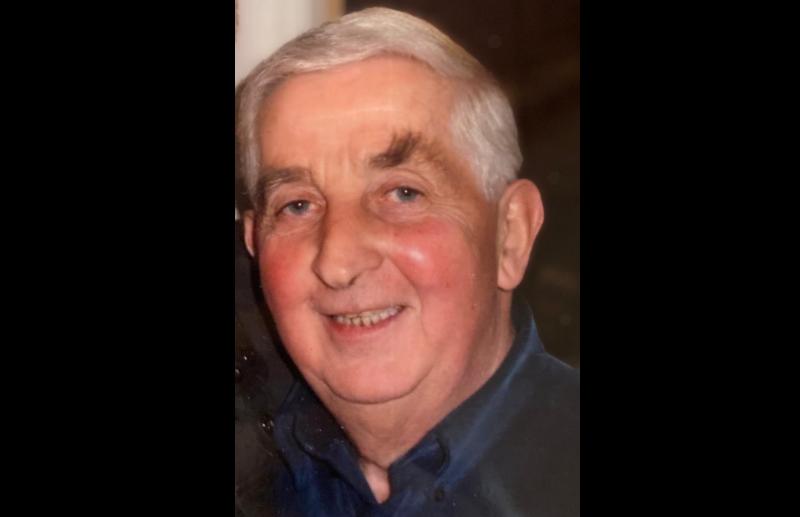 A gentleman, a very gentle man, quiet as the proverbial mouse and a most unassuming person that was liked and loved by all.

Yes, that was the late great Joe McKee. One of Kilkenny’s finest. In sport, basketball was Joe’s first love and over the course of his sporting career Joe would win every honor in the game.

No 24 remains a Kerwick household to this day with Anne, wife of the late Jim ‘Baldy’ Kerwick, living there. Many will remember Baldy, another great basketball player. Rarely you will find two legends of the game coming from the same address.
Joe played with ‘Dynamos’ and their matches against Thomas’ Square and The Village would draw huge crowds down to the Water Barracks.

Joe also played with ‘Set-Shots’ who were the best togged out team in Kilkenny City following one of the players Pat Grey arriving in America and sending back yellow satin shorts and blue and yellow vests to the team – everybody wanted to play for them.

In 1959, Joe achieved the ultimate when he was capped for Ireland. What an honour when you consider basketball had only started in Kilkenny a few short years earlier. The year 1962 was to be one of Joe’s finest. He was then playing for Robert Emmet’s and captained the team to an All-Ireland title – a great achievement for him and the late great coach Paddy Ryan.

They say behind every good man is a good woman and that is so true in Joes case and in 1961, a gentleman, Joe, married a lady, Carmel Murphy. They had three children, two sons, Canice and Brian, and a daughter, Grainne. Two of the children were born with the basketball gene. It skipped Brian for some reason or another, Brian would focus his sporting energy on the hurling pitch for the Village. Canice and Grainne became very good basketball players in their own right and in fact Canice secured a two-year scholarship to San Antonio, Texas in 1984.

A great thrill for Joe – like father like son. Grainne was a very accomplished player and played for Set-Shots and St. Patrick’s.
As mentioned earlier Joe was steeped in basketball at No 24 Butts Green and after his marriage to Carmel went straight into another basketball haven when he moved to 48 St Fiacre Place.

My own early memories of basketball were looking forward to those halcyon days waiting patiently for the game to start and watching my heroes. Joe with his skill and style always caught my eye. Although in age we weren’t a million miles apart I wanted to be Joe McKee when I grew up. Eventually I had the experience of playing with him and against him – always a pleasure.

He played senior inter-county with Kilkenny for many years and was a regular for Leinster in the provincial series. A player of class and quality and a gentleman of the same ilk.

Joe wasn’t just a great basketball player. He has another few strings to his bow. He loved being on stage and was a wonderful actor – he was a member of the ‘Don Bosco Players’ who regularly put on plays and concerts in The Boys School on the Butts Green. One of his best performances was when he played the part of Kevin Barry in the play of the same name.

He was also a beautiful singer and his rendition of ‘Santa Lucia’, ‘Poor old Joe’ and many more were appreciated by all. He was also a member of ‘The Singing Grandads’ with his friends Noel O’Sullivan and Peadar Malone and they made a brilliant CD which got plenty of airtime and raised much needed funds for charity. A multi-talented man.

Joe will be sadly missed by his wife of 60 years Carmel and by his children Canice, Brian and Grainne and extended family. His passing is an immense loss to us all. You are gone Joe but will never be not forgotten. You touched so many with your warmth and kindness and of course you were undoubtedly one of Kilkenny’s finest basketball players with your skill and style.
It was my personal pleasure to know you and watch you play the game. A joy to behold. May you rest in peace my friend.