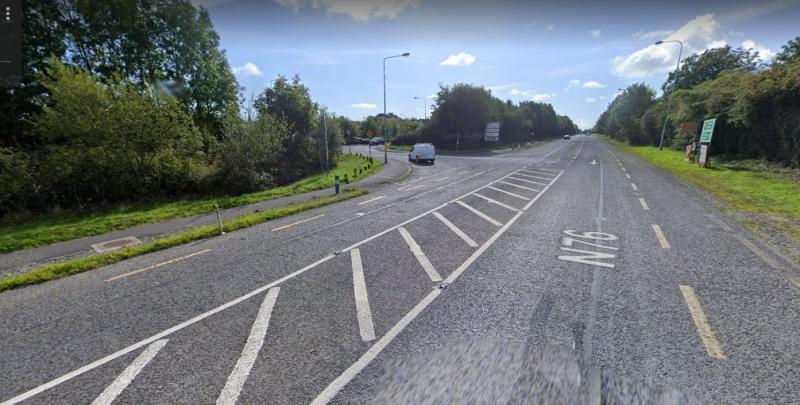 A ‘ludicrous’ speed limit of 100 kph on the Callan bypass has to be changed, because it is “one of the most lethal stretches” in Kilkenny.

Members of the Callan Thomastown Municipal District have called for the speed limit on the busy road to be reduced to 60kph - but they were told that is ‘not appropriate.’

Councillors have also been told that it is unlikely Transport Infrastructure Ireland (TII) will agree to changing the speed limit as the road was designed for vehicles travelling at 100kph.

Cllr Matt Doran described the 100kph limit as “ludicrous.” He said making it 80kph would be better but he would have been happy with 60kph. He said he understood it was a decision for TII but the councillors were attempting to force the issue with TII.
“Something has to be done with the right-hand turns,” said Cllr Doran, raising fears of accidents along the bypass. He said they were fortunate there were no serious injuries there up to now.
The Callan bypass “is one of the most lethal stretches in the county today,” he warned.

Council engineer Michael Murphy accepted there are a lot of junctions and cross movement on the road. If the road was designed now, not as many turns would have been left on the road, but those junctions are designed for 100kph traffic, and that is the answer they will probably get from TII, Mr Murphy told councillors.

Mr Murphy said approval from TII is required for any change to speed limits on a national secondary road, which the Callan bypass is.
A speed limit of 60 kph on that road is “not appropriate” he told councillors, but he will recommend to TII that the limit be reduced from the current 100kph to 80kph.

Arguments in favour of the 80kph speed limit include the planned widening of the footpaths on the bypass as well as the increased traffic on the bypass as a result of the one-way system in the town.
Changes were called for as part of a speed limit review on roads in the municipal district.
Of 14 submissions for speed limit changes, a Kilkenny County Council review agreed with six changes, refusing another eight, including on the Callan bypass.

Speed Limit Changes
Roads where speed limits are to be changed include:

Extension of the 50kph zone along Wood Road, Graignamanagh, reduced from 80kph;

Extension of the 50kph zone along the Mill Road, Inistioge reduced from 80kph;

Reduction of speed limit from 80kph to 60kph along the approaches to Burnchurch;

Reduction from 80kph to 60kph limit on the approaches to Coolagh Cross Roads;

Reduced speed limits will be extended on the Stoneyford to Ennisnag road, as improvement works take place.