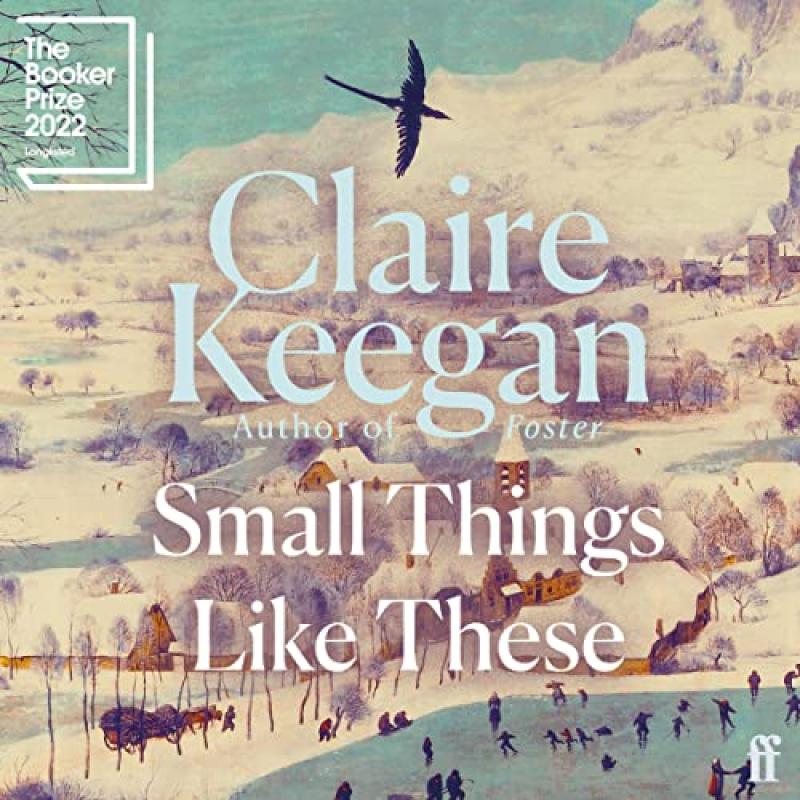 Irish author Claire Keegan has been shortlisted for this year's prestigious Booker Prize 2022.

Small Things Like These tells a story set in the town of New Ross, in the 1980s - a scene familiar to many Kilkenny readers! It joins the six-strong shortlist at 116 pages, making it the shortest book in terms of pages in the prize’s history.

The shortest to win was the 1979, 132-page title Offshore by Penelope Fitzgerald.

Keegan, who was brought up on a farm in Ireland, published her first volume of short stories, Antarctica, in 1999 and it went on to win the Rooney Prize for Irish Literature.

Her other acclaimed works include Foster and Walk The Blue Fields.

She joins five others including the oldest writer to be shortlisted for the prize, British author Alan Garner, who is known for his children's fantasy works and retellings of British folk tales.

After his book was longlisted for the prestigious literary prize, he said: “Age, in itself, is irrelevant. However, as with all skills, an apprenticeship has to be served, through practice and experience.”

The shortlisted authors represent five nationalities and four continents, with an equal split of men and women featured.

“Set in different places at different times, they are all about events that in some measure happen everywhere, and concern us all. Each written in English, they demonstrate what an abundance of Englishes there are, how many distinct worlds, real and imaginary, exist in that simple-seeming space, the Anglosphere.

“Two – Oh, William! and Treacle Walker – are about the inner life, as a young boy and a middle-aged woman, in their particular ways, come to a new understanding of who they are and what they might become.

“The other four books address long national histories of cruelty and injustice, in Sri Lanka and Ireland, Zimbabwe and the United States, and in each case the enduring historical tensions provide the dilemmas in which the characters, like their societies, are put on the rack.”

He added: “Why did we choose these six? In every one, the author uses language not only to tell us what happens, but to create a world which we, outsiders, can enter and inhabit – and not merely by using words from local languages or dialects.

“NoViolet Bulawayo’s incantatory repetitions induct us all into a Zimbabwean community of memory and expectation, just as Alan Garner’s shamanic obliquities conjure a realm that reason alone could never access.

“Percival Everett and Shehan Karunatilaka spin fantastical verbal webs of Gothic horror – and humour – that could not be further removed from the hypnotic, hallucinatory clarity of Claire Keegan’s and Elizabeth Strout’s pared-down prose.

“Most important, all affirm the importance and the power of finding and sharing the truth.”

The 2021 Booker Prize for Fiction was won by Damon Galgut with The Promise.