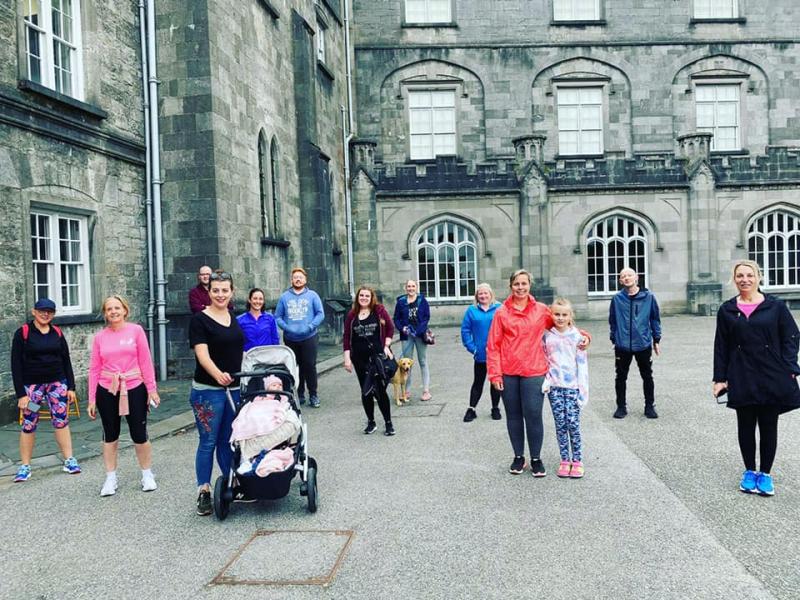 Members of Kilkenny Musical Society, families and friends walked the distance from Kilkenny’s Castle Park to New York’s Central Park during August, to fundraise for upcoming show, The Addams Family

The talented crew behind Kilkenny Musical Society are used to the anticipation of a new show and the wait between the announcement of a new production and the night it opens to the public. But that patience has never had to stretch to almost three years before!

Covid-19 lockdown has meant that the cast and backstage crew will have had to wait from 2019 until 2022 by the time they tread the boards at the Watergate Theatre with their new show - The Addams Family.

One small, silver lining of that extra time, however, is that the society members have been able to fundraise toward the new show. And they are having fun doing that as they walk from the Castle Park to Central Park!

The walking challenge is a somewhat virtual one. Cast, crew, family and friends laced up their walking shoes and did step out onto the roads of Kilkenny, during the month of August, but their destination of New York’s Central Park was a virtual one. Albeit a destination 5057km away!

During the month of August everyone taking part logged the distance they walked and it all contributed to the overall total. It was an unusual fundraiser, Maeve said, but with most traditional fundraising avenues closed to them because of the lockdown they had to think outside the box.

They were a bit nervous about hitting the ambitious target, at the beginning, but with the enthusiastic help of family and friends they smashed the target! “It was a real collective effort,” Maeve said, “People really stepped up to the challenge.”

There are more than 40 in the cast, of every ability, and all did their part. A group event met for socially distanced walks once a week, inspired by one of the show’s characters, on a Wednesday. It was a nice way to meet up in a safe way.

You can show your support for the epic walk by donating to the show’s fundraiser on https://www.gofundme.com/f/from-the-castle-park-to-central-park which is still accepting contributions.

Audiences will have to wait a little longer before they can enjoy the Addams Family production, live on stage. Originally the show was due to be staged in April 2020, but because of Covid it has now been rescheduled three times! But Kilkenny Musical Society are confident that the show will go on next April and tickets are on sale for the run.

“That’s our plan and we will get there in some form or other, hopefully with a full capacity audience in The Watergate,” Maeve said. She added that the Society members feel for the technical crew they employ to put on shows.

Until Covid, Kilkenny Musical Society had staged a show every year for 30 years, without missing a year, and the members can’t wait to get back in front of an audience.