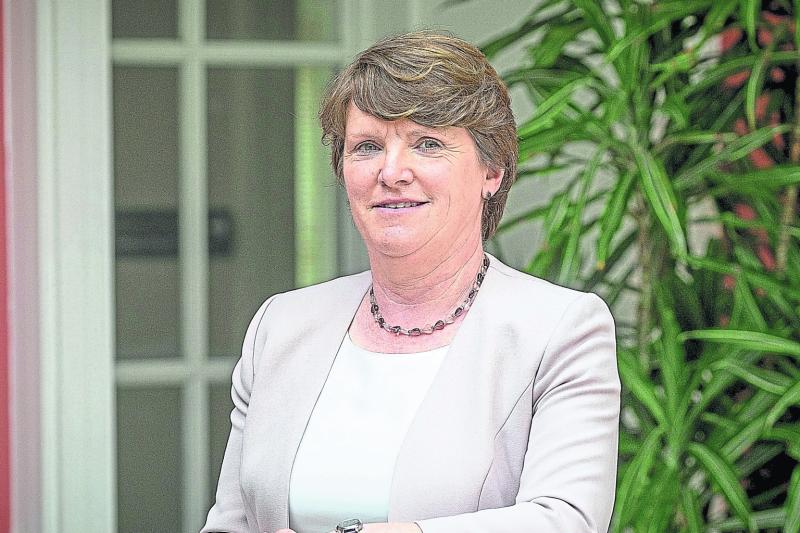 Elected members of Kilkenny County Council recently paid tribute to outgoing Chief Executive Colette Byrne as she officially steps down from the role today after seven years of service.

At this month’s full council meeting, various speakers took to the stand to highlight some of their experiences working alongside Colette as she served as Chief Executive.

Council Cathaoirleach Fidelis Doherty described Colette Byrne as being ‘as enthusiastic about her job today as the first day she entered the role’.

“It was clear from the outset that your ambition was to serve your duties to the fullest of your ability,” she told the Chief Executive.

The Cathaoirleach also paid tribute to Byrne’s ‘kindness and humanity’ in her speech.

Mayor Andrew McGuinness told elected members that Colette had done ‘a fantastic job’ as Chief Executive and had left ‘an undeniable mark on Kilkenny’.

“The vision you’ve displayed and the way you’ve brought your team together took great leadership and there was always a healthy friction between elected members and the Executive,” McGuinness added.

Cllr Mary Hilda Cavanagh hailed the work done by Byrne, and acknowledged the fact that she was Kilkenny’s first female Chief Executive.

Cavanagh added that Byrne’s character was fully illustrated one evening when she commuted to Kilkenny from her home before the predicted arrival of a storm so that she could help coordinate the response, should one be needed.

Originally from Dunlavin in County Wicklow, Colette moved around the South-East and Midlands when she started working in local authorities in 1982.

Council Director of Services Sean McKeown thanked Colette for her ‘outstanding leadership’ over the years and described her as the ‘quintessential public servant’.