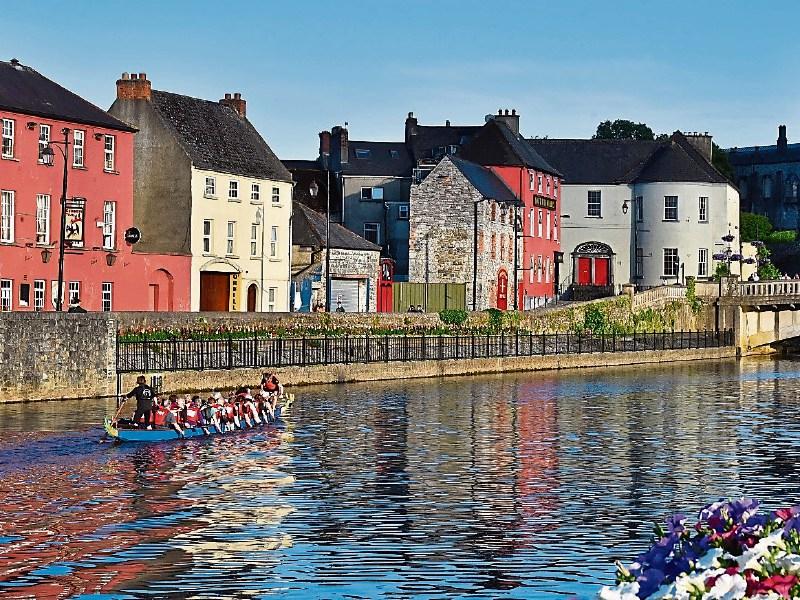 The River Nore flowing through Kilkenny

The latest survey by Irish Business Against Litter (IBAL) shows Kilkenny retaining its 'Cleaner than European Norms' status, rising to 8th in the ranking of 40 towns and cities.

The An Taisce report acknoweldged the fact that Kilkenny is consistently high-ranking and noted that this 'takes a lot of work on the part of many within the community'.

"All approach roads got the top litter grade, creating a positive first impression," the report stated.

"This high standard was maintained for many of the remaining sites surveyed, including the Train Station (Exterior and Interior), the Riverside Walk and Parliament Street – the latter scored well, despite plenty of activity within."

The study reveals PPE litter is on the decrease, but the prevalence of coffee cups on our streets warrants action such as a levy, according to IBAL.

Two-thirds of the 40 towns and cities surveyed were found to be clean, among them Naas, which retained its position atop the rankings.

Overall litter levels showed a decrease on last year, with a dramatic fall of 50% in the number of sites within towns deemed to be ‘litter blackspots’.

The prevalence of PPE masks fell sharply compared to the previous survey, present in 17% of sites examined, compared to 32% in 2021.

Road safety: Plea for Kilkenny drivers to 'look after each other'

There was also a fall-off in alcohol-related litter, which contributed to an improvement in the state of public parks, 80% of which were clean.

Recycle centres were also cleaner. However, coffee cup litter remained high, evident in one quarter of all sites surveyed.

“The findings bear out the need for action on coffee cups,” contends IBAL spokesperson Conor Horgan.

“We must disincentivise the use of paper cups – even compostable or recyclable ones – as too many of them are ending up on the ground. In the light of our survey, the Government move towards a levy makes a lot of sense.”

Win KnockmahonTessy! A gift from the late Christy Comerford to Clara NS

The survey suggests that Ireland is seeing a return to normality post-Covid.

"However, despite improvements, the centres of our main cities are still littered at a time when we are welcoming our peak tourist numbers. There is a price to be paid for that."