Student of the Year awards for 'exceptional' KCETB students 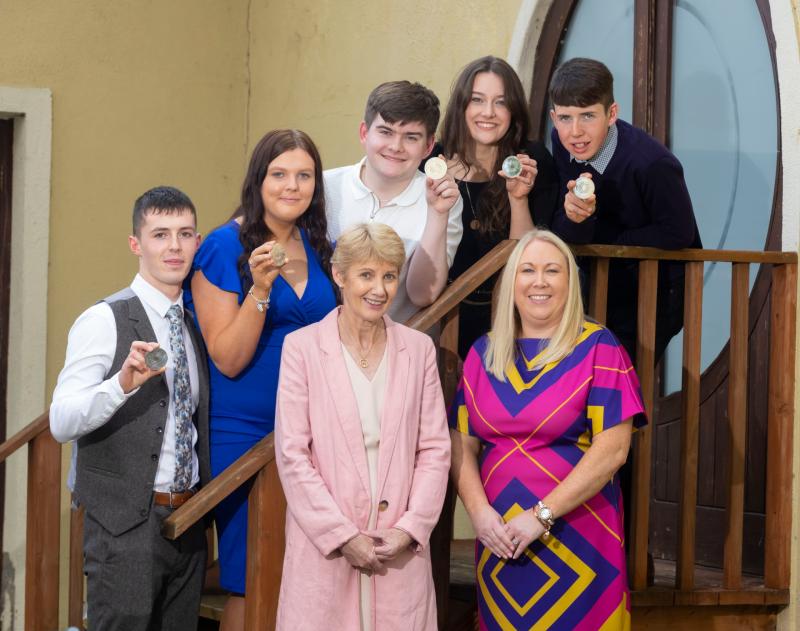 Twelve exceptional young people who have each made a real difference in their school communities have been honoured with Student of the Year 2022 awards.

The awards are special because they honour more than just academic achievement.
The young men and women presented with the awards have been recognised for their skills and talents; dedication and determination; generosity of spirit; kindness to others and their capacity to make a difference to their whole school community.

A joyful ceremony was held in the Seven Oaks Hotel, Carlow, by KCETB the patron of 13 post-primary schools and the provider of adult and community further education and training, and youth services to 15,000 students annually across the two counties.

Now in its ninth year, KCETB’s Student of the Year Award is awarded to the student who has contributed the most during their time in post-primary education.

Mohommad
One of the students honoured was Kilkenny City Vocational School’s (KCVS) Mohommad Ala Uddin. Mohommad came to Ireland when he was 13, in the company of just his two older brothers and without any spoken english.

Principal of KCVS, Cathy McSorley, said it was a unanimous decision at the school to nominate Mohommad because of his dedication to all aspects of school life. She described him as focussed and hard working with his studies and a young man who grasped every opportunity the school could offer him.

Not only a good student, Mohommad got involved with every aspect of school life and showed excellent leadership skills on the Student Council and the Green Schools committee. He is a keen sportsman, playing soccer and gaelic games with the school, even being named man of the match in a Leinster Schools Senior Hurling match against Presentation Carlow.
Mohommad “showed great fortitude, great strength and forward planning skills,” Ms McSorely said, adding that his positive attitude was a great presence in the school and he is a great role model, in his own year and throughout the school. “We are very proud of him and we wish him every success,” the school principal said.

Ella excelled as an-round student in her time at the Kilkenny City school. Through her involvement with music she brought joy and entertainment to the school.

Not only is Ella a talented singer-songwriter, but she scooped the top prize in the hotly-contested senior groups category of the All-Ireland final of Scléip music competition with her classmates in the band Salann Mín, earlier this year. They’ve since made a music video and played their first gig to a packed Pumphouse in Kilkenny.

Ella’s parents Adrian and Helena are proud and thrilled for their daughter. Adrian said she put so much work into it and got involved in everything the school does.

Describing her school community as lovely and supportive, Ella told the Kilkenny People that the Carlow ceremony was lovely and she was delighted to be able to bring her parents along. She was presented with a fabulous medal and scroll that she will treasure.
Ella is now off to Maynooth university to study Arts.

The  Kilkenny woman who taught the Queen to ride side saddle

Click HERE to see a gallery of photographs from the awards night!

Core Values
Explaining the essence of the awards, Dr Pauline Egan, KCETB’s director of schools, explained: “All of the KCETB schools are underpinned by the core values of excellence in education, care, equality, community and respect. The Student of the Year embodies these values as the award is not just about academic excellence, but the student’s commitment and dedication, and the contribution they have made to their school community. The difficulty each principal had in selecting just one student is a great testament to the student body across KCETB’s 13 schools.”

Each winner’s school principal gave a citation which outlined their student’s rich and varied achievements and the contribution they made during their time in secondary school. As chairperson of KCETB, Cllr Peter Cleere presented each student with their medal. He said all the students represent the very best across our KCETB schools. “They are young people to be proud of, full of hope and promise.”

KCETB Chief Executive Eileen Curtis congratulated each one of the students and hailed them as “leaders of the future”. She said: “These students are exceptional young people and marvellous ambassadors for our schools. They have shown leadership skills beyond their years and have flourished through learning during their time in secondary school”.

She encouraged them to “continue to set high standards and confidently embrace the many opportunities which will present in the years ahead”. She wished them well in their future studies and in their lives.