COMPETITION: Win a pair of tickets to The Breadwinner in Kilkenny

The Cartoon Saloon film opens in cinemas this weekend 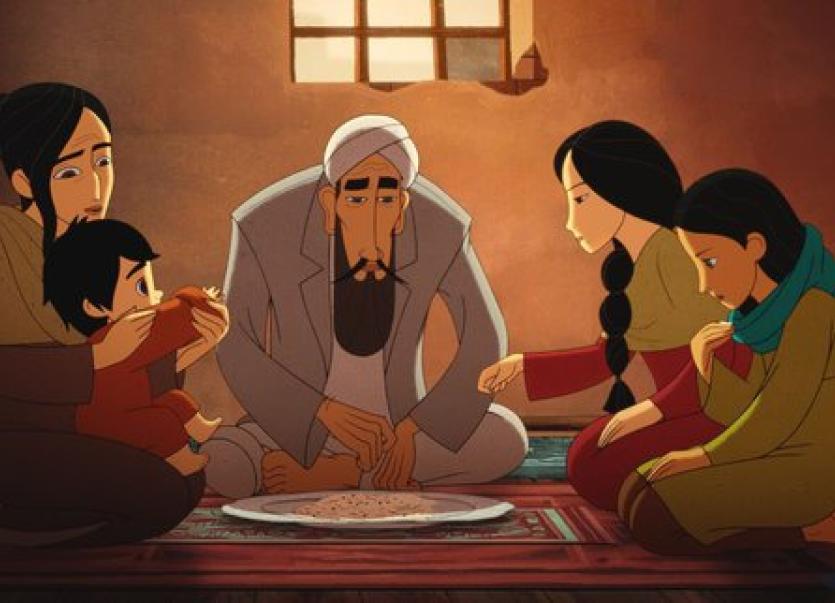 Artwork from The Breadwinner

Cartoon Saloon's, Oscar-nominated film, The Breadwinner will open in cinemas across Ireland this weekend.

The stunning film, directed by Nora Twomey tells the story of Parvana, a 12-year-old girl who gives up everything to provide for her family and reunite with her father. It is the third film by Cartoon Saloon to have receive an Oscar nomination.

Based on Deborah Eilis's novel, the film spans the autumn of 2001 in Kabul, Afghanistan just as the Taliban regime began to fall. The book has been published in more than 40 editions and translated into many languages.

If you saw The Breadwinner tonight in Kilkenny or this week at #ADIFF18 please do share your feedback with @BreadwinnerThe and @CartoonSaloon. It's a special film that so many people worked on and they'd appreciate your thoughts.#Kilkennyanimated #thebreadwinner pic.twitter.com/ttQibnkPGi

The film was named Best Animated Feature by The Los Angeles Film Critics Association. It also received a Golden Globe nomination and an Oscar nomination and has won numerous awards.

To be in with a chance to win a pair of tickets simply answer this question:

Can you name another Oscar-nominated film by Kilkenny animation studio, Cartoon Saloon?

Answers can by emailed to mary.cody@kilkennypeople.ie and winners will be notified by Thursday evening.