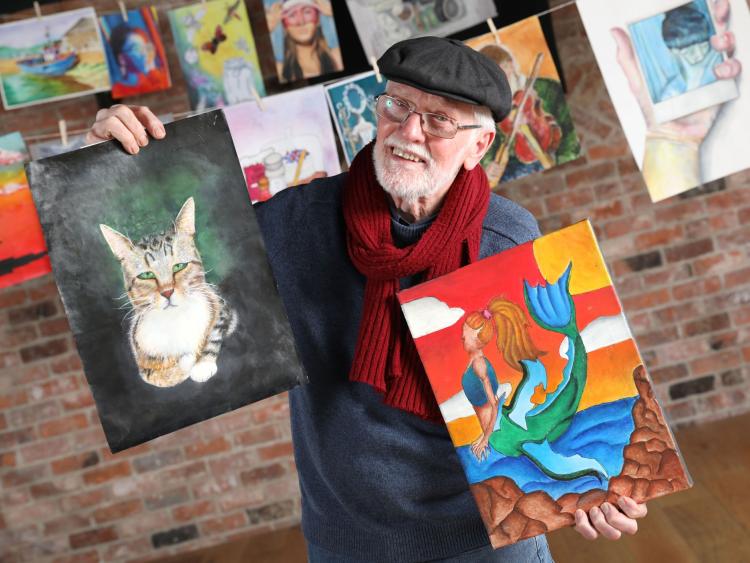 Judging of the 25,800 entries received in this year’s Texaco children’s art competition is currently underway. The winners will be announced in mid-April.

Pictured is adjudicator Eoin Butler admiring two of the entries received from students in County Kilkenny.

In all over 350 young Kilkenny artists submitted entries.

Currently in its 66th year, the Texaco children’s art competition is the longest-running art sponsorship in Ireland.

First held in 1955, it is hosted annually by Valero Energy (Ireland) Limited, the company that markets fuel in Ireland under the Texaco brand.