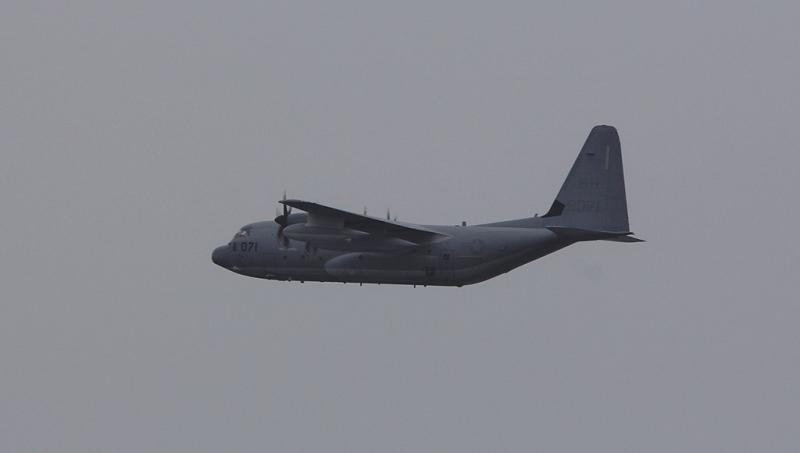 A United States Air Force Lockheed KC-130J Hercules was recorded flying directly over Kilkenny city last Saturday, July 17, after leaving from the U.S. on its way to Cardiff.

RANGR81 was travelling at an altitude of 25000ft and a speed of 354kts as it passed over Kilkenny city on its descent towards the Welsh capital. 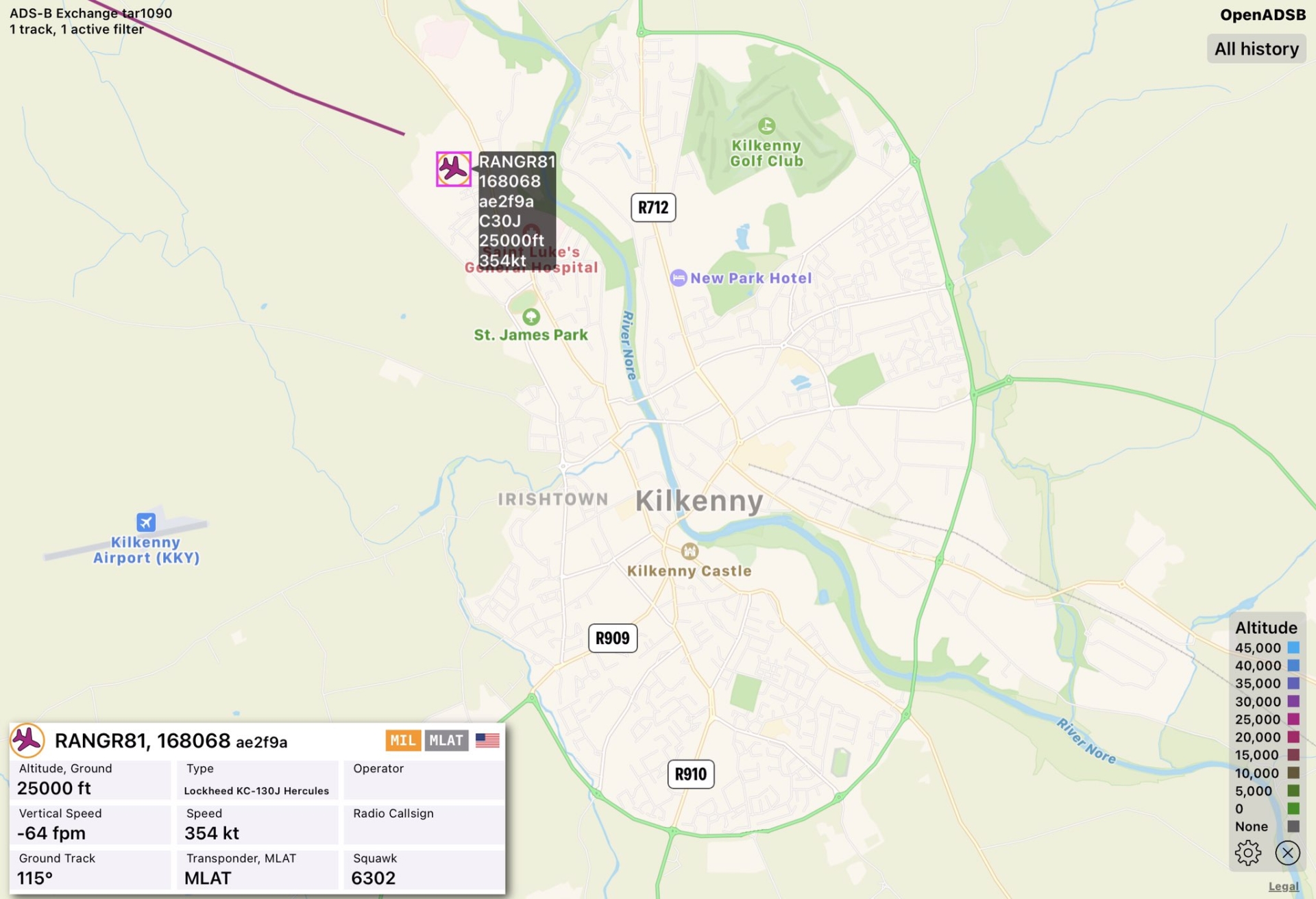 It passed over North-West Kilkenny at approximately 7:06pm, was over Kilkenny city by 7:09pm and exited the county just North of Graignamanagh at 7:12pm.

Were you tracking this plane as a local aviation enthusiast? See anything peculiar in the sky that evening? Maybe even grabbed a photo? Let us know.