‘Journey to Taizé programme to recommence with Ossory Youth in Kilkenny 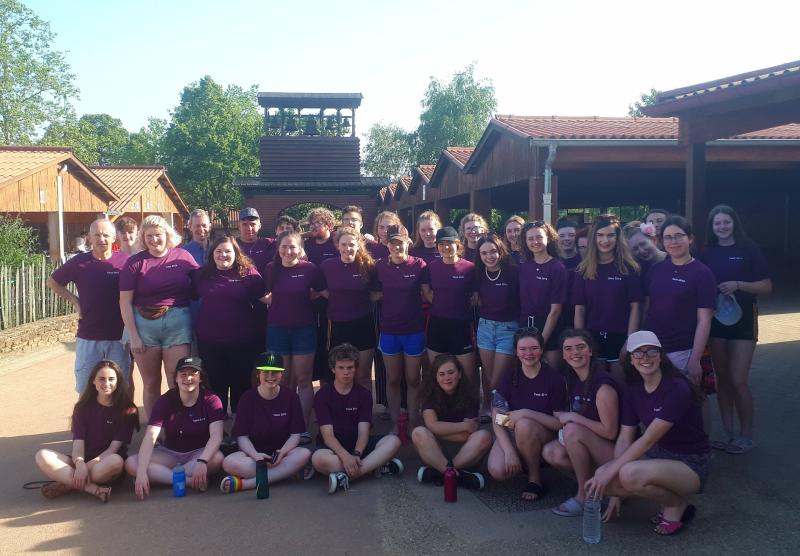 The ‘Journey to Taizé' programme will recommence in December culminating in eight days spent in the Taizé community in eastern France from June 26 to July 3.

Traditionally, the last week in June in Ossory Youth has meant ‘Journey to Taizé’ time. Unfortunately, Covid-19 brought that to a halt with no Taizé programme able to take place in 2020 and 2021.

Early on that Sunday morning next June, 25 young people in Transition Year to Leaving Cert school years from throughout the Diocese of Ossory accompanied by five leaders comprising staff and volunteers from Ossory Youth will set out from Kilkenny on a long journey to Taizé. Amazingly, at the same time, in common with most weeks of the year, 500 to 1000 other young people from throughout most countries in Europe ranging from England to Germany and Spain to Sweden will also travelling to Taizé, and all about to spend the next week together.

What draws them all to a small village on a hill in the depths of rural Burgundy in eastern France is the Taizé Community. The Taizé story began in 1940 when Brother Roger Schutz, then aged 25, came to live in the small village of Taizé, a village that was almost empty due to the Second World War raging throughout Europe.  He began to quietly welcome refugees fleeing the war and by 1944 was joined by three other brothers. During the following years, a few other young men joined, and at Easter 1949, seven of them made a commitment to live a community life. Today, the Taizé community is an ecumenical monastic order composed of about one hundred brothers, from Protestant and Catholic traditions, who originate from around 30 countries across the world.

The eight days spent there followed a similar pattern, three times a day everything stops, the iconic  Taizé bells ring, and the thousands of young people gather in the church for prayer, bible texts read in several languages, a period of silent reflection and all adorned by the famous Taizé chants. The church is like no other with everyone sitting on the floor and the services overflowing with music. The rest of the day consisted of taking part in smaller groups such as bible reflection, choir practice, assisting with serving meals, cleaning duties, having time for some reflection in the ‘silent garden’, never having as much fun queuing for food while all the time meeting and getting to know young people from throughout Europe in a week of gorgeous sunshine.

The feedback from previous groups has been hugely positive with clear agreement that everyone would get something unique to them from Taizé. According to one of the young people who was there with Ossory Youth in summer 2019, ‘No matter what you read or hear about Taizé nothing really prepares you for the experience until you go for yourself, and it is amazing being with up to a thousand young people from so many different countries’.

The last group to spend a week in Taizé from Kilkenny in 2019 came home saying that the Taizé experience was indescribable as no words adequately captured the essence of the place. The conclusion was that it had been a never to be forgotten experience and they have now joined the ranks of over 100,000 young people from around the world who make a pilgrimage to Taizé each year

The ‘Journey to Taizé’ programme is organised by Ossory Youth and supported by the Diocese of Ossory.  The overall programme will run from December to June with regular group meetings and fundraising events taking place at approximately two weekly intervals.  For additional information, including costs, contact Patrick Bookle, Ossory Youth at (056) 7761200, (087) 2129006 or pbookle@ossoryyouth.com