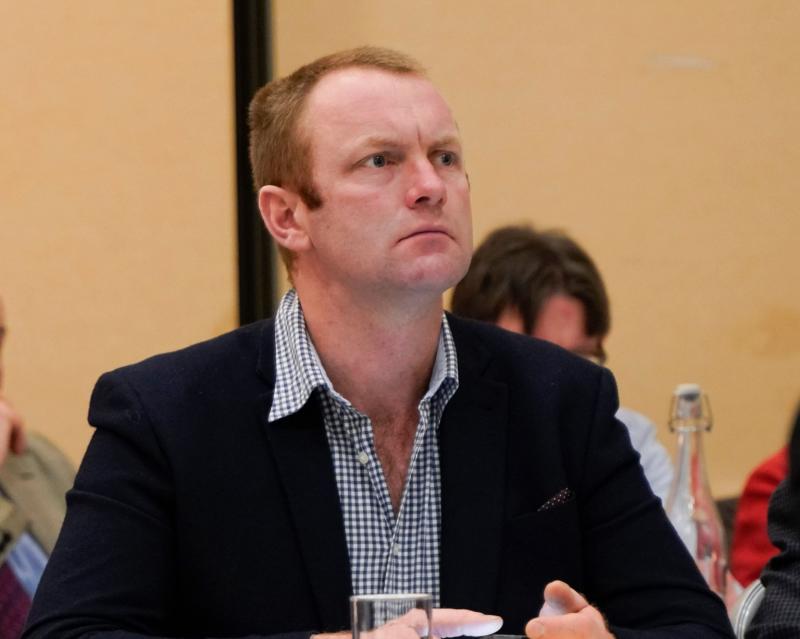 Denis Drennan, who farms at Dunbell, is the chair of the Kilkenny branch of ICMSA

The Deputy President of ICMSA and Kilkenny farmer, Denis Drennan, has said that much farmer comment is being directed at the ‘Inflation Co-operation Framework’ announced by the Department of Public Expenditure and Reform last month.

In that announcement, Minister Michael McGrath outlined a mechanism by which the State recognised the inflationary pressures currently being experienced throughout construction and most specifically with regard to public works contracts.

Mr Drennan, who farms at Dunbell, noted that as a result of this new measure the State undertook to bear up to 70% of additional inflationary related costs. He said that the question occurring to farmers generally, and ICMSA specifically, is why the State was so unwilling to recognise precisely the same inflationary measures in the area of farm grants.

“This is very interesting and more than a little curious: Last April, the Department of Agriculture, Food and the Marine announced that the TAMS Reference Costings would increase across a range of 5% to 15%. That was demonstrably well short of the kind of raging inflation that everyone can see within construction costs and at the time ICMSA said the new rates were ‘hopelessly short of what was required’ and asked the DAFM to review their decision.

“They have not yet done so, but what’s interesting for farmers and what makes such an interesting comparison is the announcement from Minister McGrath that on major public sector works and contracts that the State is willing to assume up to 70% of the additional inflationary costs. So what we actually have is the State giving major contractors 70% of the additional inflationary cost, while the mostly single-person family farms applying for TAMS get an increase of 5% to 15% in recognition of their construction costs inflation. Why is the Irish Government so happy to recognise the inflation felt by multi-billion euro civil construction firms and so reluctant to recognise the exact same inflationary pressures on family farms?”

The ICMSA Deputy President said that farmers would struggle to work out why the Irish Government is happy to take on more than its share of the increased costs caused by inflation and faced by massive commercial civil contractors engaged on public works, but not farmers experiencing exactly the same inflation of construction costs.

“This looks very much like the Government is happy to leave the farmers who applied for TAMS grants ‘swinging in the wind’ and just unable to proceed because the grants on which the farmers were relying to proceed are now hopelessly adrift of the real prices. It’s a very revealing glimpse into what elements in the Government really think about helping farmers to achieve the levels of modernisation and environmental sustainability that they keep insisting we all need to meet.”
Concluding, Mr. Drennan said that the reference costs for TAMS should be increased immediately to reflect the actual costs being faced by farmers today which have increased to unprecedented levels.

London Rose with Kilkenny links ready for Rose of Tralee 2022