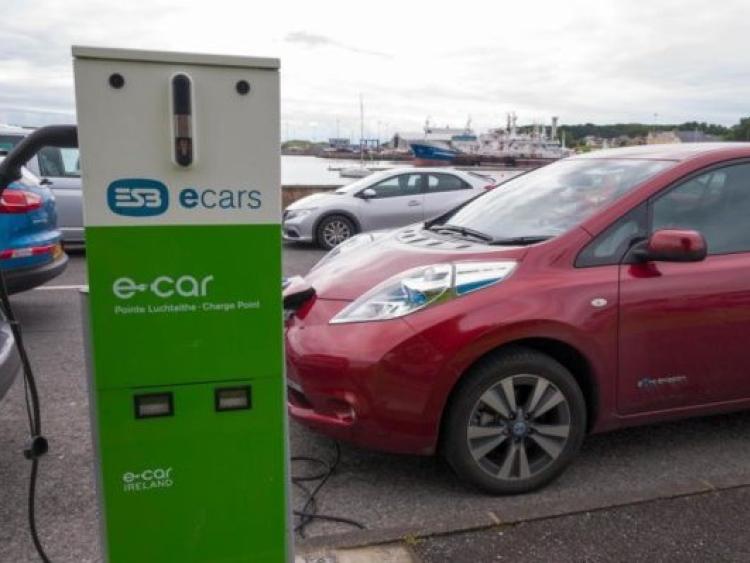 In the first half of 2019 there were 26 electric and 105 hybrid cars licenced in Kilkenny – accounting for 2% and 8.1% respectively of new private car sales[1]. Experts at Insuremycars.ie say that sales are increasing at a slow and steady pace, a progression they expect to quicken as people realise the cost savings available when it comes to insuring these vehicles both on a private and commercial basis.

Jonathan Hehir, Managing Director of Insuremycars.ie commented: “The licensing and sales of e-cars, while still small, are on the rise – with an increase of almost 70% in the first half of this year alone. These increases are in the face of a car sales market that is in decline, with the overall number of car sales so far this year showing a decrease of 12.2% compared to 2018.

It's interesting to take a closer look at the regional distribution of electric and hybrid vehicles – what makes them more popular in some counties than others? For electric cars the CSO reports Kilkenny had 2% of new private car sales for the first half of 2019, while Wicklow had the largest proportion (4.7%), followed by Kildare (3.6%) and Leitrim (3.5%). For hybrid vehicles, they accounted for 8.1% of private car sales in Kilkenny, with Longford having the highest proportion (14.6%), followed by Galway (13.1%) and Cavan (12.5%).”

Despite increases, the company say they have noticed that people are still, to a large extent, unaware of the impact that going electric can have on insurance premiums.

Mr. Hehir continued: “In most cases, going electric will bring the price you pay down. Deciding whether or not to go electric often comes down to affordability for people – they have to see a financial incentive. For this reason, we have also negotiated a special discount of between 8 – 12% for electric car drivers, making premiums for electric cars significantly cheaper than petrol or diesel cars.

We have also resolved an issue that was making it difficult for business owners and employees to move from personal car ownership to a company e-car. Since the Minister for Finance’s introduction of 0% BIK for e-cars under €50,000, would-be owners have been running into difficulties with insurance.  Until now, anyone who owned their own business and sold their private car in favour of purchasing an electric vehicle had to take out a brand-new insurance policy – meaning that their previous no-claims bonus would not be recognised – essentially costing them double in insurance premiums. However, after months of negotiation, we have now struck a deal with two insurers whereby they will allow the existing private car policy of a business-owner to be used for their new company electric car.”

Not only can driving an electric car lower your insurance premium, it also carries a wide range of monetary benefits including:

Reduced running costs
€120 motor tax band for electric vehicles
Reduced fuel costs
Positive environmental benefits
A government grant of up to €7,000 for the purchase of the vehicle
Reduced toll charges on the M50 Motorway under the Electric Vehicle Toll Incentive scheme (EVTI)

Mr. Hehir concluded: “A common anxiety associated with driving an electric car is that it will run out of power in an area which is not near any charging points. But the Government is continuing to increase the availability of fast charging points across Ireland, as well as provide a grant of up to €600 towards a home charging point. The range of a new electric vehicle (for example a Nissan Leaf) being up to 270km, combined with the growing network of electric charging points across the county, and the fact that Ireland is a small island, means you are unlikely to be stuck without power.

Getting motorists to even consider migrating over to something as ‘new’ as e-motoring involves communicating the benefits of these cars, not just to the environment but to the people themselves. And in terms of incentives, the more that Government and others in the industry can do to make e-motoring an easy and attractive proposition, the better.”