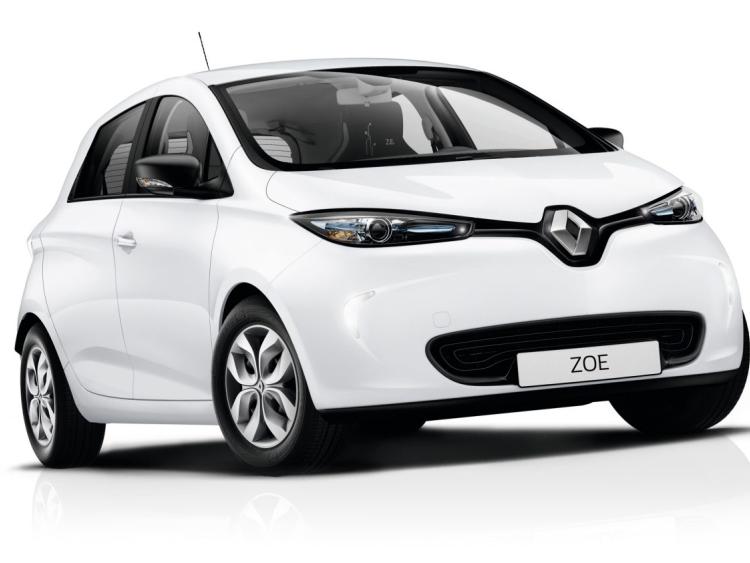 Renault announced pricing and specifications for the new Renault ZOE Z.E. 40 which has the longest range of any mainstream electric vehicle - 400km (NEDC), which Renault estimates as 300km of range in real-world driving.
Fitted with the new Z.E. 40 battery, ZOE now offers double the NEDC driving range compared with when it was first released. Users no longer need to worry about charging their car as often and can put it to a wider variety of uses.
The ZOE’s new driving range also removes the final psychological barrier that stands in the way of buying an electric car – so called ‘range anxiety’.
New ZOE, which has a 5-star Euro NCAP rating, is available from €23,490. This price, which includes SEAI grant (€5,000) and VRT relief, is for the entry Expression Nav version, with a 22 kW/h battery.
The Z.E. 40 battery is standard on the Dynamique Nav and top of the range Signature Nav versions, at €27,490 and €29,990. All ZOE pricing now includes the battery, so there is no need to worry about the additional expense of a battery lease.
There are more than 100,000 Renault electric vehicles in Europe, with more than one in four EVs in Europe a Renault. Renault has been Europe’s best-selling electric vehicle brand since 2010 and ZOE is Europe’s best-selling electric vehicle.
The new ZOE can be charged quickly thanks to the Renault-patented ChameleonTM smart charger which adapts to the different power levels available at charging points for maximum efficiency. It takes just 30 minutes to charge an extra 80Km when the ZOE is plugged into one of the many public charging points available across Ireland and Europe.
The ZOE features some new connected services to make the driver’s everyday life easier. To simplify journeys, Z.E. Trip and Z.E. Pass smartphone applications are part of Renault’s bespoke, innovative connected services to make it easier to charge batteries at public charging points.
The new ZOE Signature version is primarily for customers looking for exclusive features and places the focus firmly on style and elegance.
The ZOE Signature can be specified in an exclusive Ytrium Grey finish has new 16" diamond-effect Shadow Black wheels, R-Link multimedia navigation, premium leather upholstery, BOSE® audio, heated front seats and lumbar support for the driver’s seat.