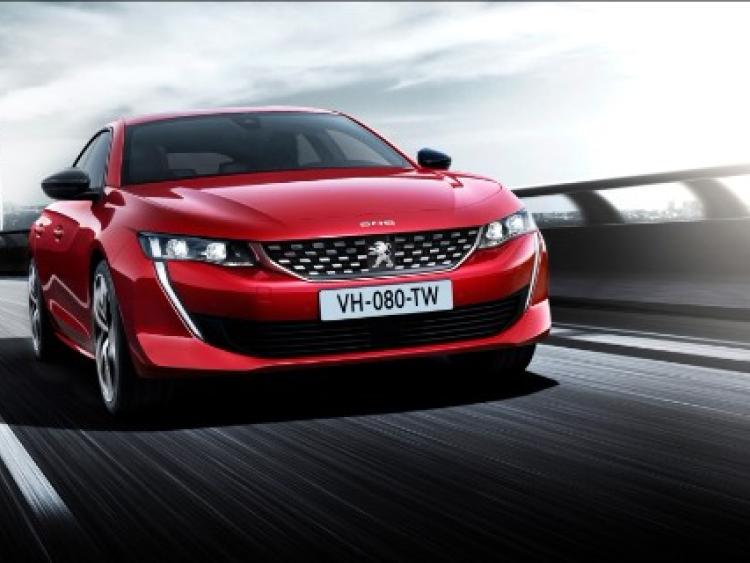 The first images of the new Peugeot 508 have been unveiled. The radical new exterior design is sharper, sleeker, while the car's spectacular interior includes an evolution of the iconic Peugeot i-Cockpit®.
Promising exemplary road-handling, new engines, countless technology features and a quantum leap in quality, the new 508 sets a world class standard within the D-segment and further supports the brand's upmarket strategy.
It will be unveiled at the forthcoming Geneva Motor Show in March and goes on sale worldwide from September.
At first glance, the new 508 front end is impressive, even aggressive. The finely fashioned, chequered radiator grill asserts itself between the full LED headlights, inspiration for which was drawn straight from the brand's latest concept car: Peugeot Instinct.
With the famous lion centred on its radiator grill and the 508 logo upon the nose of the bonnet, the new 508 pays tribute to its acclaimed predecessors, the Peugeot 504 and 504 coupé.
Low and sleek, the svelte coupé silhouette is further sharpened, thanks to frameless doors. There is no conventional overlap of the bonnet, glazing support and door frames. Gap and flush-fitting have been reduced in size with first-class know-how and the wheels have been adjusted to perfectly fill the wheel arches.
The roof aerial has been removed, now silk-screened.

Adaptive intensity
Spanning the rear end is the glossy black horizontal strip and three-dimensional full LED rear lights. These lights are illuminated throughout the night and day, with adaptive intensity.
Differing in appearance depending on side or full rear view, they are instantly identifiable and a clear signature of the brand. The back of the car also reveals an original feature of the new Peugeot 508: a deftly hidden tailgate that blends elegance with practicality, giving optimal access to the 487-litre boot.
Stepping into the new 508 is like entering another world. The eye is immediately drawn to a spectacular, resolutely premium instrument panel and the third generation Peugeot i-Cockpit®.
The essential components of the Peugeot i-Cockpit® include a compact steering wheel, a 10-inch wide HD capacitive touch-screen (from Allure trim) in 8:3 format, a head-up display unit with a high-resolution 12.3-inch digital screen.
Customisable, thanks to six different display modes, the head up display unit is positioned above the steering wheel and presents all the necessary driving information within the eye line of the driver, reducing the need to take their eyes off the road.
Seven toggle switches give direct access to the main comfort features: radio, air conditioning, navigation, vehicle settings, telephone, mobile applications and the i-Cockpit® Amplify system, with its choice of 2 ambiences, Boost and Relax.
The i-Cockpit® Amplify system also controls the car's driving performance, with a driving mode selector offering Eco / Sport / Comfort / Normal, as well as damping in the vehicles equipped with the electronic suspension.
The choice and quality of materials in the trim and upholstery, and the attention paid to the finish, envelop the passengers in a soft, modern, refined environment.
There is up to 32 litres of storage space spread out around the passenger cabin, as well as up to four USB sockets (trim dependent), one jack plug in the armrest and two 12V sockets, including one in the boot.
The wide-opening panoramic sunroof is in a spoiler style and for the car's premium audio system the brand has once again chosen Focal®, the acclaimed French acoustics firm.

EMP2 platform
In terms of driving pleasure, the new 508 clearly benefits from the use of the EMP2 platform, undoubtedly one of the best platforms today, providing great dynamic qualities and weight-reduction (on average, 70kg less compared to the previous generation), to improve fuel efficiency and performance.
The new 508 offers a wide range of latest-generation driving aids that notably meet EuroNCAP criteria, which is ever more demanding: standard or optional features, depending on the trim, include Night-vision, a first for the segment, collision-risk alert and the latest-generation automatic emergency braking that detects pedestrians and cyclists both day and night at up to 140 km/h, active lane departure warning system (or verge-drift warning), driver-attention warning, automatic headlight control, speed limit recognition and recommendation, widened recognition of road signs (stop sign, one-way sign), adaptive cruise control with Stop & Go feature, lane-keeping assist (related to Stop & Go adaptive cruise control), active blind-spot monitoring.
The driver also enjoys aids like Visiopark 2 (360° vision) and the latest-generation Full Park Assist, with a flankguard perimeter feature; the system automatically controls steering, acceleration and braking to enter a parking space.
The connected equipment is just as impressive, with the new 508 offering Mirror Screen compatible with the Android Auto and Apple CarplayTM, with off-board voice-recognition via smartphone and Induction-based smartphone recharging.
New-generation Euro 6.c PureTech petrol and BlueHDi diesel engines, deliver best-in-class CO2 emission levels: from 98g/km in the diesel range, 123g/km in the petrol range.
These levels of performance are all the more remarkable as they take into account stringent new technical Worldwide Harmonized Light Vehicles Test Procedure (WLTP) provisions.