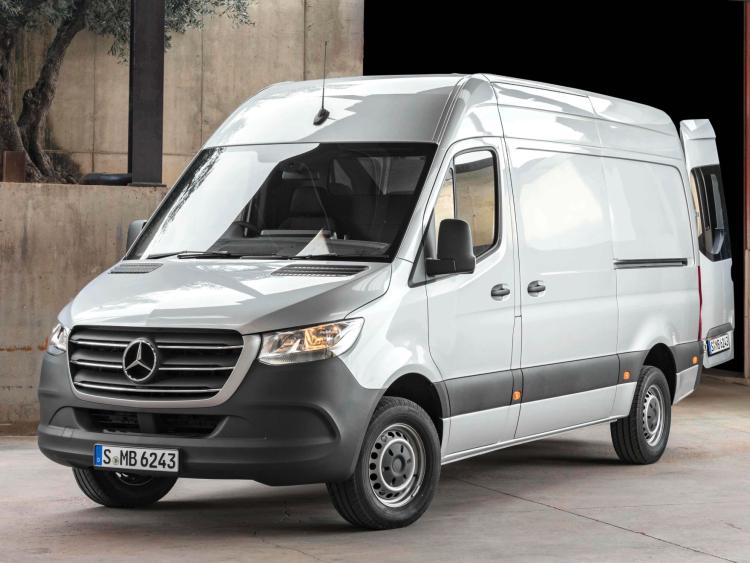 The Mercedes-Benz commercial vehicles team is hard at work preparing for the arrival here of their new Sprinter van (pictured above) series.
The new Sprinter series will be launched on the market early next month. Ahead of its arrival, the company has announced that prices will begin from €21,950, excluding taxes and charges.
The pricing structure, according to their commercial vehicles sales manager, Fergus Conheady is one that puts the new Sprinter comfortably within the budget of the majority of van buyers.
The new Sprinter will offer new levels of intelligent connectivity, superior comfort and for the first time in the vehicles history a front wheel drive variant.
Meanwhile, as part of the pre-launch preparations, dealers recently returned from a global training event in Portugal.
There they had the opportunity to put the new Sprinter through its paces in preparation for its arrival in Ireland.