WATCH: 'How are the Limerick hurlers going to be stopped? I have no idea' says Kilkenny boss Cody 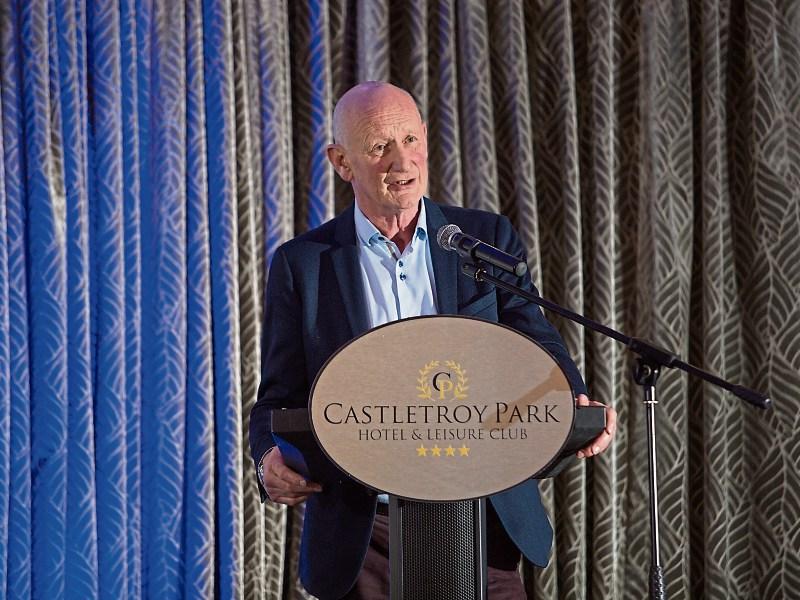 KILKENNY hurling manager Brian Cody has commended the Limerick hurlers on the way they carried themselves throughout their All-Ireland success and has posed the question “how are they going to be stopped?”

“I have no idea, to be honest about it, but fair play to them, it’s a terrific place to be for them but it’s going to be competitive this year and we all look forward to it!," continued Cody who was speaking as the special guest at the University of Limerick GAA Club business breakfast morning at The Castletroy Park Hotel this Tuesday morning.

The retired primary school principal who is regarded as the greatest manager in the history of hurling said it was “only right that I recognise the outstanding achievement of Limerick last year and obviously winning the league this year”.

“I’m hugely conscious also that I’m standing here in the home of hurling as well as these All-Ireland champions, the market leaders in the game, so I’m down here to learn as much as I possibly can about how to try and be successful in hurling,” he said, eliciting peals of laughter from the 300-strong audience who attended from local sporting and business organisations.

“I mean that quite seriously actually because it’s only right that I recognise the outstanding achievement of Limerick last year and obviously winning the league this year. The way they just went through their journey last year and got to their All-Ireland final and won their All-Ireland final. Having met John Kiely a few times and seeing the way the lads have carried themselves and dealt with the whole thing."

The theme of this year’s  business event was The Positive Impact of Sport on Business. The event was  to celebrate the success of the UL GAA Club this year. The ladies football and camogie teams both won their respective intervarsity cups this year. The Ashbourne and O’ Connor winning cups and captains, Eimear Scally, Aoife Keane and Claire Heir also spoke of their experiences throughout the year.

“It’s a pleasure to be here on what is a great morning for UL GAA,” Cody continued.  “The club speaks for itself. It’s obviously doing tremendous work with huge numbers involved in all the various teams within the GAA. I know you’ve had a spectacular year, coming in there and seeing the silverware on display - great to see it.”