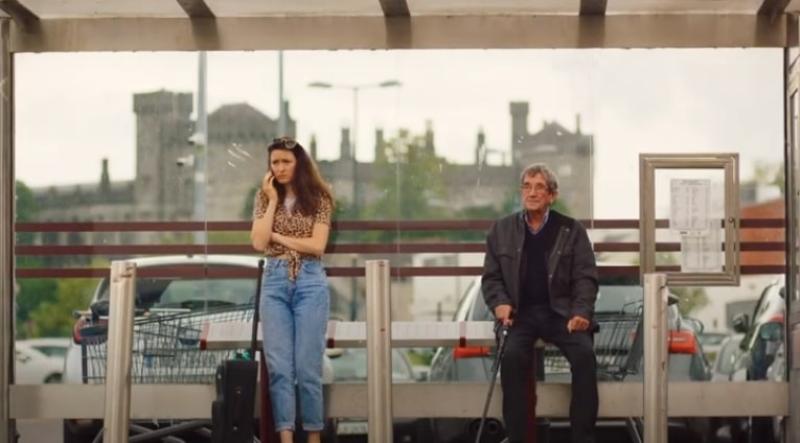 A scene from 'Poster Boys'

Described as the “road trip movie of the summer”, the comedy-drama tells the story of a dysfunctional uncle, played by Trevor O’Connell, who in a desperate attempt to save his job takes his 10-year-old nephew, played by Ryan Minogue-Lee, on a cross country adventure in a stolen campervan.

Poster Boys had its premiere last year at the Galway Film Fleadh and speaking ahead of its cinematic release director Dave Minogue commented: “The film offers a feel-good comedy road trip experience, with a lot of heart, while showing off the beauty of Kilkenny.

Viewers will recognise scenes from Thomastown, Goresbridge, Graignamanagh as well as Stoneyford and Mullinavat.

The film's soundtrack includes hits from Bell X1, Horslips, Joe Dolan and an original score from the album 'A Lifetime of High Fives' by Vyvienne Long.

Poster Boys has another Kilkenny connection. It features entrepreneur Bobby Kerr who also happens to be a financial backer of the project.

“The film was made on a tiny budget,'' explains Minogue, “we approached Bobby with the idea and he agreed to back us.

"He was incredibly supportive and gave us the freedom to follow our creative vision for the piece. Bobby also has a cameo role in the film as an icecream man! We’re really looking forward to presenting this to Irish audiences."

Poster Boys will be available in selected cinemas from July 9th, distributed by Kaleidoscope Entertainment.

House prices in Kilkenny rise by 17.9%

Driver disappeared from behind emergency garda escort to hospital in Kilkenny