A quick trip for Kilkenny museum-lovers! 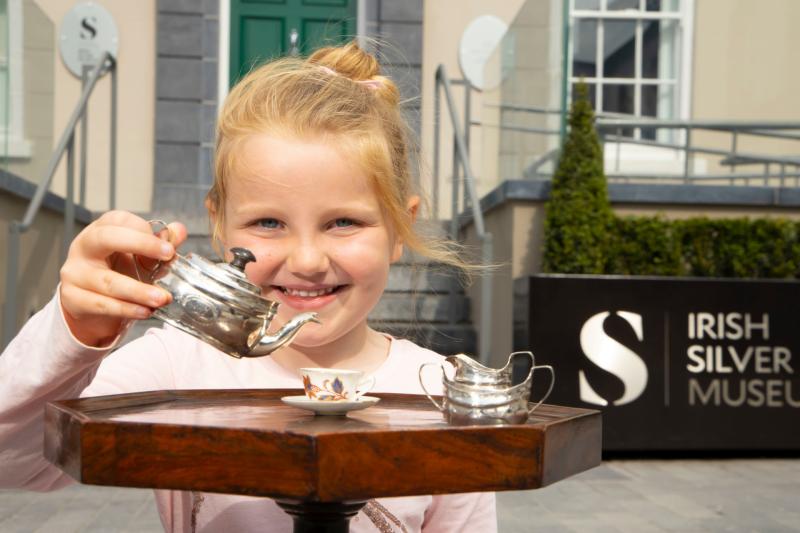 The new Irish Silver Museum, home to one of the largest collections of Irish silver in the world was officially opened in Waterford city today by Minister for Finance Paschal Donohoe.

The museum offers visitors a journey through Irish history using beautiful, intimate and personal objects as a guide to the fascinating story of Ireland from the arrival of the Vikings to Ireland’s entry into the EEC in 1973.

Highlights include the Waterford kite brooch, a sword granted to the city by Edward IV, silver which belonged to Dean Jonathan Swift, pieces from the most famous houses and powerful families in Ireland’s history as well as medals and commemorative items associated with some of the great events in Irish history.

Located at ‘The Deanery’ building in Cathedral Square, Waterford the museum stands above a medieval wine vault dating to the 1440s.

The medieval building was originally the property of James Rice, a wealthy wine merchant and eleven-times Mayor of Waterford.

Mayor Rice generously gifted the building to Dean John Collyn of Christ Church Cathedral in 1468. Collyn used it to house the priests who said Mass for the souls of the dead in his newly-built chantry chapel adjoining the Cathedral.

In addition, Waterford-based goldsmith Paul Sullivan hosts his workshop and shop on the ground floor so that visitors can enjoy watching pieces of jewellery being created during their visit.

The Mayor of Waterford commented, “This is a marvellous addition to Waterford’s cultural offering and we can now boast five award-winning museums.

"I would like to thank the collectors and benefactors who had the foresight to gift their superb collections to the people of Waterford, Ireland and the world."