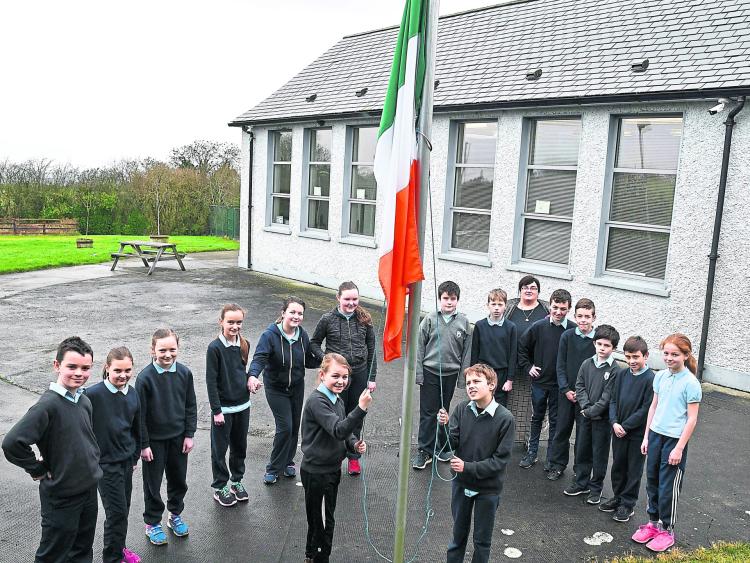 The only pub in Ireland where you get served Holy Water over the counter is located in an intoxicating village, located close to the city and nestled beneath two hills.

Brennan's bar and grocery, Johnswell is like something straight out of The Field play, full of character and personality serving the needs of the villagers.

The licensee, Ann Brennan is a hugely positive force for everything within the community (there's even a defibrillator attached to the side of the premises). Her pub, where the walls are lined with All-Ireland winning hurling teams, is more like a social club than a pub.

Between card games and music sessions, it helps to maintain that strong sense of identity among the Johnswell folk.

Located next to the church above the old forge and across the road from the holy well from where it gets its water, it has seen off several recessions and won't be closing anytime soon.

And you may laugh but maybe it's something in that water, which flows down from The Brown Mountain that explains the positivity of its people. Even though Johnswell is only 6.6 kilometres from the roundabout on the city's ring road, it is rural with a different pace of life from the city.

And this article, the first in a series about the state and future of our villages and towns, proves that the future of Johnswell is secure.

With several community projects in the offing and with numbers growing steadily, if not dramatically, in the primary school, there is reason for optimism.

Johnswell may be small in size with just 485 parishioners but it's big in heart.

I have come to realise that villages that were never on a main road or bypassed by motorways do better than ones that were on a primary route and were then sidelined by dual carriageways.

The village avoided any of the ghost estates of the Celtic Tiger years and this, according to local farmer, Nicky Murphy is partly because people here have too much respect for their land to sell it off to developers but prefer to keep it and hand it down to the next generation. There is something reassuring about that statement - It points towards a continuity here that augers well for the future and provides hope.

New blood is needed in any community and there are plans for a few sustainable developments. And the primary school students who attend St John's primary school in the village are the future. They are taught not just what's on the curriculum but learn about nature and their own place by an energetic group of teachers led by Ann Holohan.

The place is teaming with wildlife and they are encouraged to look around them to take in their surroundings and enjoy what is a great place to live.

And that sense of support and connection between the school and the parish was by the way the lack of an internet connection in the school, named after John The Baptist, was resolved.

RTE's Helen Carroll who happens to live in Johnswell raised awareness about the lack of broadband for the school.

In the end, the solution was provided by a neighbour who allowed his excellent satellite system to be used by the school and it simply bounced the signal off his dish into the school.

To the future - A small group of dedicated volunteers helped to finish the road widening at the community hall carried out by the County Council.

And again, the part played by the community was central in this. Paddy Manning, gave the land for free for the benefit of the people so the road could be widened and car parking spaces put in place and drainage carried out. It is typical of Paddy Manning and it's such a pity that he wasn't elected to the Dail as a strong, independent anti-Trump like figure.

And for generations, there was a Pattern Day held in the village on June 24, the nativity of St John The Baptist, to whom the holy well is dedicated.

However in the early 1970s, a person was killed, by would you believe of all things, a sling shot, during a row and this led to its cancellation since that time.

However, the local community it is time to reinstate what was the most important day of the year for the villagers.

It would be another reason to celebrate along with the annual road hurling tournament where teams of three-hit a sliotar around a mile long course and it attracts people like all-Ireland winning captain, Andy Comerford. and there is the annual 5k and 10k road races on July 10. Both are fundraisers for the school.

And I can't for the life of me figure out why Johnswell hasn't won any serious Tidy Towns award such is the beauty, cleanliness, and sense of pride displayed by the village people and by individual householders.

Every person in the county should come out to Johnswell and just have a gander around, it would do your heart good.

And it seems that before the advent of Christianity, the well was used for pagan worship, adding another layer to the story of the well.

And last year, the local village committee of Sean Colgan, Nicky Murphy and Colin Furlong and others totally cleaned up the well area and again a landowner, Pat Murphy (Nicky's brother) allowed them to access to his land to drain off the water.

The well is a wonderful asset and inside the tiny wooden, door is a statue of John The Baptist which had been in the parish church.

It is a fantastic landmark and the well has never, ever run dry.

Another miracle, to occur in Johnswell was the construction of the community hall in 1989 and 1990 which coincided with the arrival of Sean Colgan to the village.

Again, it is a testament to the people, their resolve, and their voluntary effort.

It cost €27,000 and if it was to be built now with all the new regulations and health and safety measures you would have little change out of €500,000.

People helped to carry blocks and members of the hall committee went door to door trying to get people to provide them with interest-free loans. According to Nicky Murphy, the response was amazing and many of those who gave money refused to take it back when the time came.

The hall has paid for itself a thousand times over and is in use seven days well and all through the weekends.

It is home to the top badminton club in the country and it is unreal for such a small place to have a thriving club with such a high standing in the sport. The badminton people use the hall at least three days a week and between other sporting organisations and groups, it is a busy hub.

The old forge has been painted and reinstated on the outside by the local voluntary committee. for many, it holds treasured memories of Mrs. Lyons' shop and of playing cards there in the evening and there are a few still alive who remember old Mr. Lyons, the blacksmith working the hammer and tongs.

The parish is part of O'Loughlin Gael's GAA club and Nick Murphy pointed to a field in the distance which he claimed was where O'Loughlin's was formed and where the club first played.

A funeral in Johnswell is a big deal. What happens at the time of a local death the strength of community here. One of three or four people will everyone else to provide food in the community hall. others will do traffic management.

It all seems to work seamlessly. Everyone helps so when tragedy hits a family, they know they will have the back-up of their and the rest of Johnswell.

And so it was on Saturday after they buried Roche (nee Meagher) the people went to the assistance of the loved ones of their much-loved friend and .

it gave them comfort to know they were helping one who was extremely civic minded, always in good form and always willing to help another.

Crime is non-existent here, partly helped by the excellent Muckalee Community Alert Scheme and also by the presence of CCTV cameras in private and public properties.

Two weeks ago there was an attempted robbery in Coon and three or four hours later, the vehicle involved was spotted in Johnswell and after a few texts, it was intercepted by gardai.

And in another recent case, a trailer was robbed in the locality and again it was recovered through the scheme.

This series is not about politicians but about community and Cllr Pat Fitzpatrick is the local representative and he has played his part in helping to improve this great place.

He feels our rural villages have the heart to ensure they thrive.

"There is no doubt that the Rural Town and Village Renewal scheme has seen major investment in many villages and towns across Kilkenny and much credit must go to Kilkenny County Council for administering the Scheme and ensuring the money was delivered and used effectively.

“In the case of Johnswell, with the cooperation of land and property owners we carried out works which included installation of road safety measures near the school, community hall and church, provision of new public lighting, much needed drainage improvement works and localised infrastructural repairs to footpaths and roads. A significant contribution was made by both Colin Furlong and Nicky Murphy who spearheaded to initiative locally. Along with Council staff in the area they made the plans a reality and they must be thanked.

“Johnswell is a shining example of what can be achieved when local communities and local authorities work together to achieve a common goal," Cllr Fitzpatrick said.

It's all about, supporting the community to achieve its full potential and being a strong advocate for community interests on the Council.”

Johnswell is not just surviving but prospering and with a huge communal heart will prosper for many generations to come.