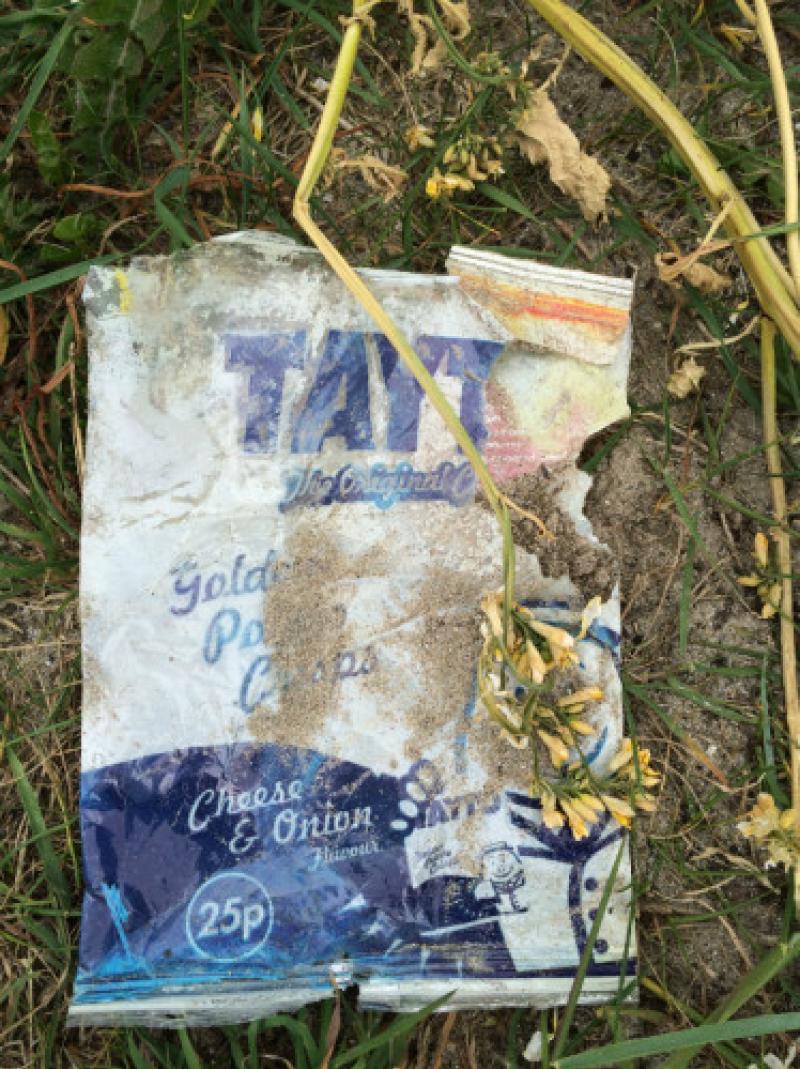 Wrappers and packets from our favourite snacks are being caught up in hedgerows - with one Kilkenny litter picker recently discovering a 16-year-old crisp packet!

Local councillors have made an appeal to people not to throw litter from their cars, onto the roadside, following the revelation.
As well as crisp packets they have been finding chocolate wrappers and household items.

“Rubbish on the roadside is a huge, huge issue and it’s difficult to tackle because of the safety issues of clearing roadside ditches,” Kilkenny County Council Director of Services Mary Mulholland said, at a meeting of Callan Thomastown municipal district.
“Please stop throwing things out of car windows,” the council official appealed.

Ms Mulholland revealed that on a recent litter pick a 16 year-old crisp packet was found.

She also highlighted that when a litter pick took place along a windy, country road at Brownsbarn the County Council had to put traffic control measures in place to keep people safe.

Cllr Peter Cleere pleaded with the people of Kilkenny to maintain personal responsibility when it comes to littering.
On a recent litter pick in his own area, Cllr Cleere said he discovered someone ‘really likes’ Galaxy Caramels, because the wrappers were ‘all over the place’ in the area he was cleaning. He said he also found household electrical items like computers and hairdryers.

Cllr Cleere said everyone is proud of their own area and appealed to people to keep their rubbish in their cars, then put it in the bin when they get home.
“Keep the place nice and safe for everyone,” he said.