Paddy Donovan, was an honest and talented man who was loved by all 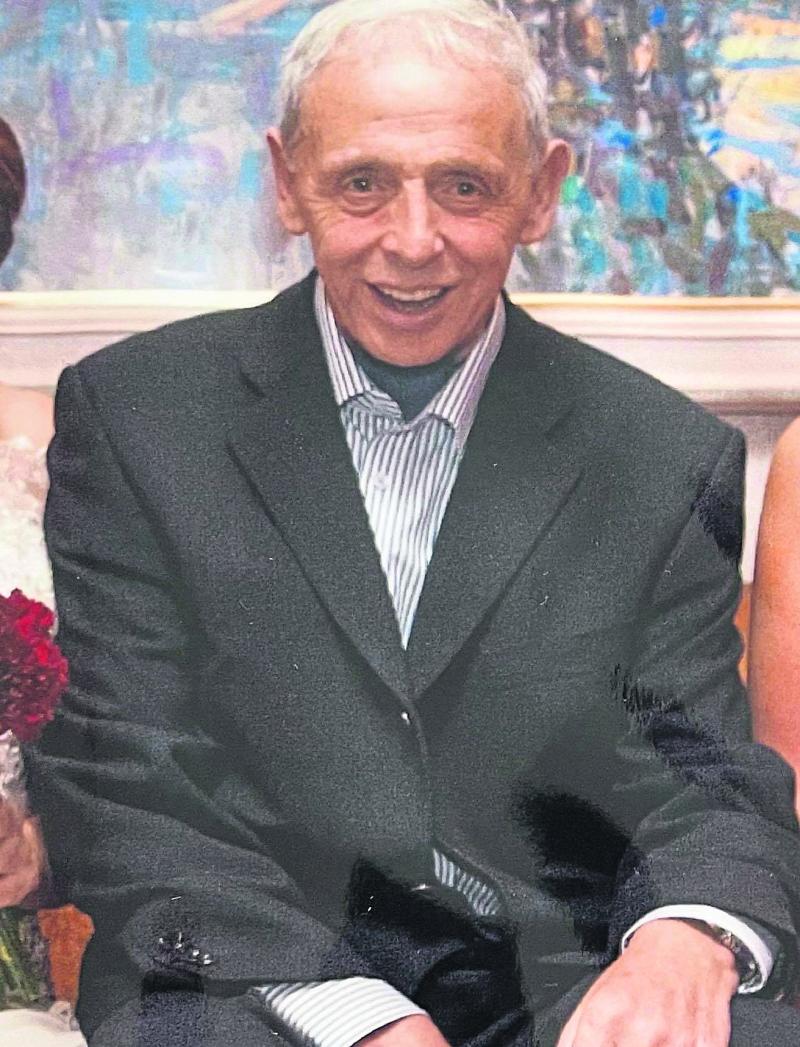 When the news reached Callan that Paddy Donovan had lost the fight of his life with a debilitating illness, my heart became heavy with grief — Paddy had been a great personal friend since I arrived in Callan with my young family nearly half a century ago.

I was not an island in my sorrow (no man ever is), as my pain was shared by the vast majority of the Callan population who knew, loved, respected and shared the character and personality that was Paddy Donovan, a member of the most respected, and endearing family in the parish.

These last couple of months have not been kind to a Donovan family who bade farewell a few short weeks ago to Bea, wife of Tom, with whom Paddy had a very special attachment. With Tom and their two sisters, Teresa Dawson (Callan) and Biddy Napier (Clonmel), they were the last of a large family born and bred in Lower Mill Street (endearingly referred to as the Holla).

Life was no bed of roses for Irish working-class people in the aftermath of World War II. The mantra of ‘needs must where needs were’ was very much part of the demands of basic existence.

In the Ireland of the large families the demands were compounded – the greater the numbers the more demanding the needs. That was the Ireland into which Paddy Donovan was introduced.

He left school (the Technical School in Prologue) at the earliest possible age and eventually procured gainful employment in the evolving Callan Bacon Factory.

Having trained as a butcher he established a reputation of honesty, reliability, and dependability over the 36 years of his employ, when he retired in 1993.

Often, I would hear the manager, the late Seamus Horgan, expound about the spectacular achievements of the Callan Bacon Factory and its meteoric rise in the realms of quality food production on a nationwide scale. When national awards were coming thick and fast Seamus would not be slow in mentioning names of the ‘foot soldiers’ who were front and centre in placing the Callan Bacon Company on the award-winning food-chain map.

The ones that come to mind are Jimmy ‘Suds’ Carroll, Murty Leahy, Paddy Brophy, Paddy ‘Red Eagle’ Power, Seanie Dunne, Eddie Hennessy and, of course, a young Paddy Donovan. If you pardon the expression, they were known locally as ‘the bloody seven’.

In the mid-Sixties Paddy befriended a delightful young Callan girl called Kathleen Ryan. After “much persuasion I agreed to marry her,” — Paddy’s words; Kathleen would have a different version of the same saga.
They lived in the Donovan family home after their marriage where they reared an outstanding family.

John was their first-born. John is a very familiar person around the city of Kilkenny, as he performs his traffic responsibilities being employed by the council. After John, Paddy and Kathleen brought Treacy, Siobhan and James (Jesse) into the world.
And so, the continuity of the Donovan dynasty in the same house went on.

Notwithstanding his family whom he revered, Paddy Donovan had an unquestionable grá for the GAA and for everything that came in that bag.
He played hurling on the street from when he could lift a hurley. That was a rural Ireland landscape where there were All-Ireland finals played on tarred roads, seven days a week, with rocks for goalposts and street lighting in cold winters.

Paddy played for John Lockes at all available levels with great distinction. He wore the black and amber with the Kilkenny intermediate team in 1973 when they were beaten by London in the All-Ireland semi-final.

It is worth remembering some hurlers who were Paddy’s colleagues on that occasion. In midfield that day was Dixie Bourke (Carrickshock) and Joe Doherty (Galmoy). Others who figured were the great Jack Bolger and his club colleague Liam Ryan from Graignamanagh. Conahy’s Shem Muldowney was there too.

Opinion would have it at the time that Paddy Donovan was very close to the Kilkenny senior panel — he was that good. And then he suffered a very serious knee injury which certainly finished any ambitions he would have harboured of ever making the senior panel. He tried numerous comebacks, but despite herculean efforts to make a return to top-class hurling his injury proved a greater impediment.

Nonetheless, Paddy was a stoic supporter of the Lockes to the day he passed away. He was ever-present at every game possible. His son Jesse filled his sporting interests as he watched him develop through the Callan schools, and the Lockes underage structures.
He was a beautiful talent with a fabulous skill ethos, superb co-ordination for a youngster and a delightful ease of effortless striking – certainly his father’s son. Paddy visibly bubbled with paternal pride as he watched his son.

While Jesse moved away from the game Paddy was privileged to see his grandson, Ryan Donovan-Cooke, develop his extraordinary skills through the superb John Lockes Development projects.
Already he has been noticed by the Kilkenny Development squads, togging out in the black and amber of the under-15 team. Sad to think that Paddy will not be around in a visual capacity as this youngster makes his mark further along his hoped-for ambition of lining out in Croke Park, as he surely must.

Paddy had a wonderful interest in many sporting disciplines. He was a superb darts player, even though his distinctive style of following the dart towards the board practically at the same millisecond before the dart left his hand caused some ‘discussion’ at times. His soccer team was most definitely Leeds United, but he had a slight smacht for “the ’Pool”.

He played skittles with the Callan team, reaching the All-Ireland final on two occasions, but alas, without success. He was also a decent golfer, Rory McIlroy being his idol, and a more than decent boxer. Most of the Donovan lads were excellent boxers but in Paddy’s eyes his elder brother Johnny, an Irish international, was the king of the ring.

After his retirement, he frequented the local booking office with his sister Teresa. I know for a fact — because we often met up in the same premises — that our combined subscriptions to Mr Bookie wouldn’t keep the man in razor blades as Paddy would say.

In between the real races, Paddy and Teresa would have great enjoyment putting their maximum bet of €2 on the virtual races at totally unrealistic prices. I doubt if they ever won even once in my presence.

He loved playing poker in the Steppes Bar every Monday night with his brother Tom, his sister Aggie (RIP), his sister-in-law Bea, and a wide circle of relatives and friends. But hurling was his passion. Dixie Bourke told me that Paddy Donovan was a certainty for the Kilkenny senior team but for the injury.

“He had the sweetest pair of hands I ever saw,” said the Carrickshock legend. “He had great skill, and hurling came effortlessly to him. Pity about his injury.”

Trips to Kilkenny matches, especially to Croke Park, were memorable with Jesse, Sinead and his sister Biddy who lived in ‘bandit country in Tipperary’ – he never forgave them for stopping the five in a row in 2010. First for breakfast in Bewleys, the bookies for a bet on the first goal scorer, and then into the Hill 16 for a ‘few sweeteners’.

Paddy’s devotion to his children and his grandchildren was unconditional. Whether it was travelling to Dingle to see Ciarán, Ali or Isobel or watching Stephen or Ryan hurling or carrying Robyn home on his bike from school he loved them all with great sincerity.

Paddy was a great father to his own – John, James, Treacy and Siobhan.
He suffered a bodyblow when his lovely Kathleen passed away in 2006. Showing great psychological strength, fortitude and helped by the love and support of his children and his own siblings, Paddy came through an emotional sequence that would have tested the resolve and determination of a far greater being.

Paddy has gone on to a place with a blemish-free passport. With Kathleen they can reflect on a life that was devoted to the rearing of a wonderful family of John, James Siobhan and Treacy.

The devotion of them both, and James and his two sisters to their son and brother John who suffered with cerebral palsy from birth is indicative of the love that abounded in the house down in the Holla.
To their combined credit, as a family it could be said that no greater love has anyone than the laying down of one’s life for a friend. Kathleen, Paddy, James, Siobhan, and Treacy earned an Honours Degree in that department of family care.

His resolve was again tested when he lost his voice box many years ago, but it didn’t deter him from enjoying many years of life with friends and family.
There are many other stories left to be recalled but they are well ingrained in the memories of the people who mattered.