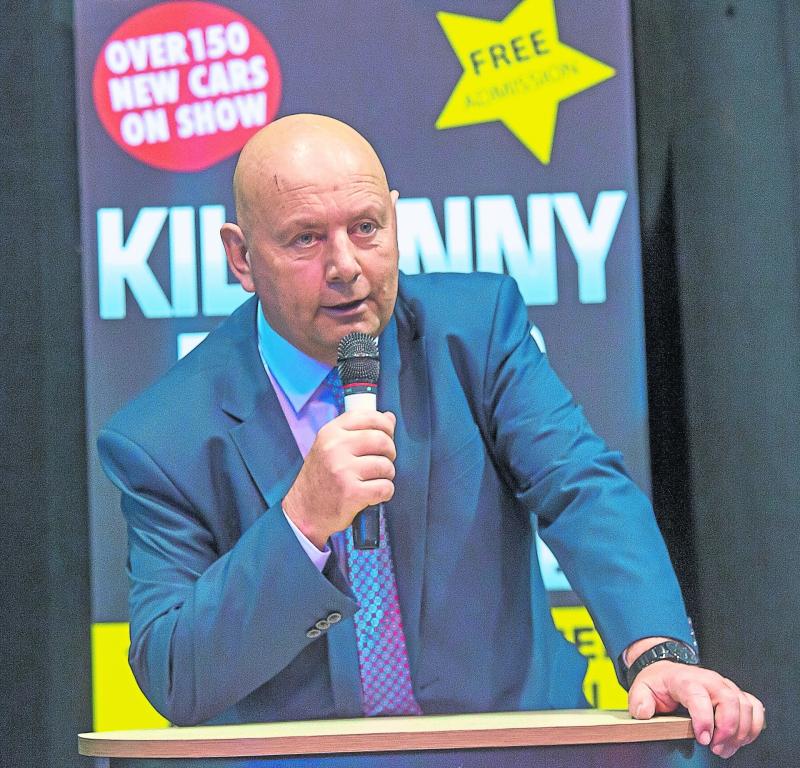 The Kilkenny Motor Show was an outstanding success yet again, and plans have already been made for the hosting of the 10th show next year.
It will be back to The Hub, Cillín Hill on the Carlow Road on November 15, 16 and 17 of 2019 for the tenth annual event.
“The ’Show went really well again,” explained Kevin Morrissey, chairman of the seven strong group of dealers who host the event.
The buying mood was strong, and deposits were taken to confirm the sale of 82 new cars.
“That was the start of it,” added Mr Morrissey, who is chairman of the Society of the Irish Motor Industry (SIMI) locally.
Potential buyers
“Each dealer has a long list of potential buyers to follow up. Everyone was happy with the way things went.”
The group of dealers involved cater for nearly a dozen brands, and they had over 160 new cars on exhibition between the indoor arena and outdoor car parks at The Hub during the ’Show which ran from Friday until Sunday.
“All the dealers have very positive leads to follow up,” Mr Morrissey said.
“The general feeling among dealers was that relative to other years more people were interested in doing business than merely viewing.”
Success
He said a lot of people contributed to the success of the ’Show, including Kilkenny Gardai, who were very helpful when the new cars were being ferried to and from the venue, and sponsors Bank of Ireland, AIB, First Citizen Finance, Alphera Financial Services, First Auto Finance, Permanent TSB, the Kilkenny People and KCLR.
Events Manager at The Hub, Paula Lawler, was also thanked for her great support, as was Michael Byrne of the Kilkenny People.
Thanks
“We thank all the people who supported the ’Show and our businesses,” Mr Morrissey added.
“This is a serious example of Kilkenny people helping Kilkenny business, and it is very much appreciated.”
The ’Show was the brainchild of local dealers during very difficult times for the industry nearly a decade ago.
Now the ’Show attracts huge crowds from all over the South East, and dealers in other areas are thinking about following the Kilkenny idea.
“The real beauty of the ’Show is that the idea is simple, but it wouldn't be possible without the co-operation of all the dealer,” Mr Morrissey insisted.

For more on the Kilkenny People website read here.