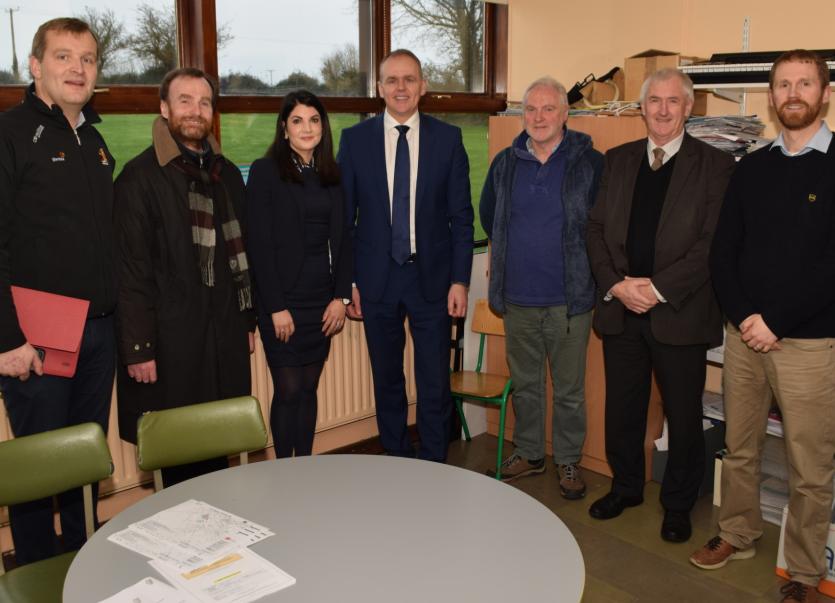 The national school there was originally developed as a three-teacher school. There are now nine staff at the school and no internal corridors linking classrooms. While the school has a grant for a learning support room and an additional classroom, Minister McHugh and Minister of State John Paul Phelan were told of the need for a further classroom, which would allow the school to be redesigned and linked.

As well as a meeting in Ballyhale, Minister McHugh met representatives from St Canice’s National School in Rosbercon. It has been struggling with capacity issues for years, and the Department is preparing to break ground, with an aim to having new classrooms occupied next year.

Amalgamations at both Mooncoin and Kilmacow National Schools have been very positive but issues remain regarding safe road access. Minister McHugh said he would work on a timeline for a new build for the area. He was also reminded of an application for a concessionary post in Kilmacow.

Minister of State Phelan decribed the visits as ‘productive’.

“It was a productive visit and Minister McHugh listened to representatives from the various schools and has already been in touch with senior officials in his department to follow up on commitments made to the various schools,” he said.

“I will remain in constant contact with Minister McHugh on these matters to ensure that everything possible is done to ensure that the various communities in this constituency have the facilities and services they need at this critical time in their education."