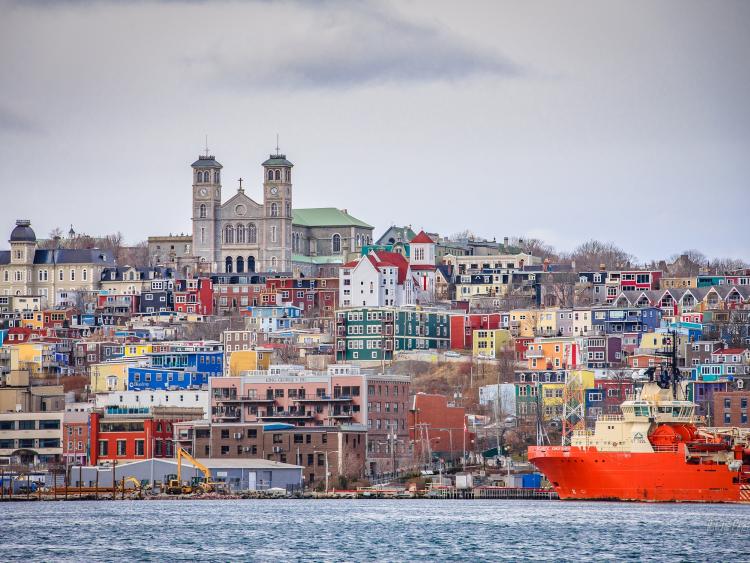 Excitement is building in South Kilkenny over plans for the 14th annual Ireland Newfoundland Gathering to be held in Newfoundland later this year.

It follows the hugely-successful 13th annual gathering which was held in Kilkenny last August, and saw large numbers of Newfoundlanders arrive for a fantastic few days here.

There was a good attendance at a recent information meeting in the Community Centre in Mooncoin to discuss the upcoming trip. The meeting was opened by local councillor Tomás Breathnach, Chairman of the Ireland Newfoundland Working Group (South Kilkenny).

Success
Cllr Breathnach welcomed everyone to the meeting and again thanked all who had contributed to the success of last year’s event. He said it had given people the opportunity to showcase their communities, to get an appreciation of the strength of the connection between South Kilkenny and Newfoundland, and it had created many friendships — not only with the visitors from Newfoundland, but also among people in the different parishes that make up South Kilkenny.

Cllr Breathnach introduced the committee members of Ireland Newfoundland Connections to the meeting including Walter Kirwan (Dublin), Éamon Ó Murchú (Dunhill), Michael Casey (Wexford) and Michael Murphy (Graignamanagh).
Walter and Éamon outlined the plans for this year’s visit to Newfoundland, which is open to all.

Three places have been chosen as bases for this year’s visit: Placentia, which overlooks Placentia Bay; Carbonear, a historic town on the west side of Conception Bay and St John’s which has been described as ‘the most entertaining town in North America’.

The event pass for the visit will cost €400 which will cover the costs of meals, entry fees. Internal transport in Newfoundland will be by means of seven-person vehicles with room for five occupants and luggage in each. The costs of petrol will be shared among the occupants.

Flight service
Unfortunately, Westjet which had operated a daily flight service between May and October between Dublin and St John’s (Newfoundland) will not do so in 2019. People wishing to participate in the visit are advised to book on the Westjet service from Dublin to Halifax and get a connecting flight from there to St John’s.

The anticipated cost (including flights, events and travel in Newfoundland) for the ten days is around €1,000/€1,100.
Both Walter and Éamon advise that no bookings be made until confirmation of the visit to Newfoundland had been communicated to all interested in travelling. Those interested should contact Walter Kirwan at 087-2310396 or by email at wallykirwan@gmail.com.

Meetings will be arranged by Ireland Newfoundland Connections in the coming weeks when further information is available.