All photographs taken by Joe Cashin 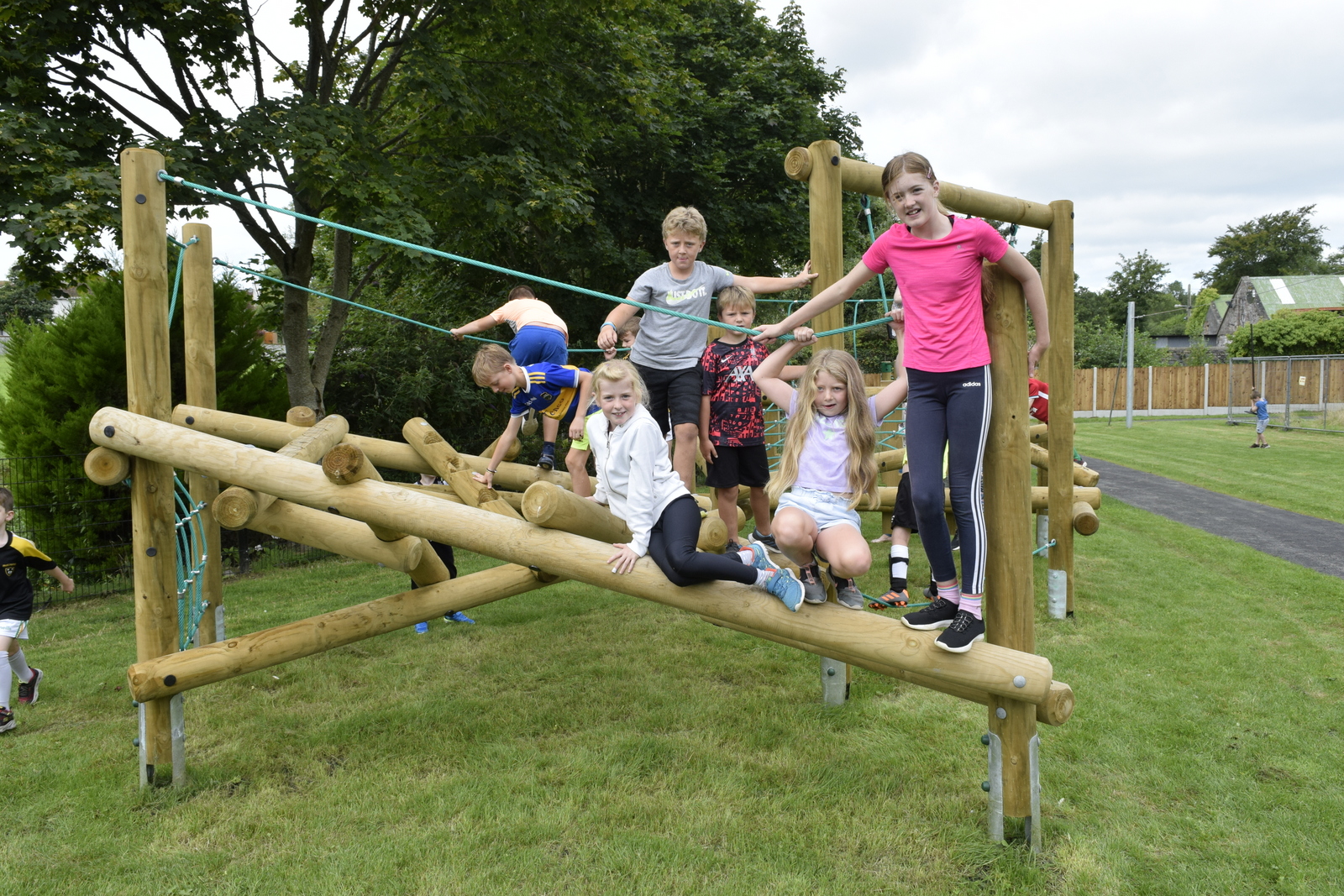 Located on the banks of the river, in the heart of the community, the new park not only boasts sturdy and creative play areas for children, but a well thought-out sensory garden.
To a backdrop of the excited sounds of children playing, the committee and dignitaries made their official speeches.

Cathaoirleach of Kilkenny County Council Fidelis Doherty said she was sure the late Johnny O’Shea was looking down on them saying it was a ‘job well done’.
“You can take ‘pride in this wonderful new facility,” Cllr Doherty told all those involved in its development.

Kilkenny County Council was proud to associated with the venture, the Cathaoirleach said. Funding was also provided by Kilkenny Leader and St Canice’s Credit Union. But the wonderful park development would not have been possible without the generosity of the local community. They supported all fundraising efforts for the park.

The late Johnny O’Shea donated the land for the park. “This was one of Johnny’s dreams for the town,” Sinéad Connolly, a member of the park committee told those gathered for the official opening.
“Standing here now, on the transformed site, we can all be proud of what we achieved.
“Seeing the joy it has brought children, their parents and grandparents has made it all worthwhile.”

Paul Young: 'We are so delighted to be reunited with their talented team again for this new show'