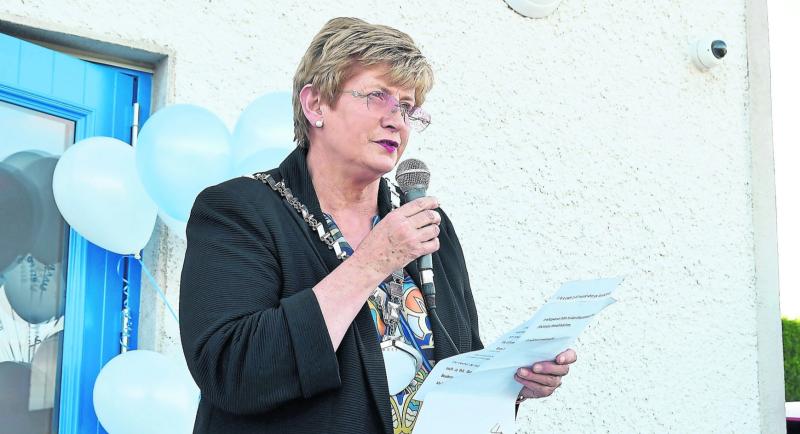 Cllr Fidelis Doherty stepped down as Cathaoirleach of Kilkenny County Council earlier this month and will now take up a new role as Chairperson of her local municipal district, Piltown.

Cllr Doherty is taking the reins as Chairperson of Piltown MD from Cllr Pat Dunphy.

The new vice-chair of Piltown MD will be Cllr Ger Frisby.

Reflecting on the last year, Cllr Doherty described being elected as Council Cathaoirleach as ‘a great honour’.

“It was great to be able to represent Kilkenny as Council Cathaoirleach and attend so many wonderful events that showcased the work being done across the county,” she said.

“A particular highlight for me was the opening of the new car park and amenity area at Poulanassy Waterfall.”

As the new Chair of Piltown MD, Cllr Doherty is hoping to have the advancement of N24 improvement works high on the agenda.

She also seeks to advance plans to open the South-East Greenway in phases based on completion dates rather than having to wait until 2024 for a full opening.

Cllr Doherty has served in all levels of the Fine Gael organisation – at branch, district and constituency level and has been a councillor on Kilkenny County Council since June 2009.