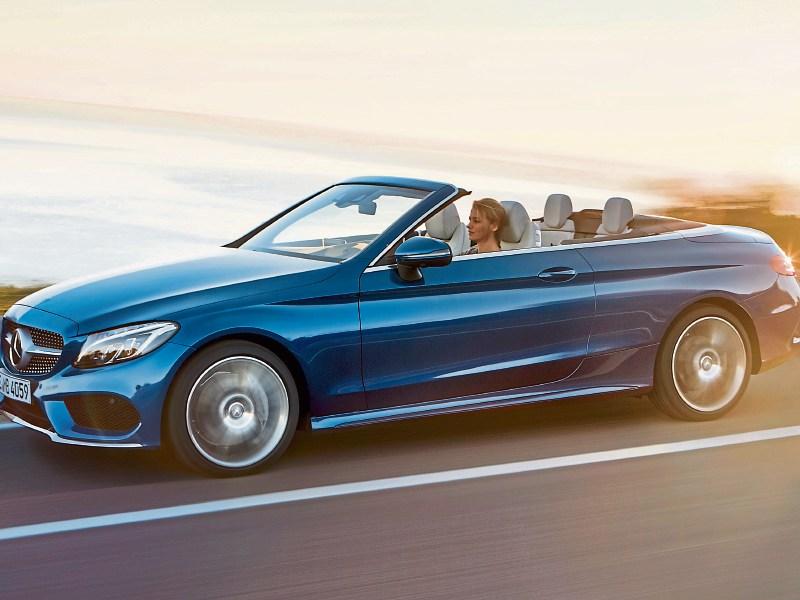 They are the C-Class Cabriolet (pictured), E-Class Estate and GLC Coupé.

In the offing too, though wrapped in secrecy until its unveiling, is a model they describe under the working title ‘Electric Sub Brand’.

Being rolled out to dealers countrywide, the two-door, open-top C-Class Cabriolet – the first convertible produced in C–Class form - is a car that their sales manager in Ireland, Ciaran Allen says ‘is crafted for cruising’.

With a soft top that can be opened/closed in just under 20 seconds, even at speeds up to 50 km/h, it comes with a comfort pack that makes post-Summer open-top motoring entirely possible.

Items that will help motorists to enjoy summer into autumn, top down motoring include neck-level heating for driver and front seat passenger and an electric draught stop system that delivers maximum open-air comfort, even at low temperatures.

Though the range consists of five petrol, two diesel and an AMG version, all Euro 6 emissions compliant with start/stop function.

Second newcomer falling under the Paris spotlight is the GLC Coupé, a sporty version of the recently introduced GLC mid-size SUV.

Described by Ciaran Allen as a niche model appealing to those who rate style as highly as substance, the model being profiled here is the GLC 220d Coupé priced at €60,230 (ex works).

Third of the Mercedes-Benz Paris showstoppers is the new E-Class Estate.

Designed and equipped with all of the style, and specifications lines available in the recently introduced saloon version, the new E-Class Estate is expected to launch here in October by which time price and other key details will be made known.