The heart winning Mustang is a smash hit during Arts Festival 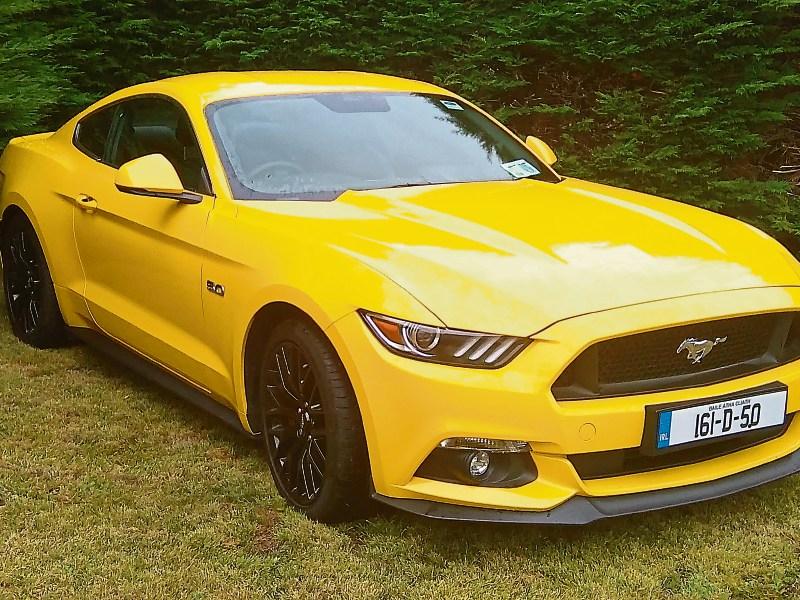 It was a coincidence that we had one of Ford’s finest artistic creations, the iconic Mustang, in the city during Kilkenny Arts Festival.

But you know, it was entirely appropriate.

By now in the evolution of motoring, the Mustang has earned the status as much more than a mere car.

It is a piece of history, a thing of beauty with mass appeal that ranges right across age groups and even gender.

At a time in our City when the finest of art, culture and music was being celebrated, the Mustang cast its own spell.

We have no way of gauging such things, but we would wager it was among the most photographed pieces of art during the ’Festival, a genuine curiosity item.

The draw was magnetic. People, young and old, simply galloped to the Pony car, camera phones at the ready.

On March 9, 1964 the first Mustang rolled off of the assembly line in the US.

Following a finely coordinated and focused advertising campaign on all the main media outlets, Ford sold over 22,000 Mustangs the first day.

The Mustang had made a name for itself. It was here to stay.

Eighty units were assigned to Ireland. Fifty have been registered.

Three assigned dealers, one each in Cork, Limerick and Dublin, sell Mustang. The range has been hugely successful, and Ford is struggling to meet the demand right across Europe.

The order book for 2017 is open already, and business is said to be brisk. And the age profile of buyers?

In Ireland it is said to be very varied, with a mix of young and ‘older’ motorists opting for the new Mustang, overwhelmingly male, however.

Ford Mustang is available here as a fastback or convertible, with the option of a 2.3-litre EcoBoost or 5.0-litre V8 engine.

Our drive was in the monster-powered 5.0-litre V8 which, to be honest, has to be handled with care.

One drove the same car on the Mondello Park racing track some months back when we were able to ‘let rip’, if you like. It was a thrilling experience, opening up the engine and giving the car its head down hill on the main straight.

You could drive Mustang like a sports car there. On our roads, and with the risk of speed cameras ever constant, there has to be more constraint.

You could go for the thrill and chance a blast of the enormous power (530Nm of torque) on the motorways, but this big, muscular car couldn’t be blasted around secondary roads. No way!

This galloping pony is for the big highway!

With a mighty 410bhp on tap, Mustang can roar its way to 60mph in under five seconds.

Actually it is not a roar, more a harsh clearing of the throat that ripples all the way right under the middle section of the car, front to back, on start up.

An enchanting signature note for the ’petrolhead’, and a smile giver to the casual car person.

The sweet tune of power from under the broad, sweeping hood that appears to rise as you look out across it, opens into a ferocious growl as you gallop through the terrific 6-speed manual gearbox. You can almost feel the movement of the cogs through your left hand.

Wonderful! You would willing pay for a way out driving feel like that.

Mustang is not necessarily a buy of the head.

You buy a car like this largely because of what you feel in your heart.

And with 19” alloys running on P Zero Pirelli tyres - a maximum performance Summer tyre - you have what is generally regarded as the most reliable treads when it comes to handling the extreme power of modern supercars helping glue you to the road.

You can set the steering to the feel you want - normal, sport, comfort - or choose your own drive mode (normal, sport+, race track, snow/wet). Long before you reach that point you are already won over, the rumble from the V8 being the clincher.

The Mustang is a big motor, and there is plenty of head, leg and elbow room for the driver and passenger.

It’s a climb into and out of the two rear seats, and there is little leg or headroom worth talking about. Not for me.

Exactly, one would reply.

If you want something like that, buy a different car.

If you want a car that will bring a smile to your face every time you spark up the engine, then Mustang is matchless.