Tenacious 'Shock bounce back up to senior 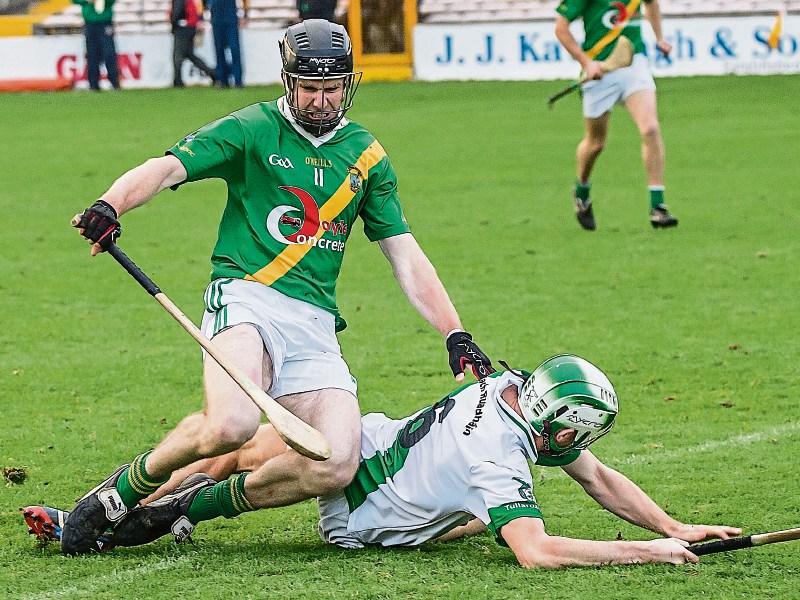 Michael Rice was the star man for Carrickshock

Carrickshock, who were relegated from the senior grade last season, bounced back in style and today at Nowlan Park they won a tough and uncompromisng intermediate hurling championship final and promotion back to the top flight in 2017.

They finished 0-13 to 0-6 ahead of Tullogher-Rosbercon, who were appearing in their first intermediate final.

The winners had first use of the bitterly cold wind blowing down the field towards the city end goal and they opened smartly. Before the four minute mark had been reached they had registered through John Tennyson, John Power and Kevin Farrell (free) and things were looking hugely promising for them.

However, the scores dried up after that as the teams played a tight marking game. At half-time Carrickshock led by 0-7 to 0-3, and Tullogher must have fancied their chances.

The winners surrendered little ground during the next quarter, but they lost captain and centre-back, John Tennyson, who was red carded following a tackle on Walter Walsh, in the 43rd minute. From the resulting free Cian O’Donoghue pulled back the arrears to 0-6 to 0-9.

Tullogher were unable to make much use of the extra man as the opposition upped the tempo with Michael Rice playing a star game as the stand in centre-back. Points from John Power and Brian Donovan helped tighten Carrickshock’s grip on the game, and by the time Tullogher’s Pat Hartley was red carded in the 51st minute, the ’Shock had their second intermediate title virtually in the bag. The club also won this championship in 2004.