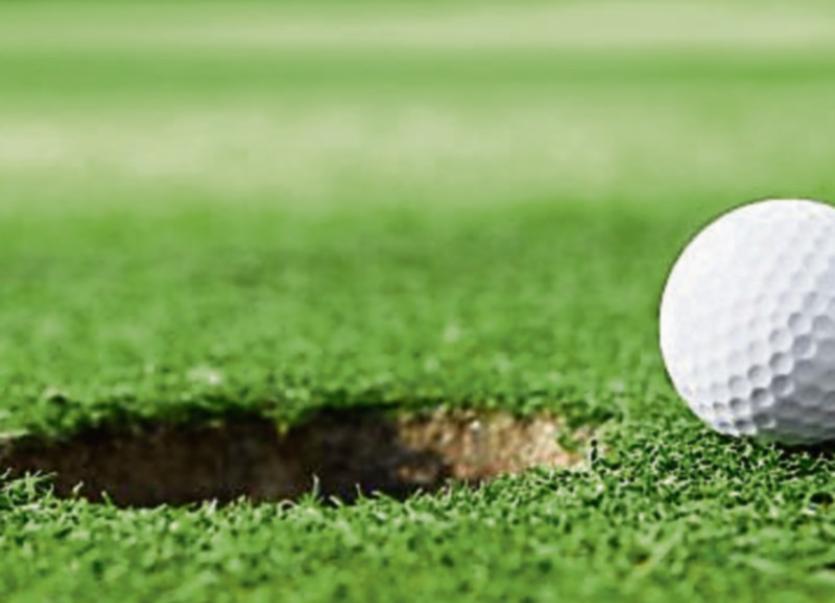 Results from the latest round of the men’s Winter League have really set up an intriguing finish to competition at Callan GC.

The team of Richard McKeever, Rickard Burke, Paddy Donovan and Tom Kenny have moved into first place with 495pts thanks to Richard’s 38pts and Rickard’s 32pts. They are narrowly ahead of Nigel Dagg’s team, Brian Malone, John Grace and Tommy Coyne, who are now on 494pts.

Jeff Lynch’s team, which features Peter Ryan, Richard Gypps and Robert Woodcock, has jumped from ninth place to sixth overall thanks in part to Jeff’s great win at the weekend with 43pts and Peter’s 36pts.

With six rounds to go it’s still impossible to say which team will be in pole position at the end. With only 56pts separating the top ten teams it’s still all to play for in the competition.

LADIES - The final day for entry into the Ladies Spring League is February 7. Entry sheets are posted in the ladies locker room.

Ladies interested in playing on any of the inter-club teams are invited to put their name on the team sheets in the ladies locker room.

The first practice round will be held on Saturday, February 18. Club professional, Brian Doheny, will be doing some group lessons at a minimal charge in early March as the teams try to match the efforts of last year’s sides, who kept the club flag flying proudly. Brian will also be giving a general information and rules evening for all team players and caddies.

RGA - Thirty-four gentlemen of the RGA took to the course for a 12-hole stableford competition recently.

The RGA also held their annual meeting on the day, with new officers elected for 2017. Naoise Rice has been named as president for the year, with Glen Wilson as captain.

OPEN - The men’s 12-hole open singles competition was won by Brian O’Neill with a score of 29pts. James Wellwood was second with 25pts.

The weekend competition won by Jeffrey Lynch (3) with an incredible three under par round and a score of 43pts. What makes the round even more special was the fact he had a double bogey on the 12th!

In second place was Hugh O’Shaughnessy (8) with 42pts and third was Michael Holden (17) with 41pts.

COURSE - Players are again reminded to pay heed to all roped-off areas on the course, which are designed to protect the margins around the greens. Members are asked not to bring their golf carts onto the green fringes and to repair both pitch marks and divot marks.

LOTTO - There was no winner of the club lotto jackpot. Numbers drawn were 13, 21, 24. Lucky dip winners (€30) were Nigel Dagg, John Costigan and Callan CBS. Sellers were John Kinchella, Joe and Murt Cuddihy. The jackpot is now €1,850.

Members are reminded that subscriptions fees are now overdue at Gowran Park GC.

Golfers are asked to ensure that all accounts are brought up to date immediately.

DRIVE-IN - The Captains’ drive-in will be held on Sunday, February 26.

RACING - Red Mills race day will be held on Saturday, February 18. There will be no golf that day.

EVENTS - The finishing touches have been put to the 2017 calendar of events. The diary will be available from the Golf Office shortly.

The ninth and final round of the Winter League is now underway at Castlecomer GC.

At this stage teams F, H and G are all but certainties to reach the final. The fourth spot is between teams J and A. Team A are eight points behind Team J, but this eight point differential is bridgeable.

The final round of the League runs until Sunday. The Winter League final will be held on Sunday, February 12.

It poured down non-stop all morning meaning that the wet gear was much in vogue. Even so, a few players contrived to bring in good scores on the day.

Taking the honours in first place was John O’Connor (7) with 36pts. A better back nine meant that Michael Butler (12) took the runners-up position with 35pts from third-placed Paul Goff (10). The gross went to long hitting Hugh Behan with a score of 26pts.

Category One was won by Mossy O’Connell (7) with 32pts. Category Two went to Ted Harrington (11) who carded a 33-point total and Michael Logue (20) took Category Three also on 33pts.

LADIES - The ladies enjoyed some good conditions to play in the 14-hole stableford and the first round of the Winter League.

With the evenings stretching a little the Wednesday draws will revert to 10am and 1pm from today (Wednesday). The competition will be another 14 hole Stableford.

The Mexican Scramble format will return on Wednesday, February 8. Online booking only.

BRIDGE - Bridge continues in the clubhouse on Fridays at 2pm.

UPCOMING - There will be an 18-hole V par competition on Sunday. On Sunday, February 12 there will be a Scotch foursomes competition to help Martin Carroll identify possible pairings for team competitions. All players anxious to be considered for selection on teams are invited to take part.

The following weekend, February 18 and 19, there will be an open three-person scramble competition to be played over the full 18 holes.

The next prize-giving ceremony will be held in the clubhouse at 6pm on Sunday, February 26.

The third round of the Winter League has been completed at Rathdowney GC. League standings are posted on the noticeboard.