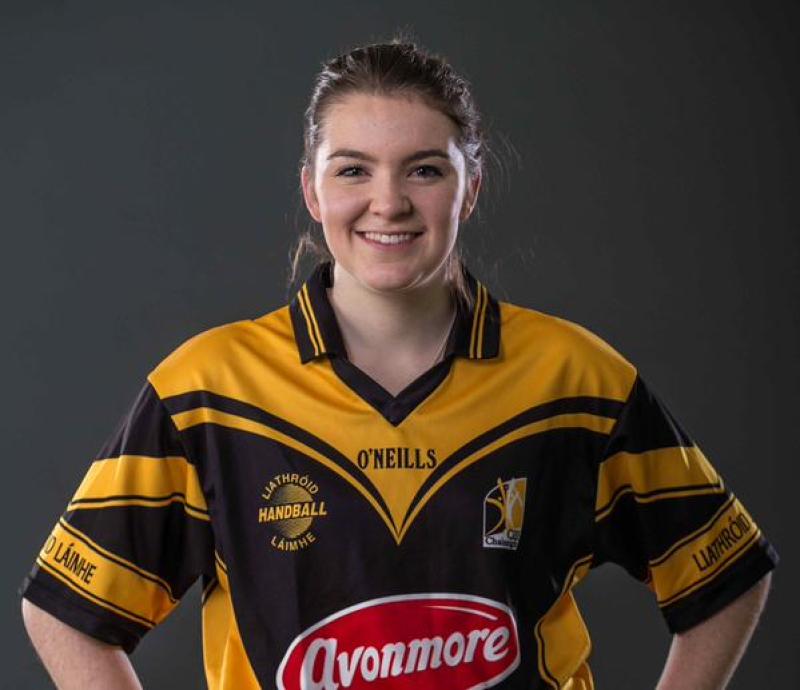 In the recent Third Level colleges 60x30 championships played in courts around Kilkenny, success was enjoyed by a number of Kilkenny players.
They won the ladies and men's singles titles.
One of the most improved female handball players in recent years has been Ciara Mahon from Clogh.
During that time of progress she has produced some great performances in various competitions.
In the recent Intervarsity championships, Ciara completed the four in-a-row when defeating Fiona Tully in the final.
Representing Trinity College, the Clogh player was never troubled on her way to victory. She was a comfortable winner over the DCU player in two sets, 21-10, 21-3.
This latest win confirms Ciara’s status as one of the top players in ladies handball, having reached the semi-finals of the All-Ireland singles championship earlier.
Ciara also partnered Aoife Holden (Kilfane) in the ladies doubles decider against Cork.
Here their performance impressed many supporters in the large crowd.
To underline Kilkenny’s strength in 60x30 handball, the men's singles decider was an all Kilkenny final featuring two players from the Clogh club.
With some big names in line for this title it was clubmates Brian Mahon (UCD) and Shane Dunne (ITT) who put in an excellent performances to reach the final.
In reach the final Brian, representing UCD, accounted for Michael Hedigan (UL) in the quarter-final and confirmed his superiority over Ryan Mullen (UUJ) in the semi-final.
For Shane to claim his place in the decider he had to defeat No. 1 seed, Keith Armstrong (NUIM) and Galen Riordan (UCD).
On this form the final was expected to be a close affair with the two players on top of their game.
Having started strongly, Mahon raced into a game winning lead, 17-8, eventually closing out the set 21-17.
Although the UCD player took an early lead in the second game it was Shane who gradually built momentum to bring the match to a deciding tie break when winning the set, 21-10.
Scores were level on a number of occasions up to 5-5.
From here on Dunne scored the necessary six points to claim the singles title on an 11-6 score.
In the doubles championships a few weeks ago, Shane and partner Paul Murphy brought more honour to their college when they won the men’s Open doubles championship.
Team final
The All-Ireland under-12/13 Team of Six final that was scheduled for Kilfane on Saturday was postponed due to the bad weather. The national CCCC will be making a new fixture for the event.
Upcoming events
This weekend the annual Golden Gloves tournament will be played in Belfast.
Meanwhile, the closing date for the Irish 40x20 nationals is Friday, November 3.
The nationals are scheduled to be played at Mayo venues on the weekend of November 24/26, with any qualifying matches being played the previous Sunday, November 19.
Depending on numbers, qualifiers will be played at venues around the country.
Also, the All-Ireland team of four club championships will be completed over the next few weeks.