Greyhounds: Ballybough Murt made an impressive return to Kilkenny track 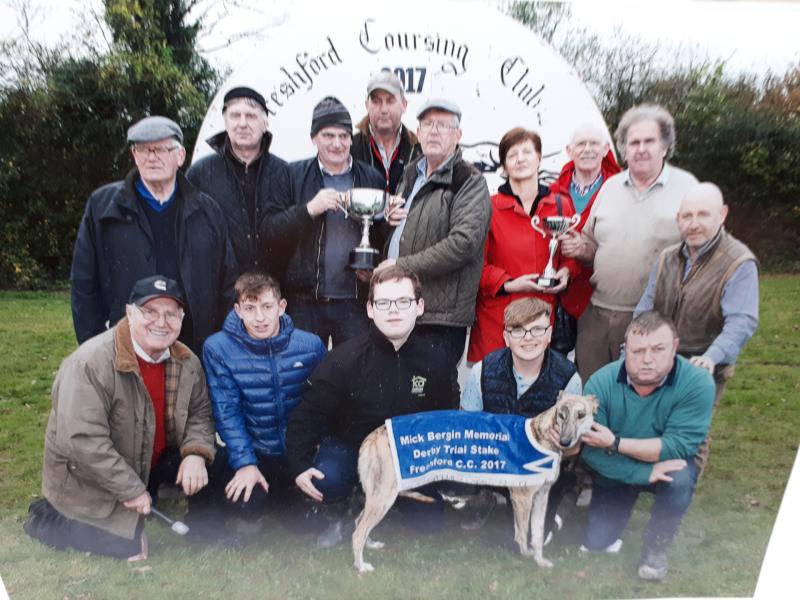 Racing at St James Park on Friday featured the start of a number of stakes.
Both the Mary Ramsbottom a4 Stake and the Droopys Nidge a1/a2 stake look like being very competitive.
The fastest time of the night came in the opening heat of the a1/a2 stake.
Ballybough Murt had been running in the Puppy Derby of late and he made the most of the return to Kilkenny with a decisive victory.
Triangle Serena started best but came wide up the track from trap one. It was tight into the first before Ballybough Murt asserted to take over at the head of affairs.
The son of Superior Product and High St Miley was soon four lengths clear and in control. Notorious Ben closed the gap by a length into the third as he tried to set up a grandstand finish.
The Murt Leahy trained Ballybough Murt was in no mood to surrender and stayed clear to win by three lengths in 29.08.
The other winners in the a1/a2 stake were Ambitious Sparky and Bull Marker.
The first race saw Howsyerdaymissus start fast but it was Ballygur Santa who got the bend.
The pace setter showed big early dash to skip six lengths clear of Chaotic Oak at the second bend. The challenger shaved off a length into the third and had a real go at catching the fading Ballygur Santa up the home straight.
The line came in time for Ballygur Santa to claim victory over Chaotic Oak by a short head. Ambitious Glyder was a further short head back in third. The time was 29.56.
The opening heat of the a4 stake saw Emers Chance and Ballydaniel Sky to the fore early doors.
The latter went on to get the bend and was four lengths clear of Emers Chance coming out of the second.
Ballydaniel Sky streaked six lengths in advance of the field rounding the third. Chaotic Petra came out of the pack to challenge late on but Ballydaniel Sky was home and hosed by three quarters of a length in 29.62.
Race three was the Mary Ramsbottoma4 525.
Well away
Acres Hill was well away and set the early fractions. The leader was in front around the opening two bends, holding a two length advantage over Foulkscourt Rush out of the second.
The lead was down to a half a length rounding the third and Foulkscourt Rush was soon in front.
Foulkscourt Rush kicked for home and it looked a winning move, but the Ann Wade trained Always Beaming swooped from off the pace to snatch the win by a neck in 29.91.
The third heat was level at traps. Trumera Wood pushed for the rails from trap four and had the early dash to get there.
Trumera Wood went on between the bends to hold a two length lead over Foulkscourt Hope into the second.
No change
There was no change into the third and on the run home Trumera Wood always had it in hand as he saw off Foulkscourt Hope by two and a half lengths in 29.59.
The fourth and final heat saw a trap to line winner in the shape of Home Hunter.
The victor went up well from trap six and was never in any real bother once he turned down the back stretch four lengths ahead of Ambitious Ranger.
Six lengths clear at the third, Home Hunter was pressured late on by Sober Java but had enough in hand to seal the victory by two and a half lengths in 29.40.
Ambitious Hylda started best in race six and led towards the first bend.
Optimistic Misty barged her way by at the opening turn and on into a two length lead over Tentothedozen at the second bend.
The challenger was within a length by the third but the Thomas Buggy-trained Optimistic Misty dug deep up front and refused to yield. Optimistic Misty won by a length and a half in 29.62.
As expected Skeogh Man led up and around the first two bends in race eight, the Droopys Nidge @Stud a1/a2 525.
The flying early pacer held a four length lead over Fennis Brae at the second bend, a lead that he extended to five lengths turning for home.
Now he had Ambitious Sparky giving chase in behind. Skeogh Man faded up the home straight and the Sheila H Devoy-trained Ambitious Sparky was close enough to pounce for a half a length victory in 29.41.
The last race of the night went the way of Bull Marker.
Found trouble
Lemon Reggie was all the rage in the betting ring but he found trouble at traps and his chance was gone.
Dutch Dream led up on the outer but had Bull Marker in close attendance.
The pair were level at the second bend before Bull Marker took control into the third.
The Pat Moloney trained Bull Marker remained in control all the way to the line to see off Dutch Dream by two and a half lengths in 29.15.