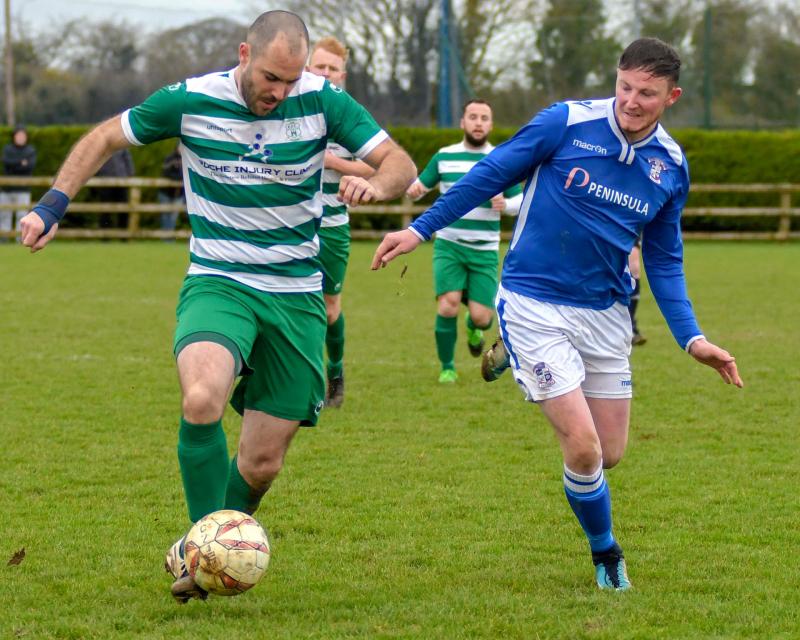 The race for the Maher Shield title is down to two contenders as Evergreen A and Highview Athletic booked their places in this season's final.

Reigning champions Evergreen were first to get through, but had to come from behind to beat city rivals Freebooters in their semi-final. The Blues took an early 2-0 with goals from David Doyle and Henry O'Neill, but their hosts hit back with a Mikey Drennan hat-trick, plus a Sean Barcoe strike, to win 4-2.

Highview Athletic made sure of their place in the decider when they saw off Evergreen B 2-0 in the second semi-final. The Graignamanagh side went in 1-0 up at break thanks to a Dean Broaders penalty and sealed the result with a thunderous Kelvyn Skehan goal before the final whistle.

Meanwhile Thomastown United have plenty to be pleased about as they maintained top spot and an unbeaten league record into 2018.

The Premier Division table-toppers made it six wins from six games when they scored a 1-0 win away to Deen Celtic in the last top flight game of 2017.

Nathan Sherry’s first half goal was enough to give United the win and stretch their lead to nine points at the top of the table. They won’t get carried away - second-placed Freebooters have three games in hand - but a win over ’Booters on the Fair Green this Sunday could strengthen Thomastown’s hand.

In Division One Clover United gained ground on leaders Evergreen C when they scored a 3-2 win over bottom side Stoneyford United. Fort Rangers could have joined the Rathdowney men in joint second place, but had to make do with a point as they were held to a 1-1 draw by Castlewarren Celtic.

In Division Two leaders Bridge United saw off River Rangers on a 4-1 scoreline. Eoin Kavanagh (2), Chris Kavanagh and Adam Farrell were on target for United, who now have a six-point cushion after second-placed Spa United went down 3-1 away to Newpark. Ormonde Villa finished 2017 on a high, beating Paulstown 06 1-0 at Garringreen, while Ballacolla beat Brookville 4-1.

It’s 37 goals in nine games for East End, which puts them as the second highest scorer in all of the junior leagues. The highest? Bridge United have hit 40 in nine games to date!