A team with unbreakable spirit can achieve a lot 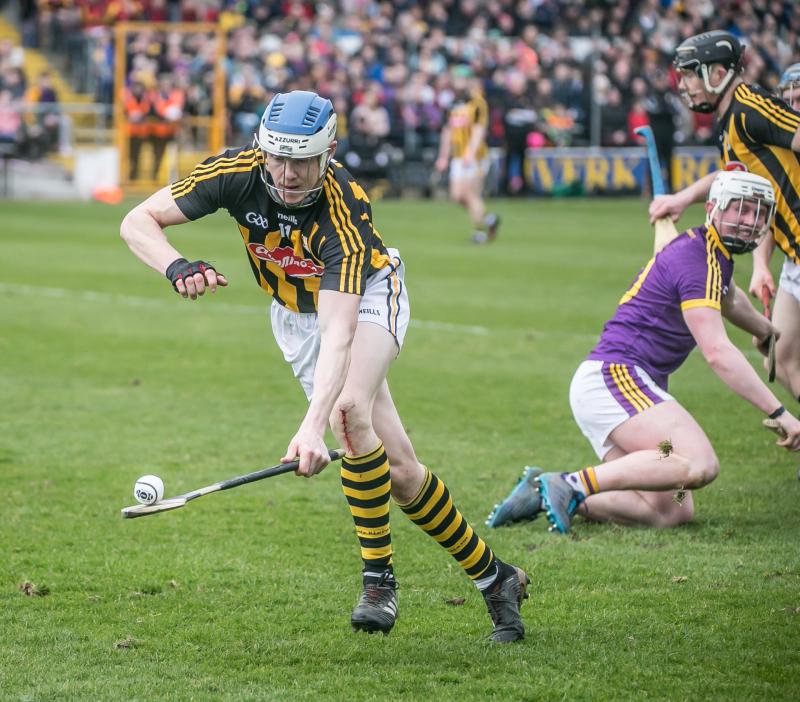 T.J. Reid had another big day for Kilkenny against Dublin

Man gets tired, Spirit it don’t
Man surrenders, Spirit it won’t
Man crawls, Spirit flies
Spirit lives when Man dies
The Waterboys, ‘Spirit’
First things first and credit where it’s due. Dublin’s senior hurlers were magnificent.
They hurled with purpose, forcefulness and clarity. Their game plan was sensibly and necessarily limited and they enacted it splendidly. Their tactical configuration was designed both to make them difficult to break down and to simultaneously carry the battle to the enemy - and it worked. They led for 68 minutes, from inside the third minute to the first minute of injury time.
And still they didn’t win.
Given that Dublin ticked so many boxes at Parnell Park on Sunday, does it take a little of the gloss off Kilkenny’s victory? No. Quite the reverse. It renders Kilkenny’s victory all the worthier.
The issue of whether the better team lost is too diffuse and existential to be allowed to detain us. Let’s just agree, therefore, that the hosts did the better hurling for 60 minutes, upon which the visitors did the hurling that won the match: 1-6 to 0-1 in the closing ten minutes, with four minutes of injury time on top.
What won it for them? Self-belief. Resolve. Application. Know-how. Spirit. Above all, spirit. That most fundamental of the Cody virtues.
It goes back 20 years, to when Brian Cody took over as manager and deemed his primary objective to be the creation of what he termed “a spirit that could not be broken”. He succeeded wildly. Two decades on, Kilkenny are still crowbarring results from the jaws of defeat. Man gets tired, spirit it don’t. Man surrenders, spirit it won’t.
It was spirit, and nothing else, that got them over the line after they’d spent an hour locked in an airless room with a blue giant throttling them into insensibility. Of the seven youngsters in stripes starting a championship match for the first time James Maher and John Donnelly did reasonably well, Conor Delaney didn’t look out of place but the other four made no impression.
And that’s okay too. No biggie. These things happen. All seven were not going hurl as if to the manner born; that goes without saying. That only three of them managed to turn in a 7 out of 10 display was slightly disappointing in the here and now but nothing to fret about in the long term.
No Space
In any case Richie Leahy, Martin Keoghan and Bill Sheehan were afforded no space in which to operate in the enemy half of the field. That was the rock root of the Noresiders’ difficulties. They were trying to play a different kind of game to Dublin’s game, but Parnell Park conduced to only one of those games. Dublin’s game.
The approach that had seen Kilkenny to their National League triumph failed them utterly. The tightness of the tramlines in Donnycarney meant they were incapable of getting around their opponents; their own callowness and lack of physique meant they lacked the heft to go through them. Thus the new-style running game, all the rage during the Spring, foundered. Kilkenny couldn’t play their way through the Dublin defence.
But the management were good on Sunday, as they’d been during the league. They needed to be. It took Kilkenny 25 minutes to manage their first score from play and 33 minutes to manage their first score from play from a forward. It took T.J. Reid 40 minutes to get off his first shot from play and an hour to manage his first (and only) point from play. This was meltdown stuff.
Faced with their forward line running into cul de sacs time after time, Cody et al broke the glass early. Colin Fennelly on after 32 minutes, Conor Fogarty on at half-time and Paul Murphy on after 46 minutes. Fennelly, while not seeming to do a lot, finished with 0-3 to his name while Murphy added some badly needed poise at the back. That Kilkenny won the match off the bench was because Dublin forced them to.
Against Offaly next Sunday the broader dimensions of Nowlan Park will allow them to prosecute a gameplan that foundered in Parnell Park. Start the XV that finished against Dublin?
Your correspondent would start the XV that began against Dublin. If they had Cody’s confidence last week, they should have it this week too.