McCalmont Cup final: Evergreen and Thomastown United battle it out for title of Cup kingpins in Kilkenny 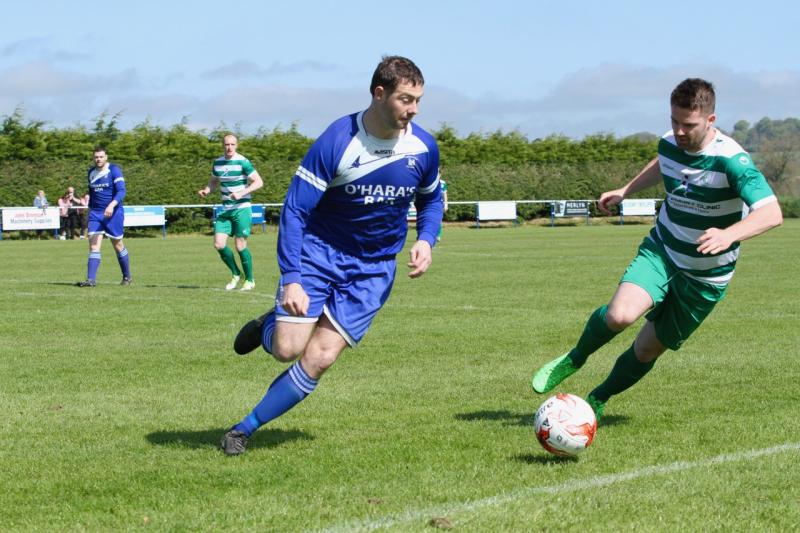 Thomastown United and Evergreen will battle it out for the McCalmont Cup final this Sunday. This will be the third season in a row the sides meet in the big game

One of the most keenly-fought rivalries the Kilkenny & District League has seen in recent years will go another round this weekend as Thomastown United A face off against Evergreen A in the McCalmont Cup final.

Sunday’s big cup clash in Derdimus (kick-off 4pm) will pit the reigning champions, Gary Maher’s Evergreen, against the last side to beat them in the competition, Stevie Walsh’s Thomastown.

The sides have duked it out across several competitions in the past few seasons (United loosened Evergreen’s grip on the Premier Division title when they took the spoils in 2015) however it is in the McCalmont Cup that the crossed paths have delivered the most entertaining games.

Fresh from winning the league in 2015, United continued their good run when taking the Cup at Evergreen’s expense on a penalty shoot-out in the 'Thunder and Lightning final' of 2016.

However, the city side swept all before them, including Thomastown, when they won the Cup as part of a domestic treble in the 2017 final.

That brought them to within two of Freebooters, who lead the roll of honour with 15 Cup successes to their name – no better motivation for Evergreen than to win on Sunday and close the gap on their cross-city rivals to just one title.

Their quest for a 14th Cup started in high-scoring fashion. They made an emphatic start to their McCalmont defence when beating Newpark 7-2 in the first round of this year’s competition back in March.

Peter Henebry and Sean Barcoe, who scored the winner in last year’s final, weighed in with a brace apiece in the city derby. Jamie Owens, Jason Quan and Lee Delaney were also on target in the big win.

They kept up that hunger for goals in the last 16, coming home from Castlecomer with a 4-0 win over Deen Celtic A.

The April game was lit up by Ben Hickey’s wonder strike while young midfielder Dara Keane showed the form that earned him a call-up to the Oscar Traynor squad by landing a second half brace. 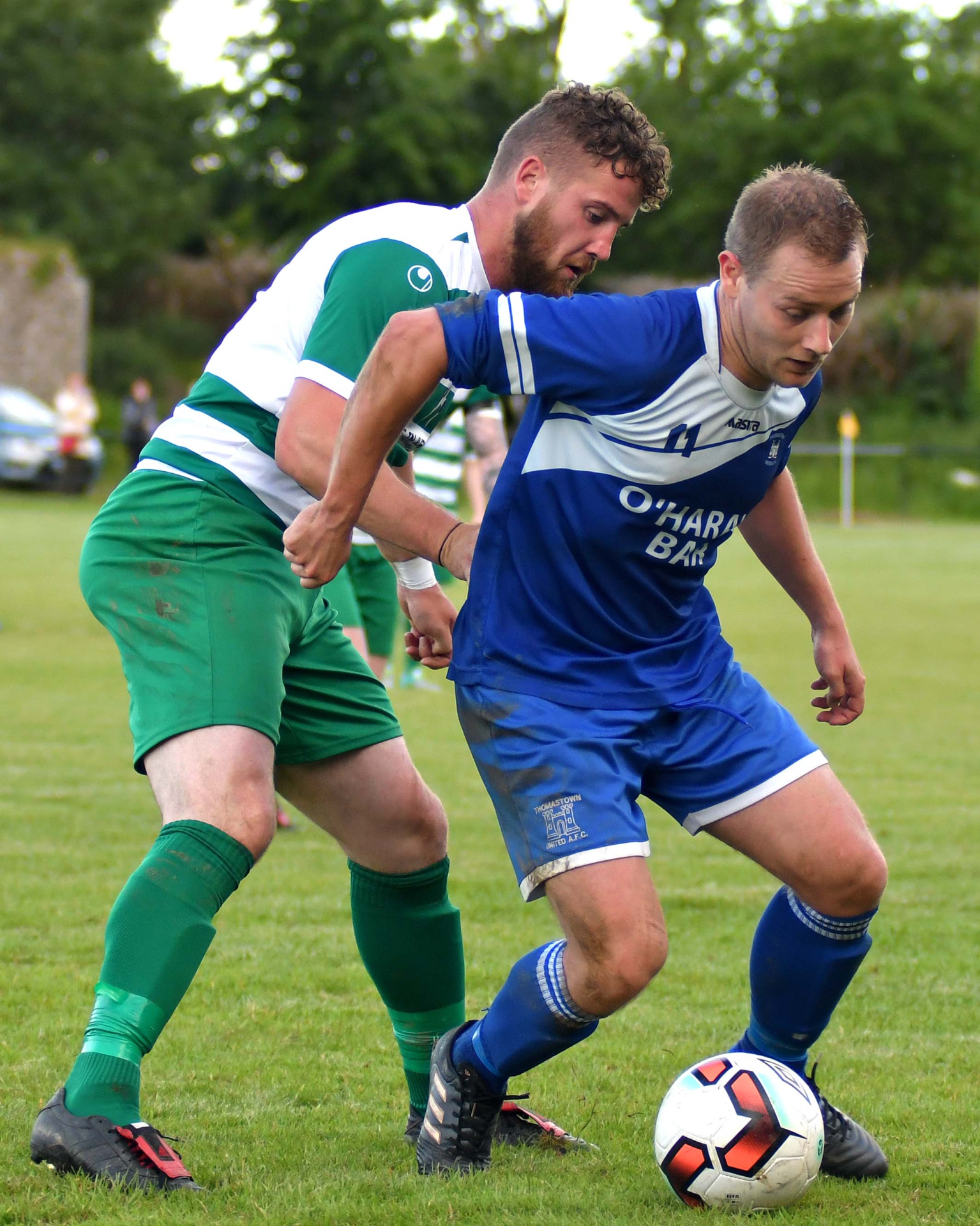 Sean Barcoe also got in on the act with the fourth goal to send the city side through to a quarter-final against Freshford Town. Despite being a Division Three side, Freshford showed their promotion-winning form by making life difficult for their visitors. It wasn’t until Barcoe struck that their resistance was broken. He would add a second, before Jason Quan and Chris Whearty completed the 4-0 win.

The semi-final put Evergreen in the strange situation of an outing – against Evergreen!

Conor O’Neill’s Evergreen C provided stubborn opposition in the semi-final in Derdimus and didn’t crack until Mikey Drennan broke the deadlock with a second half free-kick. Sean Barcoe continued his good form of scoring in every round by grabbing the second. With six goals to his name Barcoe is the competition’s top scorer this season. He will be keen to add another to his tally on Sunday.

While Thomastown United haven’t enjoyed the same level of success as Evergreen in the McCalmont Cup (their 2016 win was their first since 1976 and second overall) they have been equally as impressive when it comes to racking up big wins en route to this year’s final.

They went one better than Evergreen, scoring an 8-0 win in their opening round game against Deen Celtic B.

Nathan Sherry did the lion’s share of the scoring, helping himself to four, while there was an eight-minute hat-trick for Mick O’Neill and one for Sean Brennan in the big win.

Their strike-rate dropped in the last 16 win over Evergreen B. A goal in either half from C.J. Browne and Steven Connolly helped them carve out a 2-0 win and set up a home tie against Freebooters B in the quarter-finals.

This game saw Thomastown deliver a polished performance, as O’Neill and Connolly secured a 2-0 win over the city side. However, they let the shackles loose in their semi-final, earning a place in the decider and scoring some local bragging rights in the process as they beat Highview Athletic A 5-0 in Derdimus.

Veteran midfielder Dessie Walsh led the way by helping himself to two goals that day. Andy Kavanagh, a leader in the team, also impressed with a double of his own while teenager Rory Monks was sprung from the bench to add a fifth.

On the face of it both sides are equally matched. Both have scored 17 goals apiece on their way to the final (Evergreen have done so with nine players, Thomastown eight) while both defences are also mean.

Thomastown have the edge here – they have yet to concede in the Cup this season while the two Newpark goals in their opening game was the last time Evergreen’s defence was breached.

The similarities continue through the playing ranks, with both sides boosted by potential match-winners. While Barcoe remains a big threat for Evergreen they can also hurt team from set-pieces, with Mikey Drennan a real danger. In defence Niall Andrews and Lee Delaney have impressed with some rock-solid performances, while Jamie Owens and Dara Keane provide guile and strength in midfield.

Thomastown have plenty of aces up their sleeves too. A strong defence boasting the likes of C.J. Browne, Derek Brennan and Robert Skehan has provided a solid foundation.

Andy and Robbie Kavanagh have used their boundless energy to the full, while Steven Connolly’s tireless work-rate and Mick O’Neill’s craft always impress. In Rory Monks they have a teenager who has no fear of opposing defences – a cameo in the 3-2 league loss to Evergreen, in which he scored two late goals, proved as much – and his nose for goals is a real skill.

Can Monks lead United to glory, or will another Barcoe goal bag the title for Evergreen? Sunday will tell all! 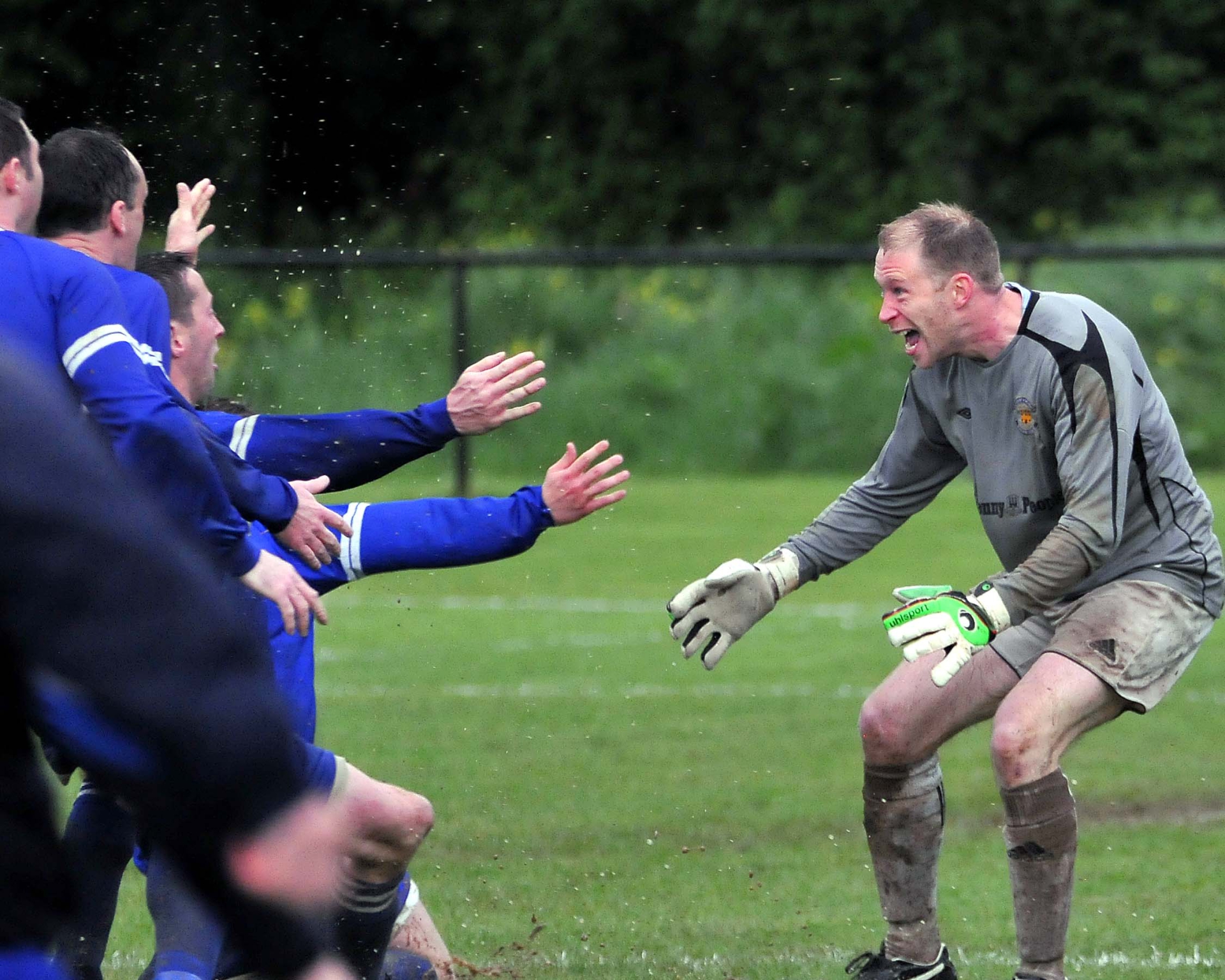 Thomastown United goalkeeper Paul Dunne is swamped by his team-mates after saving Packie Holden’s penalty in the sudden death shoot-out in the 2016 McCalmont Cup final. 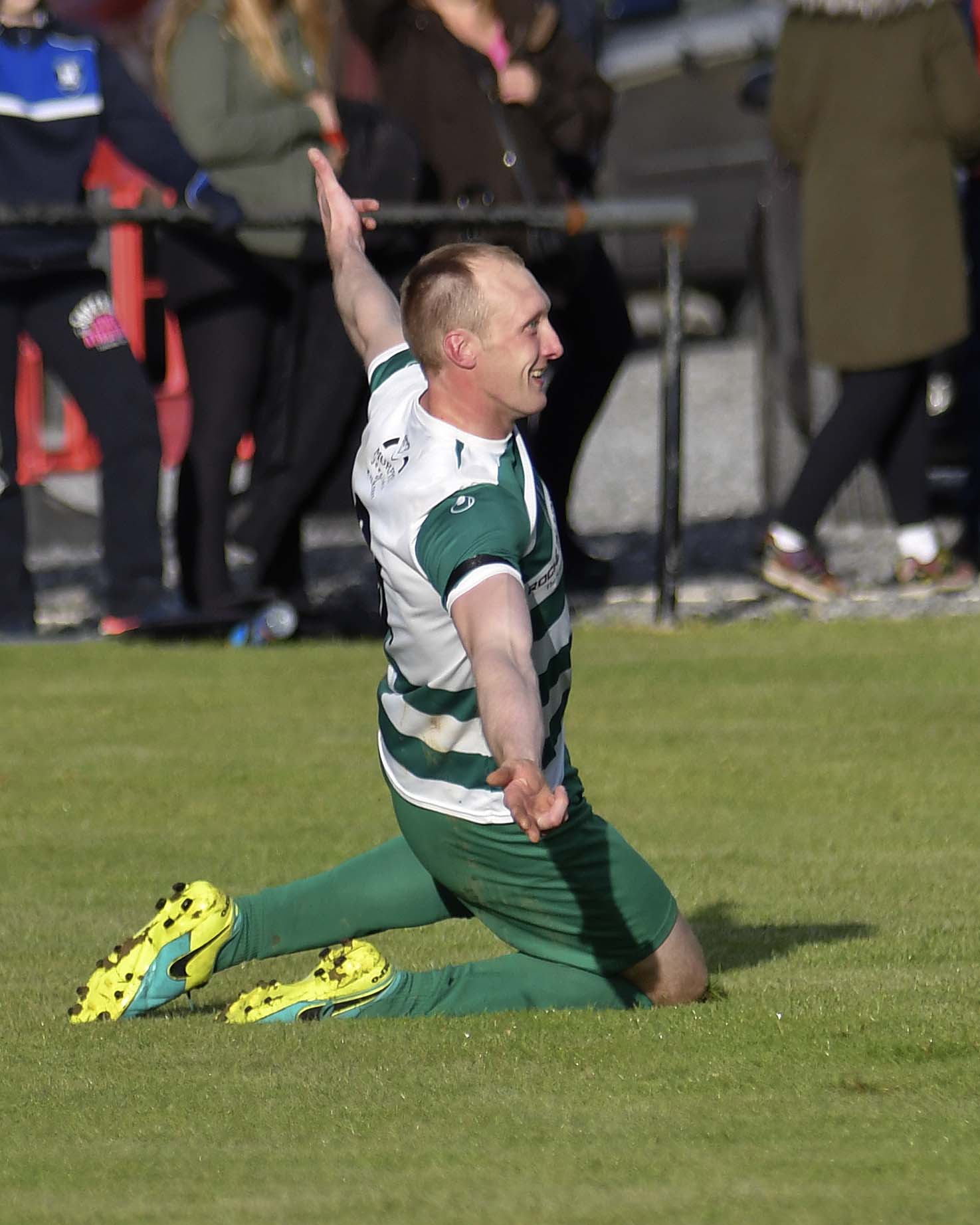 Sean Barcoe was the man of the moment as Evergreen A won the McCalmont Cup, one leg of their domestic treble, in 2017.

Although they fell behind to a Mick O’Neill goal two second half strikes from Barcoe and Jamie Owens put the city side in front. A Rory Monks goal sent the tie to extra-time but with 10 minutes left Barcoe struck again to seal Evergreen’s 13th Cup title.